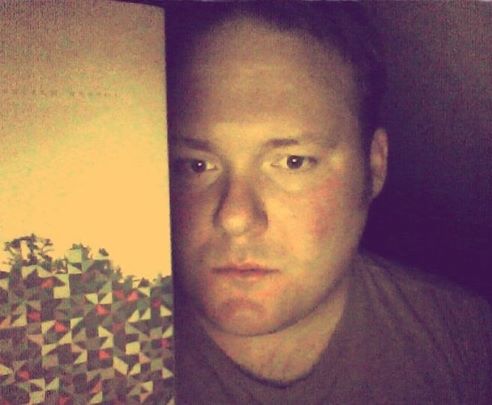 About half way through To Keep Time, Joseph Massey has a poem with an epigraph. It comes as something of a shock. Not because of its content – in tone and subject matter, it’s very close to Massey’s own work, which attends to the metamorphoses of weather, season, objects, light, and sound with assiduous accuracy. Rather it’s because the name of the other author is given. Again, there is nothing inherently shocking in the name (of a poet I hadn’t heard of previously). But Massey’s annotations of consciousness buffeted by physical phenomena (passing through the hours of the day, scored less by moods than different forces and angles of attention) are so mesmeric that I had forgotten other people exist.

The world of journalism is usually grateful for content-driven poems, especially if that content connects with social issues and political movements. It satisfies a craving for high culture, yet does not forego practical facts, recognizably connecting with the rest of the  text in which they are embedded. Poetry has so often set itself irresponsibly and self-indulgently apart from these things, talking about spirit and self, ignoring the fracas around it – like a sermon about Christian love in a segregated church. Early nineteenth-century poets such as Wordsworth, Keats and Coleridge have been arraigned for the way they attended to soul-matters, overlooking the social unrest of their age – their beautiful “spots of time” purchased at the expense of the English poor, starving, injured, displaced. Such arguments have, at least in the US, turned also on the race issue: how could Emerson have insisted on the freedoms of the individual spirit, when the nation to which he paid tax deemed slavery legal? This is not only a question of political correctness, but rather it concerns the tendency of poetry to talk about issues most people don’t care about. For world fame, Byron will always trump Wordsworth simply because he has swaggering, outrageous stories of politics, sex, love, violence and intrigue.

Usually when poetry turns to the individual and the spirit, it includes love, but Massey lacks even this. There are no accounts of relationships, no “I love her” and “she loves me”. But many other types of relationships are described, for instance when he describes how:

Thorns hitch
half-spun web to half-
spun web
where brush
twisted into itself
twists outwards, filters
shadow through vines:

Do thorns hitch spider-webs together? It depends how you look at it. In another poem a curb is sutured to a street by a palm tree’s shadow. The way Massey puts it, you’d think that the point of the thorns’ existence was to make such connections. He blithely overlooks the functions that we would normally consider first. Likewise, televisions exist in his perception not as mediators of video-content, but for glazing a kind of white light on a lawn. This is a liberation of sorts.

It is also a kind of religious belief in the sacredness of objects unsullied by human communication, as though he wishes to reveal what the world is like without us, and without our descriptions of it in language, which has its own protocols and vectors independent of what it denotes. It’s a paradoxical position for a poem to take. For Massey uses internal rhyme, assonance, repetition and alliteration to create a dense linguistic texture. Humanity is present in this care and concern for the word, as he stewards language into new shapes in response to the way he sees. Some of the poems hinge on the following verbs: hitch, suture, track, strain, trade, anchor, twine. These describe dynamic relationships, many of which are unnoticed by the mundane eye. By creating these tiny word devices (many of the poems have only about 20 to 30 words) he sutures our consciousness to objects in new ways. Or makes it strain against them. Or anchors it in them. And so on. At least for a while.

He has a further important instrument at his disposal – short lines. He is always, ultimately, grammatical, but the delicate enjambments briefly but frequently prevent the reader from deciding what parts of speech make up the line. For instance, the first and last lines above could be two nouns. The “shed metal” also shimmers with alluring uncertainty. These allow him to create momentary confusions against clarity, and the great achievement of these poems lies in the way he orchestrates our confusion and understanding, nudging gently against us, letting us move faster, slowing us down again to see where and what we are.

Are poems like this beside the point? Refreshingly, they don’t even understand such a question. Here, the talk radio that floods our days is merely a staticky noise that the wind trades texture with. Massey is a latter-day Anchorite, abstracted salutarily from our distractions. He mocks himself for this – it’s not enough to live in a world like the one his book describes – but a soujourn there healthily alerts us to the other world we live in, one we mostly overlook but will always be there waiting for us.

Read more by Justin Quinn in B O D Y: