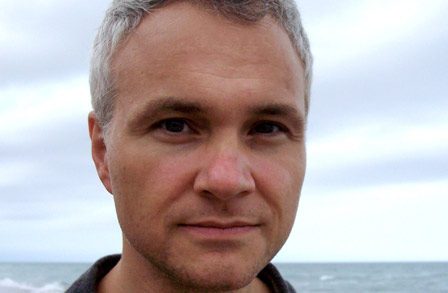 Over two decades ago, Vernon Shetley remarked that most experimental poetry is too easy. Despite their surface chaos, the texts can be unlocked with one of a small number of keys: bourgeois subjectivity is deconstructed; patriarchal codes in the symbolic order are radically transgressed. Shetley also analyzed the poor technique of some of the protagonists of what was then called New Formalism. His book, After the Death of Poetry: Poet and Audience in Contemporary America (1993), is one of the best books of criticism of the last few decades, salutary for the way that it rejects the binary of the raw and the cooked in American poetry, concentrating on what was released by deeper engagements with poetic form, whether in the wilder reaches of late Modernism, or the patterned gardens of the formal tradition.

Where does Joshua Mehigan’s work fit in here? Certainly, it frequently makes sense, it frequently rhymes and it frequently scans. Moreover, there is an identifiable lyric subject, a coherent voice that addresses the reader in an affable manner. Yet one does not feel safe at all when reading Accepting the Disaster: the ironies fold into heartfelt lyricism, and back again, in unexpected ways. The voice is either angry and despairing, or jaunty and upbeat: this changes from line to line, or indeed with the angles at which the reader holds the book to the light. Like an idiot savant, Mehigan tries to talk about every subject in as plain a manner as possible, but because the world is complex, sardonic, knowing, this often leads him to cliffs that give a shocking view of contemporary life.

The allusion in the collection’s title also indicates the way that Mehigan’s voice segues into other voices at every turn. You think you hear Bishop, Ashbery, Stevens, or even, as the blurb has it, Studs Terkel. So you lean towards the page to find that no, it’s merely Mehigan again, calmly and methodically telling you what’s happening. This happens again and again, and one begins to realize that Mehigan – delicately, artfully, seductively – contains multitudes. Derivative? Gloriously so. In this way, the book is deeply original, as it contrasts with the many poets who try to set themselves apart by contorting our language in strange ways.

Moreover, as the title indicates, the poems not only survey disaster, they learn to accept it. Although terrible things are described, Mehigan insists in making a song of them. As though the premise is: if the world’s going to end, we’ll need a tune to whistle, a few words to say to ourselves, or to hear from someone close to us. Facing such disasters, the poems avoid cant and consolation, savagely attacking saccharine solace. In “Heard at the Men’s Mission” this is done in a vignette:

How many sons-of-bitches no one loves,
with long coats on in June and beards like nests –
guys no one touches without latex gloves,
squirming with lice, themselves a bunch of pests,
their cheeks and noses pocked like grapefruit rind –
fellas with permanent shits and yellowish eyes
who, if they came to in the flowers to find
Raphael there, could not be otherwise –

have had to sit there listening to some twat
behind a plywood podium in the chapel
in a loose doorman suit the color of snot,
stock-still except his lips and Adam’s apple,
telling them how much Jesus loves the poor
before they got their bread and piece of floor?

The pleasures here are multiple. There is the sure use of profanation from the outset: people describe such men as sons of bitches, and in the first line, we’re not sure whether the speaker sympathizes with the bums or despises them; that uncertainty creates a helpful tension. There’s beautiful social observation in the latex gloves. And there’s humor in an archangel staring into their apathetic eyes, as they lie stoned, drunk or injured in the flower bed. Then Mehigan flips his ironic gaze elsewhere, in a Brechtian invective against those who would moralize to hungry and exhausted men, revealing an unexpected civic concern, brusquely Horatian and urgent. The great surprise is that he cares.

Of course, homeless shelters do not augur global catastrophe, but Mehigan disturbs us by finding larger contours in detailed observation. We give ourselves over to his descriptions, and then “finally we accept[] the disaster”:

And crowds moved. Cities sang with grievances.
Long wars were waged by secret caucuses.
Flesh-eating plants grew in the provinces.
The rich, sobbing, were dragged from their terraces.
The temples burned with heartfelt pointless promises.
And the round wind came across the dry plains daily.

The smaller moments – such as that recounted in “Heard at the Men’s Mission” or when he picks up a shark’s tooth in the final poem – are “like a gift, or like bait, held out to me”. Mehigan can’t decide which it is, and we profit, page after page, from his marvelous indecision.

Read more by Justin Quinn in B O D Y: