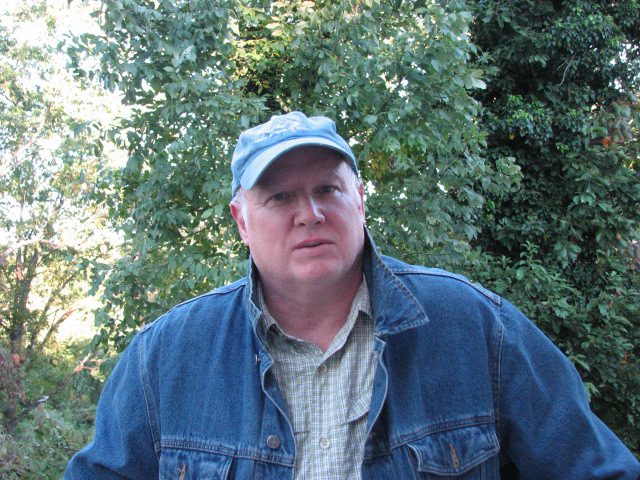 A TRAIN: THE SCOTTSBORO BOYS

There is no such thing as past or future.
–Carlo Rovelli

There is nothing to stop you, hearing the box cars
clanging into one another in the Chattanooga freight
yard, beyond where the moon presses like a fist
into the ridgeline, nothing to stop you from imagining
them hopping the freight safely all the way to Memphis
despite knowing how inside each box car is a place
we never finally reach.

Not History then but their last free
night simply one of heavy rain pressing against the supple
fields further on down the line, that is, Painted Rock,
a stop that shouldn’t be a stop except for

the story
the two white women will not retract, despite the fact
that inside each story we tell another writes itself,

but there is nothing now to stop you from imagining
that maybe they do not throw the white kids off the train,
leaving no witnesses, that the sheriff does not hold them,

that instead he stands amazed at how the crows
witness this from the broken branches of a dead tree,
or the grass seems to flow in unconcerned rivulets,

and you do not have to see the boys themselves shackled
and wondering what it was back before Chattanooga,
before Scottsboro.

where the kites someone is flying seem to them to be
pointing, no, jabbing accusations, though they too are
hidden over the hill,

but maybe it is just the first birds
collecting their own stories to build another nest, the fox’s
blur against the trees.

And months from now, maybe years,
still enough time for another version where each tree does
not hold a future club, each vine not a rope, that inside
each death is not another death,

for this is your story to make
and it will not disappear the way our shadows do when
we die as the child once asked,

a child not much older than
the gator bait children of the twenties, or the Wrightsville
School boys of 1959, their stories padlocked in a room
the size of a box car and burned,

all of which appear here
because inside each word some memory stalks another
memory and without hearing it you know it is there,
the way our dreams continue on without us,
the way one star spills its light against another star
beyond what we will ever see, where time echoes
back and forth in their light

and there is nothing here
to stop you from imagining a way to uncouple the story,
and even if we were to return you would not even know
where you were, the clouds covered with footsteps, the tracks
failing, the dreamt landscape yielding to a certain day,

March 25, 1931, waxing moon, calm wind, a steel chill,
the beginning broken, the end beginning, trying to love
what is human and failing, despite what seems to travel
now in the boxcars of the heart, one hate inside another hate.

RICHARD JACKSON is the author of 15 books of poems and the forthcoming Where the Wind Comes From and New and Selected Poems. Previous books include Broken Horizons, Take Five and Out of Place as well as editions of Slovene Poetry, interviews, translations and essays. He has won Fulbright, Guggenheim, NEA, NEH and other awards and the medal of Freedom from the President of Slovenia.

Read more by Richard Jackson in B O D Y: