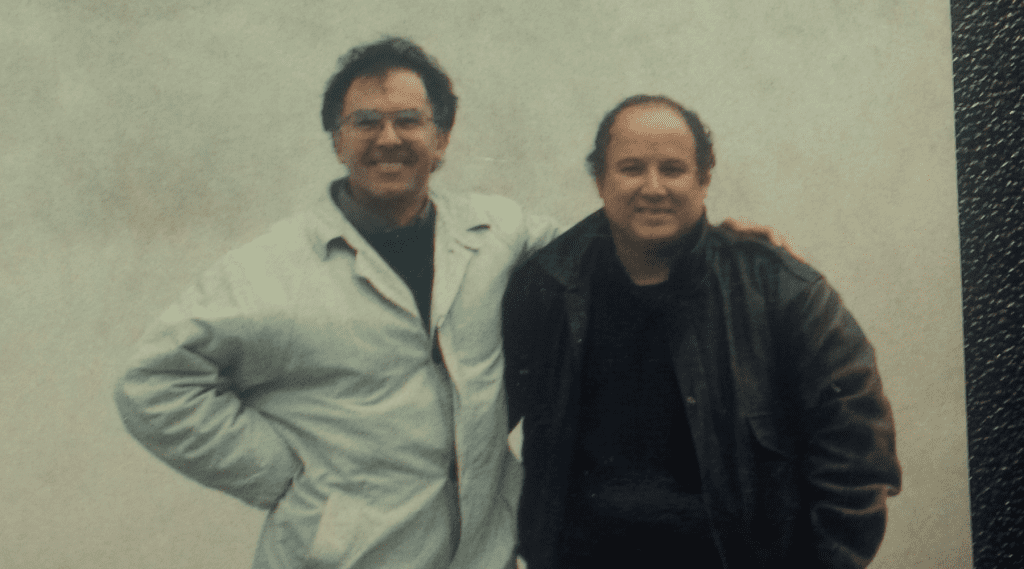 It exists only in the mud puddle just as Escher saw another world at the bottom of his painting, but here now, 8,000 miles from you, where the moon tries desperately to reflect its reasons, where the cat comes to sip and turns away, where the tracks leading away disappear after a few steps, where the sun now seems to only paint shadows of tree limbs, and a few passers by who avoid the puddle, as it slips down behind a hill ,but not your shadow which has wandered off without you into its own darkness from the Peračica Viaduckt where rope jumpers used to free fall into another world, as above them the paragliders turned pages of the wind writing new stories with each turn, and beneath it all the tiny stream still cuts into the rock on its desperate journey that knows no end.

Not like Zecheriah who became mute because he didn’t
believe the angel’s words. But instead, those few dates
traced in the table dust at the outdoor café, birthdates,
it turned out, for friends we might have in common. A few
years after the stroke. How does anyone not feel shuttered
by that? The sky was a mirror for what we never said.
Our words exist only for what is absent. Our loves exist
because the moonlight evaporates before we can hold it.
Sunlight splintered on the clouds. Our own reflections,
traced on the surface, continued downstream somewhere.
The roads, too, never agree on any destination. So it seemed
the moment we were waiting for got mislaid. It arrives now,
too late, as I am listening to your left hand piano that flutters,
a hummingbird questioning a flower, threading through
the heart with the silent language the angel would understand.

We are under an invincible blindness as to the true and real
nature of things… All the choir of heaven and furniture of earth—
in a word, all those bodies which compose the frame of the world –
have not any substance without a mind.
— George Berkeley

When we reached finally the edge of the cliff we saw
that we were no longer able to see. We seemed to live
in the space just beyond the rim, created, perhaps,
by the wings of butterflies we heard cutting at the air.
We rubbed against colors – the bark of pine trees,
the questioning updrafts, the gravel answering our steps.
There was a feeling someone else was there, or had recently
left. We seemed to walk between our own words. And
what was that slipping gingerly through the underbrush
behind us? Someone guessed only a ground thrush,
another a fox. It was only then that we began to understand
that the world we see is not the world we see. Somewhere
a star was exploding. By this we knew another world
had died which we would hear of in another age. We could
feel the sunlight peeling the shadows from the obstinate earth.
It was a long way to the other side, a distance we measured
the way dolphins use the echoes of their sounds to navigate.
This was the clarity through which we came, finally, to see.

There is in all visible things an invisible fecundity,
a dimmed light, a meek namelessness.
–Thomas Merton

Another burdensome fog shrouds the harbor lighthouse.
Bluegills just offshore snap and flick the surface with enough
flash to replace the long dead stars. These nights the soul leaves
the body to voyage on its own. A few late gulls scavenge lost
memories among the sea froth. Infinity listens to the oceans
imprisoned in conch shells for assurances. We gaze into the skies
in each others eyes for ours. The lobster boat with its running
lights has returned late. Some nights there is a phosphorus
glow that imitates the milky way. We are all looking for words
that seem to float endlessly out of reach like aimless messages
in stoppered bottles. As a boy I used to catch starfish, keeping
them in pails of water so they wouldn’t crinkle like paper.
It was like carrying my own universe with me. It was here
that land pirates lured ships onto the false harbor of the rocks
for salvage. Only the Storm Petrels nesting on the surface beyond
the horizon knew their truths. Theirs is a life with no need for
center or circumference as they float in the midst of their own
reflected universe that maps the darkness below them. And you,
if you stand here long enough you realize it is we, too, who spin
with the invisible stars. If you follow those lovers’ footprints
leading off into the dark beyond the town lights, you find, if
you are lucky, the shadows of the stars that long ago deserted us.

RICHARD JACKSON has published over twenty books, including thirteen books of poems, most recently Retrievals (C&R Press, 2014), Out of Place (Ashland, 2014), Resonancia (Barcelona, 2014, a translation of Resonance  from Ashland, 2010), Half Lives: Petrarchan Poems (Autumn House, 2004), Unauthorized Autobiography: New and Selected Poems (Ashland, 2003), and Heartwall (UMass, Juniper Prize 2000), as well as four chapbook adaptations from Pavese and other Italian poets. Traversings (Anchor and Plume), an exchange in poems and lyric prose with Robert Vivian, will appear in April 2016. He has translated a book of poems by Alexsander Persolja (Potvanje Sonca / Journey of the Sun) (Kulturno Drustvo Vilenica: Slovenia, 2007) as well as Last Voyage, a book of translations of the early-20th-century Italian poet, Giovanni Pascoli, (Red Hen, 2010). In addition, he has edited the selected poems of Slovene poet, Iztok Osijnik. He also edited nearly twenty chapobooks of poems from Eastern Europe. His own poems have been translated into seventeen languages including Worlds Apart: Selected Poems in Slovene. He has edited two anthologies of Slovene poetryand Poetry Miscellany, a journal.. He is the author of Dismantling Time in Contemporary American Poetry (Agee Prize), and Acts of Mind: Interviews with Contemporary American Poets (Choice Award). He was awarded the Order of Freedom Medal for literary and humanitarian work in the Balkans by the President of Slovenia for his work with the Slovene-based Peace and Sarajevo Committees of PEN International. He has received Guggenheim, NEA, NEH, and two Witter-Bynner fellowships, a Prairie Schooner Reader’s Choice Award, and the Crazyhorse prize, and he is the winner of five Pushcart Prizes and has appeared in Best American Poems ‘97 as well as many other anthologies. Originator of VCFA’s Slovenia Program, he was a Fulbright Exchange poet to former Yugoslavia and returns to Europe each year with groups of students. He has been teaching at the Iowa Summer Festival, The Prague Summer Workshops, and regularly at UT-Chattanooga (since 1976), where he directs the Meacham Writers’ Conference. He has taught at VCFA since 1987. He has won teaching awards at UT-Chattanooga and VCFA. In 2009 he won the AWP George Garret Award for teaching and writing.

Read more by Richard Jackson in B O D Y: