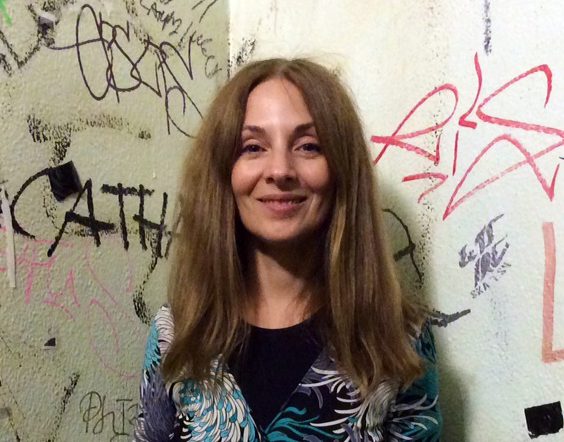 
In the temple, everyone went about with a mirror. Every parishioner would bring with them a pocket mirror and, capturing the rays of the sun that penetrated through the stained glass windows, redirect these halos of light onto the face of the Madonna, from which it shone brightly in the trembling semi-darkness. Copulating directly under the altar were a pair of stray dogs. The bitch was large and shaggy and the male, puny and scrawny. Nevertheless, it seemed that his member was, at the same time, unusually long. The entire time the dogs copulated the Abbot was telling us an anecdote. But because he had forgotten how the story ends, he faltered in the middle of it, so that one of the parishioners was obliged to explain that anecdotes have this property, that they freeze in the middle when they are told in a temple.

When the dogs had finished their business, they were, for quite some time afterward, unable to disentangle, and the Abbot asked us not to disturb them. After he had anointed them with holy water, they slid apart and scurried out of the temple. I followed them out into the street.

It was a lush and golden autumn day. The September light poured down from the heavens and the peasants were carrying heavy baskets spilling over with vegetables to market. I took a detour, away from the city’s center and, without even being aware of it, found myself on the outskirts of town. The forest began immediately after the last house. I could hear a jumble of sounds coming from somewhere: roaring, barking, rumbling. The forest had turned yellow and crimson, and remarkably transparent. It smelled intensely of apple cider, and I headed in the direction of the noises. The denser the forest became, the more the smell intensified. Passing an outcropping of cliffs, I came out to a lake. The racket was coming from here. A pungent steam was rising from the lake, and its shores were crowded with animals, as though I’d come upon a fairy tale painting of Noah’s Ark. Moose, spreading their horns like agile gymnasts, were lapping at the water in the lake. Trampling the grass nearby were deer, beavers, bears, and foxes. They were all doubled, reflected in the lake, floating on the surface of which, tinged a rosy color from the leaves, were a slew of fallen fruiting bodies. And this was the source of the apple cider smell – entirely like the real one but produced by nature itself. Having taken just a few steps away from the lake, the animals became intoxicated and unable to walk firmly in a straight line. They blared their horns, barked, and chattered wildly in their inebriation. The fermentation dazed the bears, and growling, they would knock over trees, tearing them out of the ground along with their roots. The foxes were biting the wolves, the bison ramming the deer, who all fell dead, and the moose bayed like trumpets.

I decided also to drink from the lake and, because there was no flat embankment nearby, I found a flat strand of tall reeds that I could also use for a straw. And so, I started drinking the autumn cocktail through this straw until my head became clouded over. Soon, it seemed to me that I was transported inside a temple. All the parishioners were holding a mirror in their arms. I felt about in my pocket and also found a mirror, used it to capture a ray of light, and redirected it onto the face of a fox that was serving as the congregation’s priest. She was holding a piglet in her arms that was suckling on the milk flowing from her breast. A dog was sprawled on the floor nearby panting heavily. Its mouth was wide open, and I could see that its teeth were covered with a sheet of gold.

JULIA KISSINA was born in 1966 in Kiev, Ukraine, to a Jewish family, and studied dramatic writing at the Gerasimov Institute of Cinematography in Moscow (VGIK). A political refugee, she immigrated to Germany in 1990, where she later graduated from the Academy of Fine Arts in Munich. A longtime member of the Moscow Conceptualist movement she is one of the better-known authors of the Russian literary avant-garde. Kissina is also known as a visual artist, having devoted herself to conceptual photography in the 1990s. She is the author of several collections of short stories and four novels, including The Devil’s Childhood (1993,) Springtime on the Moon (2012,) and Elephantina’s Moscow Years (2016).

ALEX CIGALE’s first full book, Russian Absurd: Daniil Kharms, Selected Writings, came out in the Northwestern University Press World Classics series in 2017. In 2015, he was awarded an NEA Fellowship in Literary Translation for his work on the poet of “the St. Petersburg philological school”, Mikhail Eremin. His own poems in English have appeared in The Colorado Review, The Common Online, and The Literary Review, and translations of classic and contemporary Russian poetry in Harvard Review Online, The Hopkins Review, B O D Y, Kenyon Review Online, Modern Poetry in Translation, New England Review, TriQuarterly, Two Lines, Words Without Borders, and World Literature in Translation. He recently edited the Russian issues of the Atlanta Review and Trafika Europe, and until recently was a Lecturer in Russian Language and Literature at CUNY-Queens College.

Short story in Sensitive Skin
Short story in the bilingual Penguin anthology Short Stories in Russian
An excerpt from a novel, Eagles and Partridges, in Jewish Fiction
Author’s Website