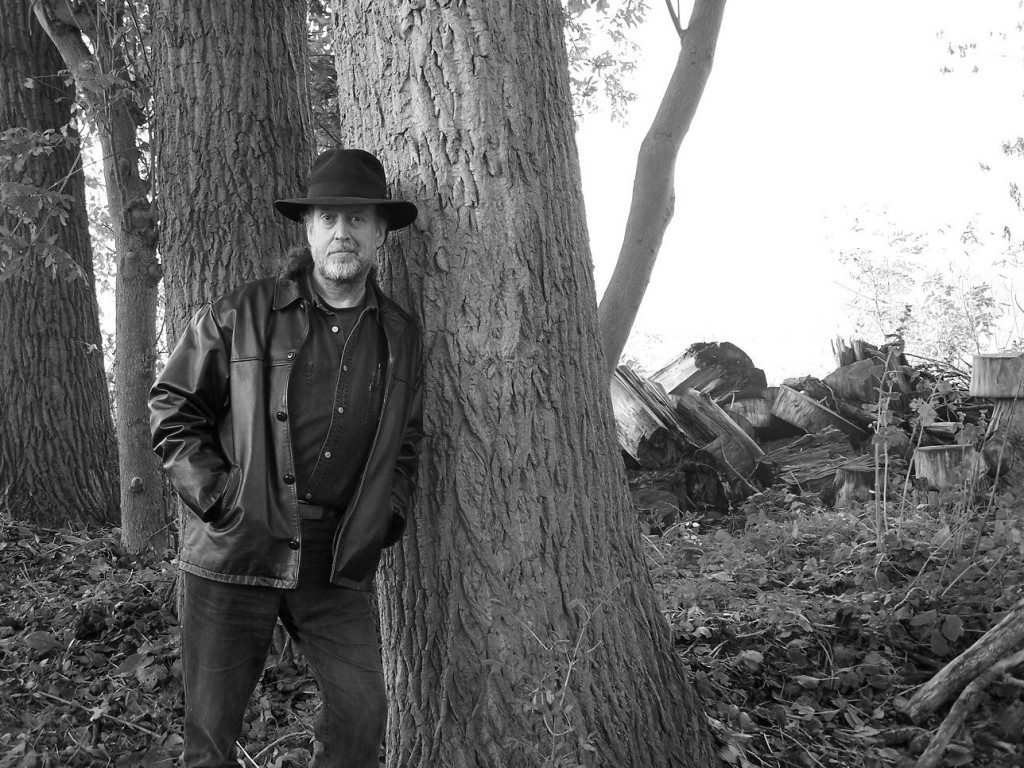 WAITING FOR THE VULGARIANS

The painter paints a poem in black & white.
The poet paints a fist full of flowers,
a cloud held aloft by angels, a syringe
loaded with bliss & one voluptuous bystander
bestowed with the innocence
of her own making, scanning the emptiness
across its breadth & depth while taking notes
for her own personal book of disquiet.
From here on out it’s cluster versus manifold
& the slippery mercy of a harbor town
in thick January fog, analog to something
that runs in another direction;
drinking spirits & fingering toadstools
under a rain-thrumming tin roof,
a bowl of porridge & a nickel-plated revolver
on the kitchen table, the owl-skull ashtray
swarming with stale butts.

Born into traffic and commerce—the dawn
sliced up precisely into Venetian-blind swaths
intersected by the nebulous filigree of
naked winter branches like some old Japanese woodcut.
Beyond the shadows, a cold lamp lit by the sun.

On the radio in the kitchen, Verdi’s “Prisoners’ Chorus”
and its attendant associations by way of the crucible of
experience—the devotion that becomes abandonment
and death being the first step toward indestructability.
The multifarious ambiguities fanning outward like the
swishing feathers of the Bird of Paradise as it goes
strutting through the riptide of desire.

360-degree Hieronymus-Bosch-panoramas of
Altamont Speedway at night lodged in the memory
worth more than a drawer full of rotten apples. But it’s
not a world of appearances; it’s an appearing world,
into which you eventually disappear.

The sheen of the skin speaks volumes but the musky
stench of decomposing flesh rings truest. Like the
carefully chosen words of the sanctimonious soothsayer
standing at the crowded bar with the raindrops still
glistening on his electric guitar.

Walking away from the camera—
treading the fine line
between memory and its antonym—
past time passing by and that
two-part harmony
created by the ongoing discourse
between the living and the dead—
the vexing enigma of roses
blooming in the Hafenstrasse
in late December—
like some kind of prophetic
Teutonic oracle
speaking in tongues of color.
In order to be lied to
you mustn’t know the truth
but the truth
is inside you whenever you lie.

MARK TERRILL is a native Californian and ex-merchant seaman stranded in Germany since 1984. Holding no degrees or diplomas whatsoever, he has authored over 20 collections of poetry, prose and translations. Some “career” highlights include getting drunk with Gregory Corso, getting stoned with Paul Bowles & Mohammed Mrabet, and being anthologized by Lawrence Ferlinghetti. A complete bibliography is available on Wikipedia.

A translation of Rolf Dieter Brinkmann’s “Some Very Popular Songs”

“A Poem for Parking Lots” in Rattle

“The Stream” and “The Sweep” in The Brooklyn Rail