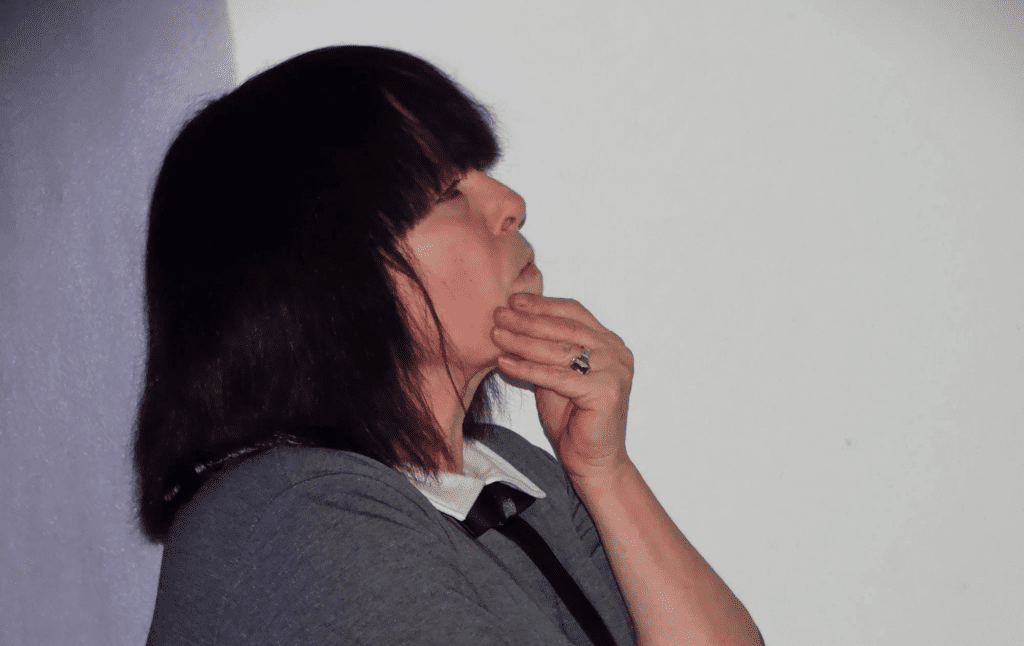 Hum in the corridors of veins, plantations
of sinews around; the body fully buttoned up
doesn’t let you see what goes on in you.

You and this body, you live together and apart,
under the same name, usually in silence.

What are the habits of what you have inside?
Do you both sleep or does one stay awake,
watching the pulse, the warmth, the breath?

A living thing in a living thing, close and unknown;
at times somebody enters and starts bossing around,
sees everything up close, touches and breaks, and you
can’t even tell who is hurting more.

Only the head seems in common
and the blood is shared, spilled like a river.
The rest is far away though right under the skin –
a safe with a rusty lock.

I’ve moved into the world speckled
with blood, with a safety belt cut off.
Was it raining then? At night or perhaps it was
early morning, my body was building itself from scratch.

They knew more than I did, but there is
nobody to ask now. Since life felt like
it didn’t belong to me, I wanted changes.
There must be some story beyond the body.

The witnesses left and took the memory
of me. They left me in pieces, confused, grown up.
And since I stopped growing, I remember less and less.

Stays in front of the door and waits;
I never open telegrams
about death. Let it all
take place on the other side.

I don’t open, it’s only
a few lines of truth. Apart from the silence
almost nothing seems right.

Perhaps only that it’s the window and, luckily,
ground floor. Such abyss is nothing for me.

Whose is this peace? Who was it lied to?
Streets go blind from explosions, houses collapse;
with them I go, I lie in piles
by the kerbs. Defeated, we pretend to be
dead, unrest is on the rise though.
There were so many of us, we were so real, where
are we? Myself, I can’t get scared,
I don’t know what scares me. No war in sight,
but I can feel it. Life has cowered in me
and waits for some support. It used to be promising –
now it’s a life sentence closing the gate with a bang.
Nothing to fuck up and nothing to do it with. Simply nothing.

I have a pain in my head, there was another
break-in and nothing seems to work.

Tongues got twisted and now I have to
think spatially, bite into the knots
of the speech, fix each word, one by one,
untangle; and do it quickly while it’s still hurting.

Don’t shout, don’t beg. When I burrow all the way
to the ears, then you can talk to me.

MIRKA SZYCHOWIAK is a Polish poet and short story writer. So far she has published four poetry collections (Człap story, Jeszcze się tu pokręcę, Proszę nie płakać and Gustaw znikąd). Jeszcze się tu pokręcę was nominated to the Nike Award (Polish equivalent of the Booker Prize) in 2011. Mirka was also awarded numerous other literary prizes in Poland. Her poems have been translated into English and included in Free Over Blood anthology published by Off_Press. Her short stories in English translations were published on the European Literature Network website as well as B O D Y Literature. She has published her first short story collection called Gniazdozbiór in 2015. She lives in Księżyce near Wrocław in Poland.