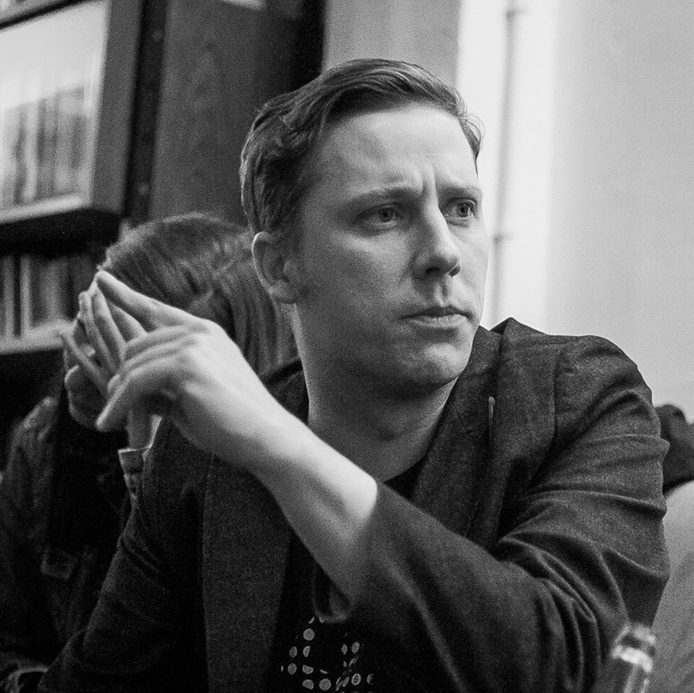 THE BALLAD OF MARSZAŁKOWSKA STREET

Wise heads know where the boundaries of humanity lie, and the boundaries of humanism, and of humanness. Bound up by these boundaries as by lengths of thread, they walk through life stiffly, slightly hunched, arms close by their sides, like football defenders afraid of incurring a penalty. Hey, wise heads, what can you do with such arms and hands? Wind up a watch for a peaceful death, not much more. Me, of course, I’m the opposite, ladies and gentlemen, by your leave (as if!), I have arms that stretch the whole width of Marszałkowska Street, and as I walk to get me them beers at the all-night off-licence, with the index finger of my left hand I write in the grime on the windows on the even-numbered side, ‘Yes Vico! No Vice!’, and with my right arm I sweep up the beauties standing on the odd-numbered side and whisper obscenities in their ears. And when I get bored of this, with both hands I pull down pigeons off the roofs, to check if they have any messages for me, from this world or another. But they never do.

No matter, I’m walking to get them beers; I could walk to get beer but to be so correct would ruin the pleasure, so I’m walking to get them beers, as the good Lord commanded, and I stamp my feet to make my march more regular, and I look into the eyes of those I pass without fear. I try to peer into their souls, but either the place where their souls should be is cluttered with phone numbers and lines of fine print (which look like crow’s feet) or they keep those immortal souls of theirs between covers, in dust jackets, wrapped in glossy paper or in plastic bags. Out of fear, I guess. Me, I’m the opposite, of course – my soul is in full view, as if it weren’t just my shirt that was ripped but my flesh too, and it’s right here, my clownish soul, winking at you with a tear in its eye, because like a steam engine it’s powerful and full of emotion at the same time. And when it so happens, and it happens rarely – so close to ‘never’ that it’s as if ‘rarely’ and ‘never’ were neighbours for years and said ‘good morning’ to each other every day – when it so happens that I manage to make out a soul in one of my fellow human beings in Marszałkowska Street (of course it could be in Dolna or even Daleka), I stop and politely ask, ‘Will you come for beer with me?’ I introduce myself, feel the other’s hand in mine and ask, ‘Will you come with me for beer, which I haven’t got yet? Which I’ve been walking to get my whole life, it seems? Will you come with me to drink beer, which after flowing though our throats and innards will cleanse our souls and make us nearly free from sin? I have the right amount of cash, the power of speech and an excess of spiritual desires, so let us go straight from the shop to a springtime bench, and let us drink them beers and have no secrets from each other.’

The worst thing of course is that even this Michał or Radek or Andrzej, who has such a distinct soul it shows through his eyes like a nipple through lace, even he usually isn’t bold enough. All boldness has been taken away from us, converted into boorishness and handed back like the butt of a Cuban cigar. So this Michał or Radek is embarrassed; he averts his gaze, hides behind wives, children, false friends and the dialectical philosophy of Hegel. Do I try harder to persuade him? Do I stand in his way like a scarecrow for humans? Do I grab him by his neck and wait till the fingers of my right hand meet those of my left at the back? Do I shake him so that his soul starts knocking against his ribs, like the souls of holy men in the Syrian desert long ago, when temptation would literally hurl them about among the sands? Usually not, usually I just turn away on my revolving heel, as if I were the revolving doors of the Hotel Bristol, and whistling to myself I continue walking to get them beers at the all-night off-licence, and I quickly forget all that’s bad, because if I remembered I would have to immediately make an attempt on my own life, but of course I don’t want that, I’m as far from that as the Bemowo airport, it’s a spring evening after all, the trams are chirping like crickets, there’s a moon – a white bow tie on a cleverly concealed elastic band imparts extra elegance to anyone who desires it – and I give my sixty years of disappointment with humankind a bounce, the way you bounce a bundle on your back before marching out of your stepmother’s house in search of fame and fortune, and I can already see the sign of the off-licence, and I realise that if the moon ever goes out for good this magnificent shining sign will immediately take its place, and lovers from around the world will swarm to Marszałkowska Street to stand below it, to steal their first kiss, that ideal thieving trick where both sides are stealing but nobody gets poorer. I stop before the shop and count my money. In my pocket, without looking, lightly brushing the denominations with my fingers – and a moment later I am certain that I can afford three green-bottled beers and that when I carry them to that bench which almost nobody knows about, they will be like a trinity of horses, they will clatter against each other like those horses’ hooves clattered against the cobbles, and I would cross myself, but who among these automatons with the approximate temperature of thirty-seven degrees would understand? So I go inside and make my purchases, and I shrink a little. I lose the weight of the coins, of course, but also an inch or two somehow. I’m no longer so vast, so stretchy and nearly omnipotent as I was when walking, sweeping up the street with my arms. So I go out quickly and sneak down secret passages, where the star Venus is watering geraniums in her slip and dressing gown, where ex-priests smoke Russian fags, where silence from the whole city gathers, to swell and wait for grand occasions. I walk through those backstreets and finally sit down on the bench, and I drink the three beers, smoking, till tobacco coats my lips. And later, later, near the end of the third beer, in the middle of the Warsaw night, suddenly hard like statues in a Protestant cemetery, I look straight ahead of me. May none of you ever look that way, or ever see anyone who looks the way I’m looking, without a single tear, ‘straight ahead of me’, but that ‘me’ has spilled like mercury and is dripping from the bench onto the worn-out grass. I sit and I look, because I remember, oh, I remember things I can’t say a word about, they haven’t yet invented such words.


PAWEŁ SOŁTYS is a Polish writer as well as a musician, singer and songwriter also known under his stage name, Pablopavo. He has recorded more than a dozen albums and played over a thousand concerts, both solo and as part of several bands. His debut short story collection, Mikrotyki, won the 2018 Gdynia Literary Prize and the National Library of Poland’s Marek Nowakowski Literary Award. His second book of stories, Nieradość (Nonjoy), was published in Poland in 2019.

ELIZA MARCINIAK is a literary translator and an editor. Her translations include Swallowing Mercury by Wioletta Greg (published by Portobello Books in the UK and Transit Books in the USA), which was longlisted for the Man Booker International Prize 2017, and a series of classic Polish children’s books by Marian Orłoń (published by Pushkin Press). Her latest translation is I Saw a Beautiful Woodpecker by Michał Skibiński (published by Prestel Junior). She lives in London.