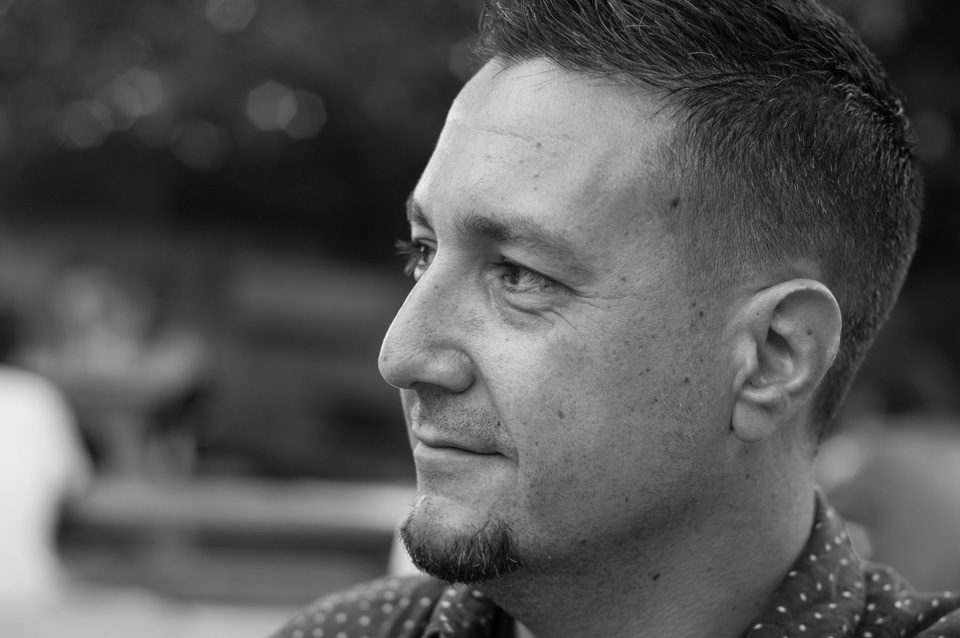 AS CLOSE AS WE’LL EVER GET

The Razi family over the Atlantic: we fill the middle section of a ten-seat row somewhere along the belly of the Alitalia 747. Pop and I are in the aisle seats; Mamma is to my left, and Aia is to Pop’s right. That’s been the seating arrangement since I can remember, born from the need to separate Aia and me as kids.

Everyone I know has one idealized memory of their family, a picture of harmony or happiness that stands apart from the mess of it all. Mine is whenever we flew to Napoli. In the air, having let go of our earthbound selves, we became different people. We were picturesque.

Pop would sit comfortably, puffing cigarettes for the duration of the eight-hour flight. (In later years, he even took the smoking ban in stride.) Thirty thousand feet from the earth’s surface, he’d dump a bushel of compliments on all of us, as if gravity was to blame for their being buried inside him back home. Mamma was bellissima in her choice of travel attire—had she always had that blouse?—and she smelled like sweet rain, the way she had the day he met her. Aia was Pop’s angel, a kiss from God, and smart—how did she finish those crossword puzzles that quickly?—so independent. She would be, he said, all some lucky man could hope to find in a woman. Even I could do no wrong. On our way to Napoli, my face changed and I became the spitting image of an Italiano; my good grades could be tracked back to the kind of thinking that spurred the Renaissance; I was obviously a hard worker, even if I wasn’t cut out for working with my hands. Reclining on the soft green upholstery, Pop was a gentleman, well-mannered and good humored. He told jokes and spoke to strangers—because in the end all Italians are family. He even ate the airline food with a ravenous appetite typically reserved for home, where he refused to go out and pay money for dishes that were half as good as the ones Mamma put in front of him every night.

But all routines have exceptions. Why else would we yearn for their comfort? Cringe from what they reveal about our lives?

This is ours. We’re on our way to Napoli for Pop’s father’s funeral.

Pop hasn’t spoken since we handed our boarding passes to the attendant at the gate four hours ago. From time to time he glances towards the windows on his left, or up the aisle. Otherwise, even though his eyes are open, there’s no indication he’s even conscious. Aia, my younger sister, is sleeping, reluctant to come after being forced to cancel her thirteenth birthday party. I heard her cry about it on the phone, and bitch about it to Mamma, but she wouldn’t dare bring it to Pop. “It’s not fair,” is what she said. “I didn’t even really know him.” Mamma’s eyes are also closed, but I know she isn’t sleeping. Every now and again I catch her looking at Pop, trying to read him.

Me? I’m imagining my father dead, even as I watch his chest rise and fall. For a second, the thought grabs my insides and wrings a drop of relief from my sometimes sour heart. If Mamma were taken from my life, I’d be empty, but with Pop, I don’t know. I never knew. I’ve always been conscious of him, but at times (even now, with my own family, my own set of worries) I’ve lived in spite of him. I can’t imagine anyone knowing what goes on inside him. Growing up—those times someone found me crying and cursing after a verbal or physical beating—people said to me, “He’s your father” with a drop in pitch, an empathetic voice usually reserved for the terminally ill. When I was too old to cry, the empathy turned to silence, but they might as well have been saying Deal with it. Everyone carries burdens.

What kind of man knows his father? Does Pop regret not knowing his? This is what I’m thinking when he turns my way.

I muster some version of a smile, but he either doesn’t see it or chooses to ignore it. “You okay?” I say, out of obligation, over Mamma and Aia’s heads. Pop grunts solemnly. He’s looking past my shoulder, beyond the aisle seats and through the windows, where a cloudless black sky hangs as though we’ve been sealed in a box. I find myself staring in the opposite direction, through the windows behind him where it’s bright, ether blue, as close as we’ll ever get to heaven.

This aerial phenomenon isn’t lost on me. Before this trip, Pop brought my attention to it each time we flew to Italy. He said the reason we flew out of New York at night was so we could pass the timeline, he called it, and watch the world turn. If I was sleeping, when the moment was right he woke me. He claimed to be able to see the actual line we passed through, like a door, which separated one side of the earth from the other. As soon as we moved into the sunlight, he’d say, “We’re halfway home.”

Mamma and Aia still have their eyes closed, and Pop is about to say something, maybe, “Giacomo, look at the sky,” and then it hits. Like a sack of rocks against a car door. An intense shaking follows as the cabin lights, which had been dimmed, become as bright as the sun we can’t see. The plane dips hard. A second thud. And then another. We’re being attacked. Children, women, and men are screaming.

Mamma squeezes her eyes shut—she prays—but I stay fixed on Pop, who strikes me as too calm. Empty. As if whatever happens is beyond anyone screaming or praying for it to stop. Aia, startled awake, begins to ball. She opens her eyes wide, then quickly buries her face in Mamma’s blouse. Wrapping Aia up with her left arm, Mamma grabs hold of my hand on her right. Her grip tightens to the point of pain, her pearly tears staining my sleeve. “Salvatore,” she calls to Pop.

People are standing, falling, colliding—tossed like buoys at sea. The oxygen masks drop; the overheads regurgitate luggage; plastic cups tumble toward the front of the plane. A voice on the intercom says, “Attenzione, attenzione,” but quickly gives way to static.

Pop lights a cigarette and bites down on it. He checks to see if our seat belts are fastened and tells us to be calm, over and over. “Whatever happens,” he says, “don’t get up. We’ll meet our fate together!” At least that’s what I imagine him saying—over the commotion, over the glassy conclusions he’s reached with his eyes, which aren’t empty after all. What they’re saying is: This is life.

Sooner or later, whether you want it or not, the world comes at you.

Just as sudden as possible catastrophe struck, it seemed to be gone. When the plane has finally stabilized, and the attendants have gotten everyone back in their seats and relatively calm, the captain, in Italian, announces that we have just flown through an unmarked thunderstorm. We were struck several times by lightning, but, “By the grace of Dio and Italian engineering,” he half jokes, “we are now in the clear.” The No Smoking light remains off for the duration of the flight, which moves along in ironed silence.

GUISEPPE TAURINO’s work has appeared in American Short Fiction, Epoch, Green Mountains Review, New South, and The Potomac Review, among others. He has been awarded an Inprint Brown Foundation Fellowship, a Barthelme Memorial Fellowship in Fiction, and work-study scholarships to the Breadloaf Writers’ Conference. He currently serves as Assistant Director of the Creative Writing Program at the University of Houston, and as a contributing editor for American Short Fiction.