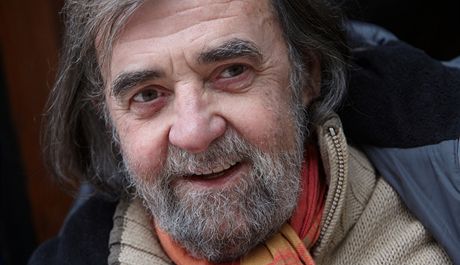 He was close to tears as if he had known the penalty
the day before the day he angered the gods,
and he was also gentle: from my sandal he dislodged
a pebble and with his sling he shot it heavenwards
and he remembered how as a child he went
out to play skittles, shooting from the ring glass marbles
and he was gentle: ignoring the foot bridge and current
from boulder to boulder he carried me across
and piled up stones elsewhere to make a bridge for me
and he spoke of time and what if he’d lose our human gift
and me the fool asked what gift
and he answered: mortality.

[On the crates, the residue…]

On the crates, the residue
of the apple parings cut
by my fingers still dripping with the blood
of childhood’s blueberries. A stream

of grain springs from an old sack
in the attic. The crates
are covered with tufts of animal hair and light
from the dormer. I feel like a man.

I let the wine run down my tongue. I get
festively drunk because downstairs
in the blue sitting room, in early evening,
beneath the down quilt

my son comes out from between
my wife’s floury thighs, smelling sweet
and bitter like dried apples
and damp earth.

PAVEL ŠRUT is a renowned award-winning poet, essayist, writer and translator who belongs to the generation of post-war Czech writers whose voices gained prominence in the flowering of Prague Spring, voices silenced in by censorship in the aftermath of the 1968 Soviet Invasion of Czechoslovakia. Once his collection Worm-Eaten Time (Červotočivé světlo), his elegy for his fallen homeland written in the months following the Soviet Invasion, was banned, Šrut stopped writing poetry for ten years because he felt, in an occupied country without the freedom to express himself openly, poetry no longer had any meaning. But, ultimately, the need to speak won out and he began writing again, publishing unofficially, although his voice had greatly changed in the intervening years as a result of its being suppressed. In 2000, Šrut earned the Jaroslav Seifert Award in 2000, for the compilation of his samizdat works, Paperback Poems (Brožované básně) and his screenplay in verse, Evil Beloved (Zlá milá). In 2012, Šrut received the Czech PEN club’s Karel Čapek Prize for lifetime achievement in literature. His work as a poet testifies to the power of poetry and the human spirit that can overcome the forces that would silence an individual’s will to speak the truth. Aside from being a poet, rock lyricist and translator, Šrut is also a celebrated writer of children’s literature. The first volume of his trilogy, The Odd-Sock Eaters (Lichožrouti), garnered all the top literary awards for children’s fiction in the Czech Republic and was nominated for the prestigious Hans Christian Andersen prize. It is currently being made into a major animated feature. Mr. Šrut was named Writer Laureate of the Czech Republic for his lifelong contribution to the field of Czech letters this October.

DEBORAH GARFINKLE is a writer, translator and literary critic living in San Francisco. Her work has appeared in newspapers, magazines anthologies and literary journals in the US and abroad. The Old Man’s Verses, her first full-length translation of selected works by Czech poet Ivan Diviš, was nominated for a Northern California Book Award. Ms. Garfinkle earned both an NEA Translation Fellowship and a PEN Translation Grant for her most recent translation, Worm-Eaten Time: Poems from a Life under Normalization, poems by Pavel Šrut. This collection will be published by Phoneme Media in February, 2016.