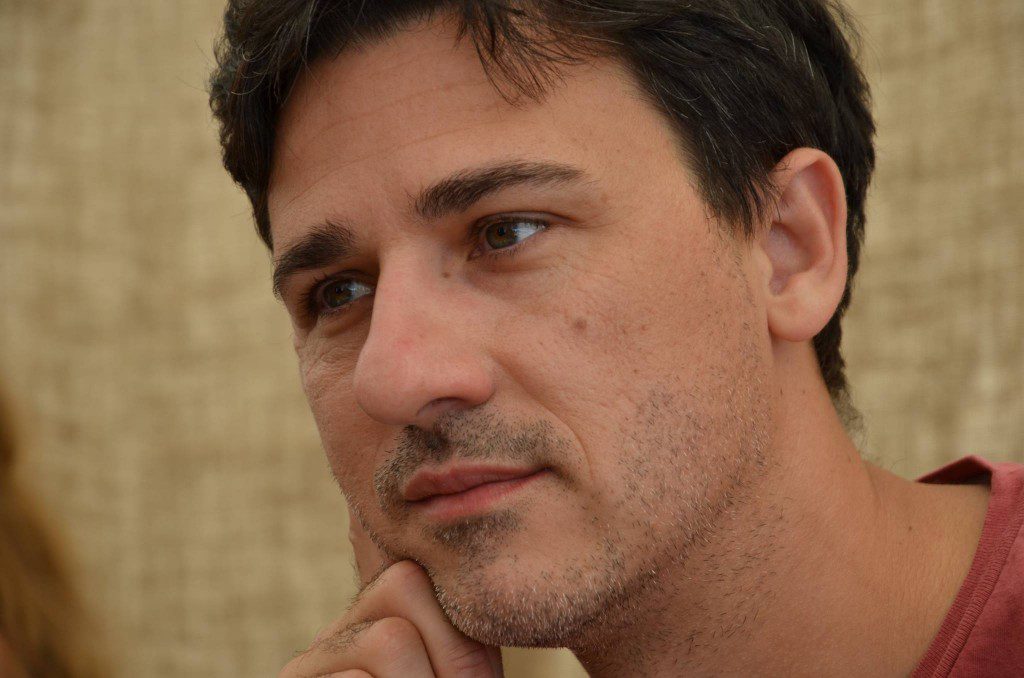 I would like to have a woman’s empathy.
What do they think about when they’re shaving?
It’s stopped raining. I’m looking out into the yard,
above which a bird is fitfully circling.
I looked in the encyclopedia.
I have never seen a sparrowhawk,
it suddenly struck me that I would die
without ever having seen a sparrowhawk,
or worse still –
I’d die while chewing something –
or otherwise ridiculously –
with one foot in a pant leg –

The power,
when a poem is not created, but comes into being,
when it settles in grooves like a tree ring in the furniture,
it creaks and in its quivering disturbs
the peace of the dust.
I lurk behind the moment like a hunter
rubbing a numbed leg.
Spring dawns above the wing of the forest,
the hunter cools his cheek against the gun barrel,
which will, any moment,
certainly turn into an antler.

I have a metaphor in mind,
large and complicated,
when in the morning from my bowl of muesli
I clumsily fish out a precious
hazelnut,
it’s burrowing all the way to the bottom.
I, vigilant hunter,
will find it in the end.
That effort is rewarded with delight,
though what’s left is a lot of muesli
without nuts.

MILAN DĚŽINSKÝ is a Czech poet and translator. He studied pedagogy of Czech and English Languages at The University of J.E. Purkyně in Ústí nad Labem. Five of his collections of poetry have been published, three of which – Slovník Noci (Host 2003), Přízraky (Host 2007) and Tajný Život (Host 2012) – have been nominated for the Magnesia Litera Prize for poetry. His translated works of poetry from English include Emily Dickinson, Phil Norton, Bruce Dawe, W.C. Williams. He lives and works as an English Teacher in Roudnice nad Labem, Czech Republic.

NATHAN FIELDS has translated contemporary Czech literature into English in the form of novels, short stories, screenplays and scripts, and poetry. He has received praise for his translations of Jan Balabán (Zeptej se táty) as well as works by Jáchym Topol, Edgar Dutka, Petra Hůlová and Miloš Urban. With a degree in Literature and Writing, he has been teaching English and translating in Prague for over a decade.