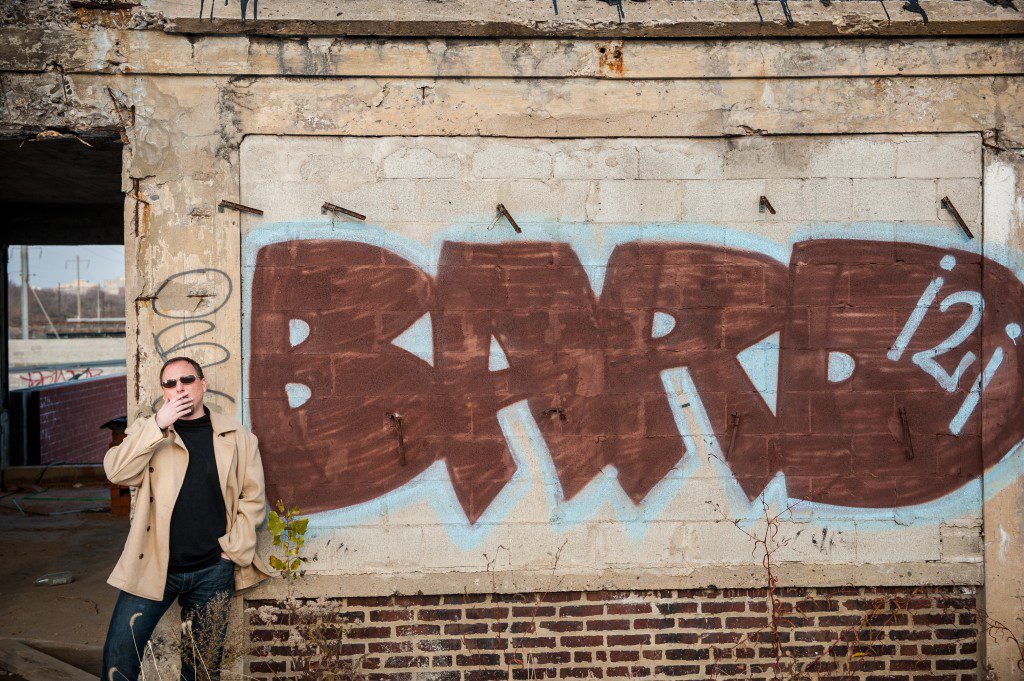 No longer three. Tonight we see just two,
Who loiter and seem to watch us below
From the street — vaguely framed by the window
Like a spy photo — there, in the lamplight.
For weeks now, I’ve counted and there were three,
But I’m almost certain that just last night,
And again tonight, there are only two.
It’s better, now that you’ve come to join me.
It’s easier with two sets of eyes to see
What’s really been going on out there.
Together we make an effective pair.
It’s safer this way. Right? It is. Yes . . . Yes.
It’s now two to two when they watch us,
And no third, not now, now that I have you.

You see the two, the two that linger there?
Of course. They’re always standing there.
And you? Where were you before you came here?
Around. You know. All around here . . .
It’s hard to make out much about those men.
Oh, no, I think you’ve got it wrong.
Got what wrong? You told me. Tell me again.
Not men. I’ve known that much all along.
Not men? They’re surely not women. Oh, no.
Not women and not men, I say.
You talk, but I can’t understand a word.
I try to fix my focus, but they stay blurred.
What do we watch? What watches us below?
Two things from very far away.

I dropped awake and felt it was a dream,
Or seemed to be. I dreamed our prey
Was waiting, just like us, for something too.
When you watch a thing, what you seem
At night to see, or what it seems by day,
Adjusts, and doubts, like enemies, accrue.
And when the watchers watch each the other
They’re too busy, and never pause to think
Of what occurs in the time it takes to blink,
Or that both might be watched by another.

ERNEST HILBERT’s is the author of two collections of poetry, the widely-lauded Sixty Sonnets (2009) and All of You on the Good Earth (2013). His third collection, Caligulan, will be published in hardcover in September 2015. He works as a rare book dealer at Bauman Rare Books in Philadelphia. He also works as an opera librettist and teaches courses in the art of the opera libretto and verse satire at Western State University of Colorado’s Master of Fine Arts program. His poems have appeared in The New Republic, Yale Review, American Poetry Review, Harvard Review, Parnassus, Boston Review, Verse, New Criterion, American Scholar, and the London Review as well as a number of anthologies, including the Swallow Anthology of New American Poets (2009), and two Penguin anthologies, Poetry and Literature (2011).