Green: The History of a Color | Friday Pick 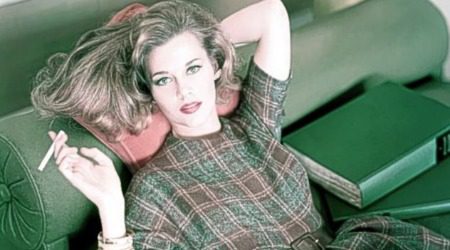 Green: The History of a Color
by Michel Pastoureau
Translated from the French by Jody Gladding
Princeton University Press
239 pages

Do you have a green thumb? Would you like to give the green light to the Green Party and its support of green energy? Are you green with envy when you see someone smoking the green, or does it make you feel green about the gills?

Green is hard to pin down. It is rich in often conflicting meanings. As a word, it is present in ubiquitous turns of phrase that tint our everyday language. As a color, we simultaneously associate it with nature, rebirth, purity, the environmental movement, sport, envy, sickness and, yes, even marijuana. It has not always been so.

The historical development of green — as a color and as an idea — is explored and explained in wonderfully exhaustive detail in Michel Pastoureau’s Green: The History of a Color. Pastoureau, a French professor of medieval history and symbology, has a truly enviable task. Having completed studies of blue, black, and green, he will now embark, one assumes, on books focused on the other colors. Imagine, having a life’s work laid out ahead of you with such colorful precision! Not that his task is easy. Green is a meticulously researched, interestingly written, and lushly illustrated compendium. It is rare for a coffee table book to be so expertly informative.

Pastoureau utilizes a multi-disciplinary approach to color, taking into account art history, psychology, sociology, and even the mechanics of color production to present a well-rounded study both of how the color green has developed through time, and how our interpretations of it have changed.

The book situates green as a color, as a word, as a chemical dye, as a style of dress, as an element of social mythology, and more. Pastoureau begins with the ancient Greeks, continues through the Medieval period, the Reformation, and up to today’s interpretations and uses of green. Throughout, he is as enthusiastic as he is learned, capable of connecting disparate dots, and not afraid to admit when the scholarship is too spotty to make definitive pronouncements.

Green has always had multiple meanings. The green of a European pharmacy sign, for example, suggests both illness and health. Interestingly, Pastoureau connects the fluctuating nature of our interpretations of green with the fact that green was once very difficult to produce. The first green dyes were made from vegetable matter, but cloth colored this way would soon fade to brown. Painters once used malachite to create green pigment, but it was expensive and would soon turn black. In the 17th century, cloth dyers used a copper derivative called verdet to create a green color on cloth, but the fumes could be deadly. Similarly, a 19th century color called Schweinfurt green, often used in wallpaper and upholstery, contained a high level of arsenic. So much for going green.

Chemistry aside, green has often been laden with ambiguity in social and even artistic settings. A lack of references to green in ancient Greek texts once led many scholars to believe that the ancient Greeks could not see green. And, ever since Molière collapsed onstage in a green costume and died shortly afterwards, it has been considered unlucky to wear green when performing in the theater. Both the multiplicity of meanings of the color green and the wide-ranging nature of Pastoureau’s expertise make for a book of fascinating variety.

The last few years have seen numerous “biographies” of inanimate objects and illnesses, including the I Ching, tuberculosis, and sin. Pastoureau’s study surpasses these both in scope and detail. This is not simply a description of the development of green, but a narrative of Western society’s constantly evolving relationship with the color. As such it teaches us equally about green and about ourselves.

Colors are all around us. We use them to express ourselves both literally — in speech and metaphor — and figuratively — in clothing and makeup. As such they are a reflection of who we are, and our relationship with our world. Bong-load philosophers have long amused themselves with questions of color and perception (if I have blue eyes, do I see blue the same way someone with brown eyes does?), but these inquiries provide more entertainment than answers.

Pastoureau’s lifetime of research and consideration provide the strong historical and theoretical basis of this excellent study. It is fascinating to recognize that something as seemingly constant as a color is constantly changing, both in actual fact and in how we interpret it. For anyone interested in becoming more familiar with the colors that beautify and enrich our lives, or for anyone interested in thumbing through a richly illustrated, fantastically intelligent book, Green: The History of a Color, is intensely rewarding.