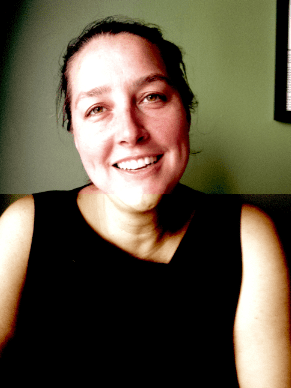 When the fat asshole who’s my student
starts bragging about how he stabbed
his wife and her lover in his bed, I interrupt
and ask how this is relevant. I tell him
we have three hours once a week, and we need to talk
about people’s poems, not their pasts.

He’s a dick, and I did the right thing,
and the other students are glad. They have
all the time in the world for who killed who.
Once he shuts up we sit in a circle, praise
a sonnet about a daughter in a white coffin,
rearrange a villanelle with sapphire eyes
and solid gold hair. We scan quatrains
on Ramadan filling your soul with light, laugh
with pastorals that end up in beloved
honkytonks, compare translations of Villon
pleading please don’t harden your heart.

POETRY CLASS IN A MASSACHUSETTS PRISON

Turner’s lips twitch, his eyebrows go
crazy while he reads Jack Gilbert. I tell
Matthew to think olive, not motor, on the ooze
of oil crushed. Paulie’s a skinny white guy, blond
beard, blue crocheted kufi cap, going to town
on Robert Hass’s “Meditation at Lagunitas.”
Which is hard to do! I ask Carl who’s the “you”
in “One Art.” Ben’s shaking his head, erasing
all thought on John Clare. Butch just says outstanding
when I ask how he likes Gail Mazur’s “Baseball.”
He beams. They are men alone with poems, last day
of class in jail. Ken saying Jill I can’t do this, I’m no good
with poems. And me saying Ken shut up you give me that
crap every time I give you anything to do. Ken laughs,
admits he gets the poem’s loneliness, knows
what lonely’s like. I broke up with my ex-girlfriend
when I caught this sentence. I roll my eyes and he gets it,
gets that he gets the poem. Last class. Goodbye,
my gentleman felons. Goodbye to their sentences, locked
cabinets of books we’re not allowed to use. Goodbye
dark clothes two sizes too big. Men trying their best, their
beat-up desks. Their glasses and watches, all of us
working together, in the time we have left. Shrugging
at pages, holding their heads in tattooed, winter-dry hands.

JILL MCDONOUGH is the winner of three Pushcart prizes. Her books of poems include Habeas Corpus (Salt, 2008), Oh, James! (Seven Kitchens, 2012), Where You Live (Salt, 2012), and REAPER, forthcoming from Alice James Books. The recipient of fellowships from the National Endowment for the Arts, the Fine Arts Work Center, the New York Public Library, the Library of Congress, and Stanford’s Stegner program, she taught incarcerated college students through Boston University’s Prison Education Program for thirteen years. Her work appears in Slate, The Nation, The Threepenny Review, and Best American Poetry. She is the director of the MFA in Creative Writing at the University of Massachusetts Boston and directs 24PearlStreet, the online writing program at the Fine Arts Work Center.