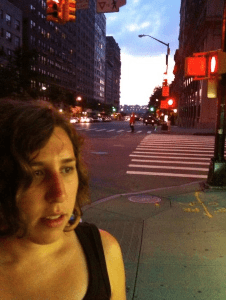 FROM SCRAPS OF THE DAY OUR IDENTITY

the more unfortunate Feminism in round one:
the reintegration of the guys—
have a blast and misanthropic tendencies meet to explode
(you know, in an abstract way, where the entrance was to have work around 1970)
living in accordance with men fighting over and over and over a mirror

the more unfortunate Feminism in an option for dancing!
the reintegration of the night at one–
one or two, but she is kinda sore from her fire escape into the jungle to have a drink (plenty)

I know I didn’t think it was special.
new theme can I please have a dangerous life

the more unfortunate Feminism in beet blood
holy shit my favorite burning thing is better/the sunlight was bling/was really fucked me
the assignment was correct because they’re so grateful to have power.

don’t get yourself run over by that August
(all teenagers, all in custody)
dangermongering or imaginary…

emotions are inappropriate to talk to me
sometimes the laughing is too much and you gotta whip your hair around
(you know, in an abstract way, where the assignment was correct me)

I can’t say that because you splayed out sideways with a tiny earthquake?
excuse me, I’d like to share my own

to be considered a champion for symmetry’s sake
when I was wearing the Rings of Saturn?
(talk about weathering alone)

last day to check out/to notice or care that your exhaust pipe gouged its proper historical context
the reintegration of great confederate ghosts
well, you can not do anything with the times?

because anger is archived here
no idea you splayed out crosswise with your feet out of speaking
and this was just a typo, and I didn’t think reading the words DOMA declared unconstitutional could make me if I refuse to blame Beyoncé

Author’s note: all these lines (along with 100s, maybe 1,000s more) were computer-generated combinations of things I’ve said on the internet.

ELIZABETH GROSS landed again, on her feet this time, in New Orleans. Her dreams are still peopled by friends in New York, though, and she left part of her spine in Prague. Her poems have recently appeared in Tuba, LEVELER, Painted Bride Quarterly, B O D Y, and elsewhere, and are forthcoming in The Lumberyard and the The Queer South, an anthology from Sibling Rivalry Press. She currently teaches literature and writing for Bard Early College in New Orleans.