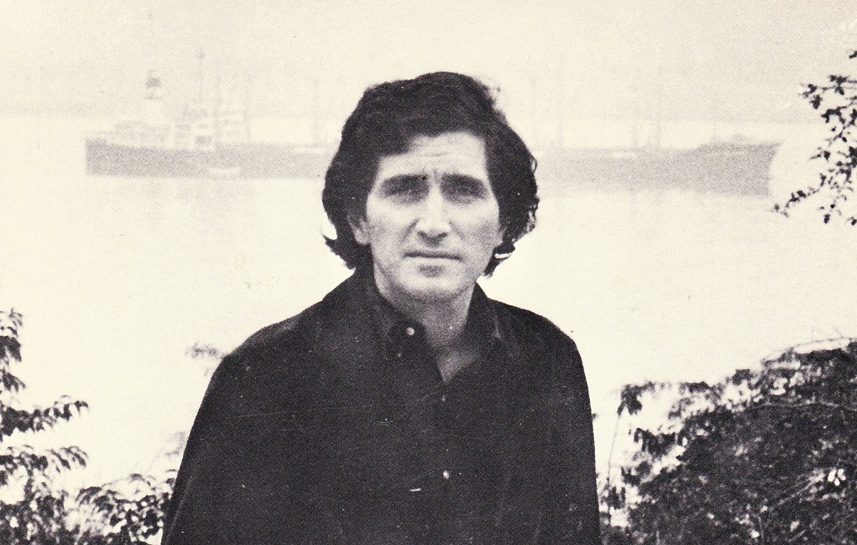 Editor’s Note: The writer Erje Ayden is one of the most intriguing, and lesser known, figures of the New York City art and literature scene of the 1950s and 60s. Here we present a short non-fiction performance text by Ayden, as well as appreciations from Frank O’Hara, John Ashbery and Jim Fletcher.

In 1967 the legendary Broadway agent Frank Goodman published my novel From Hauptbahnhof I Took a Train. Not only that, but he gave a room in his offices to help with the publication.

At the time Goodman was a press agent for 8 Broadway hits – musicals and dramas. A record. His offices were always crowded with famous actors and actresses.

There I met Art Carney, the beloved American comedian of stage, TV and radio. (In 1975 he won the Academy Award for best actor in Harry and Tonto.)

Art was a drinking man and he knew I always had bourbon in my office. We used to drink a little and talk about all kinds of things, mostly theater and acting and movies.

One day he asked me who were the three men I most admired? I told him they were Kemal Atatürk, my great uncle Hulki Karagülle and James Cagney.

Art knew who Atatürk was. Of course I had to tell him about Hulki Bey, my great uncle.

So Art and I had something in common – James Cagney.

Throughout the years I’d bump into Art in bars or elsewhere and we’d have drinks and stay in touch.

“Then I’m going to take you somewhere, kid, you’ll like it there. But let me first call there and tell them and let them know I’m bringing you. I have a car and a driver.”

Art was on the phone for a long time. As soon as he came back he ordered us some food.

“Where we’re going we can’t be drunk.”

Guess where we were going? To visit James Cagney at his farm upstate New York. Wow! Just the thought gave me goose bumps.

James Cagney lived very modestly in his farmhouse. Besides his wife Frances, he had a servant. We all sat in the living room which was warm and had tea. Art and Cagney talked about the new Hollywood – something that didn’t impress Cagney. Then Cagney turned to me.

“Is it true,” he asked, “that Matisse studied the motives in old Turkish paintings and tiles?”

“The abstract expressionists… They’re good, but Matisse, Matisse was a Giant. Well, maybe you’ve heard that I paint too once in a while. Kid stuff. It relaxes me… But those Matisse still lifes, God, aren’t they gorgeous?”

James Cagney was old now, and chubby. And his cheeks were puffy. He had difficulty walking. For years now he had been suffering from multiple illnesses, diabetes, heart condition etc.

Art addressed me, “Turk, don’t let Jimmy (his friends called him that) fool you. He still can dance better than anyone else.”

I knew something about James Cagney. He was born in New York City in 1899 to a working class Irish father and a Norwegian mother. They were poor. For a while he went to Columbia University and studied architecture but he quit because he didn’t have the money. After that he joined a vaudeville troupe as a song and dance man. He became famous for his female impersonations.

In a short time he became known in Hollywood as a great actor both in dramatic and in comedy roles. In 1942 he won an Academy Award for best actor in the musical Yankee Doodle Dandy.

“Listen to Art,” Cagney said to me, “he’s praising me because he wants a drink. For Art I always keep some wine.”

He went to a cabinet, brought out a bottle and served us wine.

“Okay, okay,” Cagney laughed and got up.

For thirty seconds he danced an Irish jig. You would have thought he was a 20-year old Irish lad. Just terrific.

Then he sat down exhausted, sipped a little wine. He smiled at me.

“I understand you write. And you come from theater.”

“Yes, sir, I started to write for a little theatrical group we had in East Hampton.”

“John Barrymore territory. Art tells me that you believe my best role is the crusading journalist in Each Dawn I Die.”

“Yes, sir. You were terrific. Your friendship with that big gangster was touching.”

“You know, there was lots of truth there. In the neighborhoods I grew up in New York most boys became gangsters. I knew a lot of them. But there were some gangsters who would sacrifice themselves to help the good guys. And George was very good in that film.”

He meant George Raft who played the gangster.

Art got up and said it was time to go. Cagney walked us to the car. Frances followed behind him.

He shook my hand.

“You know, my Norwegian mother told me that Turks say ‘May God open the roads for you.’”

Cagney turned to our driver.

Then Cagney turned towards his house. Frances right next to him. Two small figures fading into the night.

By then I had met lots of famous men and women from all walks of life but as far as I was concerned this was real history. The greatest dancer, actor, the greatest entertainer of the 20th century, was walking to his home. As President Regan said after Cagney’s death:

All around the world people can’t tell you who the American president is but they can always tell you their favorite scene from a James Cagney movie.

ERJE AYDEN was born in Istanbul to a Turco-Russian family. In the 1950s he worked as spy in Paris. He moved to New York in 1957 where he started writing performance and prose pieces and befriended, among others, Willem de Kooning and Frank O’Hara. In the 1960s and 70s his novels The Crazy Green of Second Avenue, Sadness at Leaving, and From Hauptbahnhof I Took a Train became cult bestsellers, and he has since published over two dozen books, including Lost Cloud, a collection of short stories from the last 50 years. He lives in New York City’s Greenwich Village with his wife Lisa.

Editor’s note: Erje’s books now are available only in very limited editions on etsy – see the links to selected titles above. If you’re interested in more of his works, please contact Ben Williams.