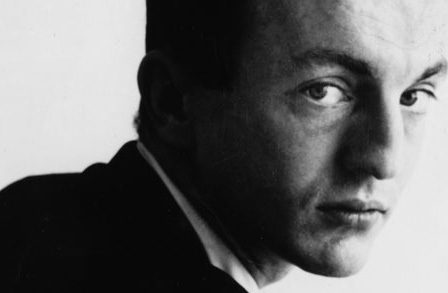 from A PREFACE TO SADNESS AT LEAVING

Erje Ayden is the traditional “foreigner,” perhaps no more foreign to our language and ways than was D. H. Lawrence, perhaps as foreign to them as Joseph Conrad was to English at the beginning of his great labors. Like Lawrence he has the advantage of viewing our morés and our verbal locutions from alien and strong tradition; like Conrad he would like to have a rhetorical hero of undeniable strength and certitude appear in his writings, but life cannot reveal one. Like so many who refreshed the languages of the world in the 20th century, he is an alien wherever he is, probing and disfiguring ordinary reality with a sense of popularity, and accepting its most peculiar and neurotic aspects as quite unexceptional. Like most writers of power and vivid interest, Ayden is able to transform his miscalculations and misunderstandings into personal expressive advantages. We must admire this unless we are to give up William Carlos Williams’ dictum that the American language is distinct from the English, and lapse into a long development of Mandarin style which would be indistinguishable from the tiring mistake of the English, of the French, and the German.

Because of the moral ambivalence of another tradition, Ayden is one of the sexiest writers we have; because of his struggles with acquired language he has a vigor uncommon among our novelists; without the mannerist inclinations of Salinger, Pynchon, Barth, or Updike, he is able to convey the real trouble underneath the bizarre and the banal. In adopting Fitzgerald as his model, Ayden links himself with other off-shoots of that germinal stylist’s attitude: Nathanael West, Horace McCoy and even Dashiell Hammett. He has the same brevity, the same swift pace, the same tendency of observation and impatience with analysis. Neither daring nor caring to make a beautiful English sentence, he is able to get some of that marvelous Fitzgerald quickness and pointedness, which in the latter’s case made Hemingway’s most machine-gunned sentences seem rather studied. As with Gatsby and Rosemary, Ayden’s characters are quickly fixed by events in an airy space which belongs to no one, least of all them. Through Ayden’s eyes we see an “Amerika,” as odd as Kafka’s; as funny as absurdly sad. Nobody thinks that things are as they seem, but Ayden makes the gap between seeming and being considerably wider. Operating in this gap his people (Elliott in Crazy Green, “I” in Confessions of a Nowaday Child, the hero of From Hauptbanhoff I Took a Train who keeps changing his name) are always on the go, whether their destination is set or not, in order to keep alive.

FRANK O’HARA (March 27, 1926 – July 25, 1966) was an American writer, poet and art critic. He was a member of the New York School of poetry, a group that included John Ashbery, Barbara Guest, Kenneth Koch, and James Schuyler. The Collected Poems of Frank O’Hara, edited by Donald Allen (Knopf, 1971), the first of several posthumous collections, shared the 1972 National Book Award for Poetry. Read more by and about Frank O’Hara at The Poetry Foundation.

Read more by and about Erje Ayden:

Editor’s note: Erje’s books now are available only in very limited editions on eBay – see the links to selected titles below. If you’re interested in more of his works, please contact Ben Williams.