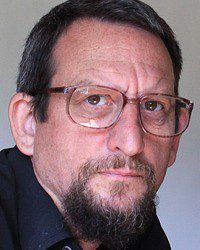 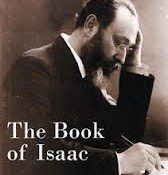 The Book of Isaac
By Aidan Semmens
Parlor Press, 2012

The question that arises when reading Aidan Semmens’ second full-length collection of poetry, The Book of Isaac, which chronicals the Russian-Jewish immigrant experience of his great grandfather, the economist, lawyer, journalist and socialist Isaac Hourwich, is simple, yet potentially befuddling: What is gained from narrating history in poetry, rather than prose? Why investigate the life of an historical figure in verse — in this case 56 “distressed” sonnets — rather than biography, memoir or chronical?

The answer to that question is found in Semmens’ language, as well as his method of investigating the social, political, economic, and emotional forces that propelled Hourwich on his compelling and peripatetic life, from Russia to the United States, and back again. The distressed nature of the sonnets is evident in their elided and sometimes jagged syntax, where one gets the sense that particular lines have been pressed into a smaller space:

the Russian peasant family alone
is a communistic commonwealth, where
population thin & undeveloped land
free, does not make sense to occupy large estates
not as impressive a peasant labour […]

Semmens’ method here goes beyond a style of compression popular in much contemporary poetry, whereby articles, for example, are eschewed in an attempt at bare verbal power. One gets the feeling that these sonnets were regularly composed, then distressed after the fact. The effect is like staring into a broken mirror: Your reflection is visible, whole, yet multiplied. And while Semmens’ particular style of compression at times veers his language into incomprehensibility, this usually occurs at moments that mirror the distress his characters are undergoing.

Let’s face it, it is difficult to read texts that defy our linguistic expectations, or that move off the path of traditional narrative. And this is where the difference between poetry and historical prose is most evident. Semmens’ method not only allows him to enact rather than simply express much of what he is conveying, it also forces his reader to pay closer attention to the lines and phrases of the poem as they move down the page, ensuring that the reader is acutely engaged by the language.

Yet, in certain poems, the compressed, distressed syntax breaks into a clarity that is all the more luminescent and rewarding for their juxtaposition with more obfuscating poems, as in this narrative of imprisonment:

Semmens’ unadorned syntax eschews punctuation, meaning that much of the forward motion and tension in the poems comes from enjambment. But elsewhere in the book, an insistent musicality shows that Semmens is adept also at lighter turns of verse, which incidentally makes the distressed language of other poems more effective, and more clearly an aesthetic choice.

bay mir bistu sheyn, to me are you
so beautiful; on Second Avenue
the curtain rises, enter the greehorn
yidishe meydel, object of our scorn
& mirth, our lust for the shtetl-born,
she brings fresh air in songs
love inconstancy & wrongs […]

Seeking precursors to Semmens’ method in this collection, one goes back to Ezra Pound, and especially his Cantos, which is ironic, given Pound’s anti-Semitism. It was Pound’s belief that “all ages are contemporaneous” that helped him develop the method of pastiche that is the dominating trait of The Cantos. Words and phrases covering vastly different topics and times bump against one another, forcing the reader into new connections and new realizations about history.

In Semmens’ hands, this method is perhaps less violent. Each of the poems in The Book of Isaac deals with a singular (though not always simple) subject. As we read through the collection, we proceed chronologically through a period of Hourwich’s life. Yet this pastiche method is visible in the jostling of words, phrases, and lines in these sonnets, which seem to have been set perfectly against one another, then shaken and made jagged. It is even more evident conceptually.

Narrative disjunction goes back at least to Pound and other Modernists, yet the use of disjunction specifically in the sonnet form is a more contemporary method, stretching back a few decades to Ted Berrigan. There is a tension between the relative strictness of the sonnet, the tight block of text on the page, and the sytactical chaos taking place within. This tension accounts for much of the joy and surprise of these poems. At the same time, by using contemporary methods to explore history, Semmens is in his way proving Pound’s dictum about different ages: In these poems the modern jostles and interacts with the historical. Thus Hourwich’s story is brought into the 21st century.

Despite the fact that much of the language in these poems is skewed, The Book of Isaac is a thoroughly well-organized collection of poems. A section of notes sheds light on the political situation for Russian Jews in Hourwich’s day, as well as the Yiddish phrases that pepper the book, and the more obscure literary and historical references. Commenting on one poem, Semmens writes “I have attempted throughout this sequence to honour and continue the post-theistic Jewish tradition of my forebears as well as the aesthetic spirit of the Poets’ Cafe.” He has accomplished this and more.

The Book of Isaac is a modern collection of historical poems. By foregrounding language before even the facts of the experiences he is retelling, Semmens creates poems that are informative, but more importantly as literature, are interesting. And ultimately that is the difference between poetry and prose histories. The historian wishes above all to give facts, even if it is his or her culture’s advantageous version of those facts. The poet, when all is said and done, is compelled to leave his or her linguistic stamp on the subject. It is this subtle egoism that allows Semmens to interact with the impressive intellect and accomplishments of his great grandfather in a way that extends his legacy rather than simply paying homage to it. It is the book of Issac. It is Aidan Semmens’ book.