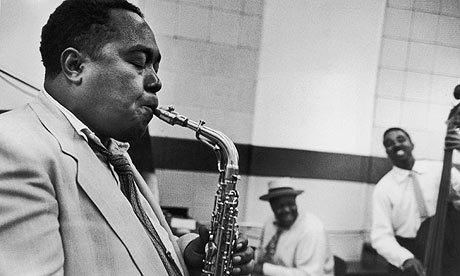 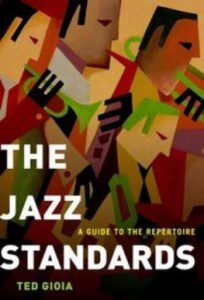 The Jazz Standards:
A Guide to the Repertoire
Oxford University Press, 2012

In the hubristic and often secretive world of jazz, an art form that relies as much on one-upmanship and showmanship as it does on calculated study and skill, it can be difficult to get a straight answer. Consider, for example, King Oliver, a mentor of Louis Armstrong who played trumpet with a handkerchief over his fingers so musicians in the audience wouldn’t be able to see his alternative fingerings.

If there is anyone in the jazz world who is providing answers, it is Ted Gioia, a jazz pianist and writer who recently published The Jazz Standards: A Guide to the Repertoire, a book that dissects more than 200 jazz songs which, as Gioia writes, “a jazz performer need[s] to learn…the same way a classical musician studie[s] the works of Bach, Beethoven, or Mozart.”

Gioia has previously published seven books on jazz and blues, including The History of Jazz, which is surely one of the most thorough and informative books on the subject. What sets The Jazz Standards apart is Gioia’s approach to these songs, which balances textbook formality, and familiarity developed, one gathers, over the decades the author has spent listening to and studying these songs. This is a book that both promotes and exemplifies a personal relationship with jazz.

Discussing these songs, Gioia tells us who composed them and when, and also offers several recommended recordings. But most interesting are the passages that discuss the history and development of each song, and often include personal anecdotes in which Gioia’s experience as a jazz musician and his personal tastes and opinions are given space to shine new light on these songs. When writing about “Mack the Knife,“ for example, a song so popular that it was featured as the soundtrack to a very strange series of McDonald’s commercials in the 1980’s, Gioia writes:

I often cringe when I hear this song, perhaps a subliminal holdover from a bad trio gig from years ago. During the course of our regular Saturday engagement, the cook — the cook! — would stroll out from the kitchen and insist on singing with the band. He then would proceed to deliver “Mack the Knife” in a campy, exaggerated Louis Armstrong voice. Needless to say, the audience would go bonkers, cheering and screaming in a way that they never did for our intelligent mix of hard bop, modal and other jazz esoterica. Go figure!

Personal anecdotes such as this give the book a warm touch that makes it both more relevant and more interesting than a formal jazz textbook. But it must be stated that Gioia sacrifices no intelligence with his informality. Instead, his seemingly voracious intellect spans several genres and mediums, allowing him to reference art history, for example, in his discussion of the John Coltrane composition “Impressions.”

This is not a song typically played with nuance or restraint, but is invariably delivered with intensity and often at great length. It is frequently employed as a display piece for virtuosic saxophony; even so, the chart is easy enough for beginners. This can be a dangerous combination, one that encourages amateurs to emulate the icons who defined this piece and attempt heroic feats for which they are ill-prepared. In the face of such examples, I prefer to repeat a favorite quote from art historian Edgar Wind, who once affirmed that “mediocrity which claims to be intense has a peculiarly repulsive effect.”

Elsewhere, Gioia’s approach to these songs exemplifies a knowledge not only of the music itself, but of the apocrypha that has been gleaned from reading and studying secondary sources. Consider his discussion of “Take Five”, a song with a quirky 5/4 time signature that gives it its unique lope. Composed by Paul Desmond, the piece was popularized by Dave Brubeck.

It has shown up in some very unjazzy settings over the years — rapped over and sampled, played by marching bands and sung by choirs. Desmond’s biographer Doug Ramsey tells of finding a carved music box in a small shop off a main street in Prague that, when opened played the opening bars of “Take Five.”

An artform as independent and, at times, counter-cultural, as jazz deserves to be treated in a way that is both respectful and informative, yet personal. With The Jazz Standards, Gioia has achieved this and more. In seeking to document the standards of jazz music, he has created a standard of his own.