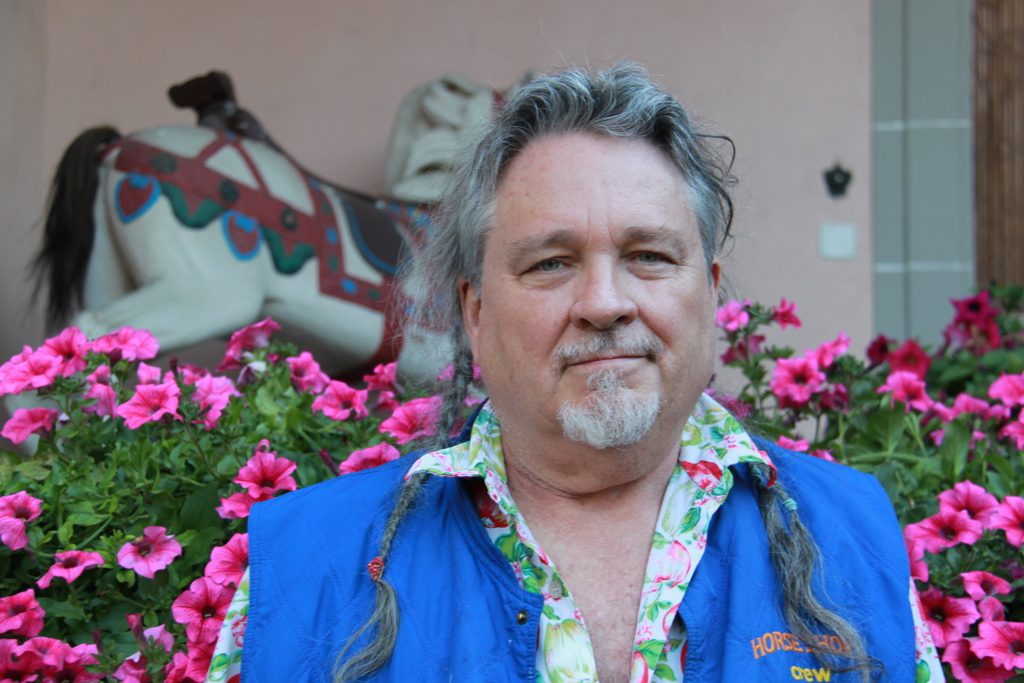 DAY OF THE DOG

I am dead. Our dog, yes “our,” bit me and chomped on me. Screaming did no good. My aunt stood by and called out over and over, “my darling, my Allegra.” She had a red rosary with everything strung on it – beads, tiny hammers and sickles, crosses, figas, small, amber replica-breasts of the Virgin, fewmets, beer-bottle caps, everything. She practiced her religion. It was not some abstraction. She stood there nearly hyperventilating, in a panic, saying her rosary until she cut herself on a bottle cap or a sickle, or a nipple of one of the breasts. I just kept screaming, a kitchen chair between me and the dog – Pooch – but in the end the world is impersonal, and so dog will do. Maybe I am not dead yet. Finally, in desperation, my aunt yanked the dog by the tail but it came off in her hand. In its ferocity, it turned on her, but somehow she managed to loop the rosary over its head. The tail wagged in her hand, and Pooch, I mean dog dropped dead on the spot – four of my fingers, a ring, a dove, and a photograph of the Koran dribbled out of its mouth. I looked down. I still had my thumbs, and the other fingers. Where are my papers? Where are my papers, I screamed, in a panic, shuffling through the drawers. I am not dead. I must prove that I am not dead. I will have clarity, truth, recognition as I desire. I looked under the rug. I stood up on my hind legs. I opened the window for some fresh air. Sparrows and titmice were eating balls of suet that were hanging in a cage like hedgehogs in a tiny cage in a zoo. And they pecked at the bell made out of sunflower seeds. I am alive – I must be. I can feel the air, hear the birds chirping, sniff the suet. My aunt kept shrieking, “Allegra, Allegra, you died before I could release you, you died before I could release you – o’ my darling, my sister, my love.”  Then she lifted up her arms and flew out the window. I can feel the breeze. I can see my aunt in the linden tree. I can hear the bell ringing, and the seeds raining on the windowsill, the birds chirping, my aunt starting to caw. I must be alive. But the papers, the papers, the necessity to prove it. My passport – here it is! Allegra Vida. Allegra Vida. Yes, that’s me. No, it’s not my photo. Not my photo. Somebody changed the photo. I never wore a collar like that. I have a pearl necklace. I’m not unclean. I’m not little Red Riding Hood’s grandmother. I’m beautiful. I’m an actress. I’ll cover myself with feathers and honey. I’m Allegra. I’m Allegra. I’ll prove it. I’ll soar around the tree, around my aunt. It’s snowing. I have been running in the darkness for too long.

KERRY SHAWN KEYS is an American poet, writer, playwright and translator. He has published more than two dozen collections of translations and poetry, the most recent of which is Night Flight, published in 2012. He has won numerous awards, including the National Endowment for the Arts Literature Fellowship in 2005; the Poet-Laureate Translator for translation of a book from Lithuanian into a foreign language, from Writers Union of Lithuania in 2003; the World Ambassador for Poetry award, from the Republic of Uzupis in 2002; and the Poetry Society Of America, Robert H. Winner Memorial Award in 1992.