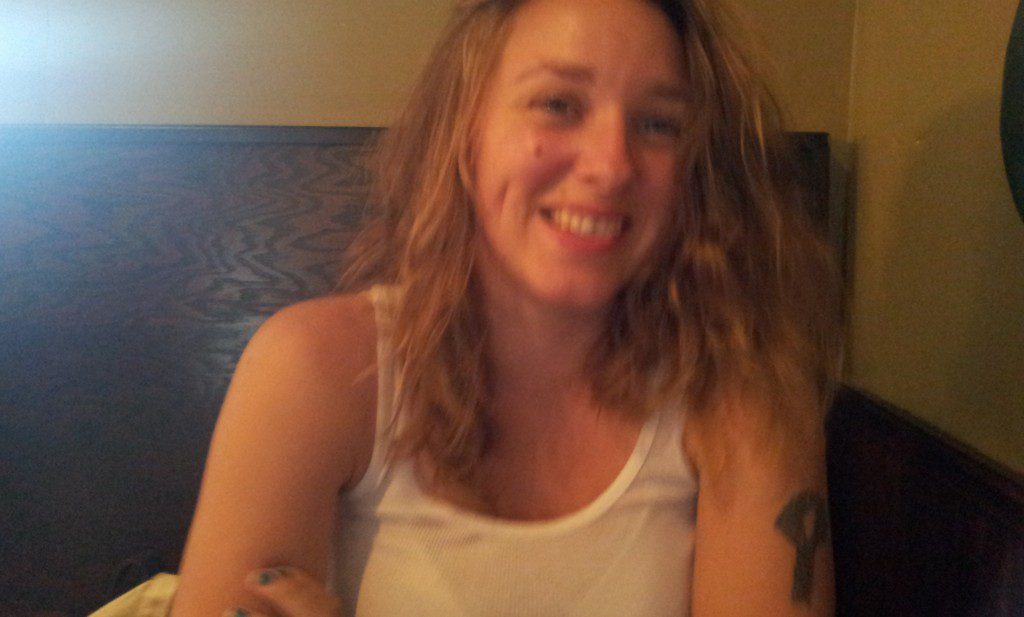 Two days before the wedding
The fields whiten with circus tents

Their livers and hearts
Others collect stray children

We nestle her into corners
Work ointment into her hands

You saw her once, at Esquimault Harbor,
when you were a three-year-old boy called Oscar.

While you staggered over the sand,
slippery with SPF 50,

your parents humped on the beach towel,
to Lou Reed singing “Sweet Jane.”

Lipless, lidless, five slits in her throat,
her rosy larynx furled in and out.

You laughed at her boa: seaweed, rusted forks.
She tore up a starfish, swallowed its points.

You offered, as truce, some Sun Maid raisins.
She spread out, to amuse you, all forty fingers.

Finding you gone, your father sprinted over the sand
(long legged, in one Birkenstock)

while your mother stayed right there!, sat on her heels,
gasping into a brown paper bag.

Later, your parents noticed the salt taste of your skin,
called you their little potato chip.

Your mother combed sand from your hair,
your father found beach grass in your bed.

Now, they sleep to the sound of rogue waves crashing. Dreaming,
they pick their way through dying jellyfish

to find you waiting (not for them) behind a rock,
content amid the iridescent quivering.

Author’s note: *These are supposedly the last words of Anneliese Michel, a German woman who was believed to be possessed by demons. She died in 1976 after undergoing sixty seven “exorcism sessions.”

SARA PETERS was born in Antigonish, Nova Scotia, and was a 2010‐2012 Stegner fellow at Stanford. Her first book, 1996, will be published in April by Anansi.