POLITICS & LITERATURE: WHAT THE CONVICTION OF PUSSY RIOT MEANS FOR THE REST OF US 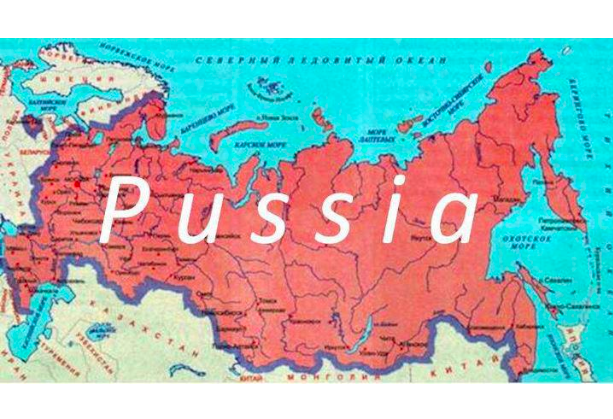 The verdict, according to the New Yorker’s Masha Lipman, “was a triumph of anti-modern obscurantism over young Russian modernity, the crushing power of the state over the individual, servility over independence.” Lipman notes that the women, who had performed a “punk prayer” called “Mother of the Lord, Chase Putin Out,” “were convicted for violating ‘conceivable and inconceivable rules’; for ’emphatically vulgar’ and ‘deliberately provocative’ gesturing; for ‘crossing themselves in a parodied way;’ for their clothing, ‘inappropriate in a church’; and for other acts that ‘offended the feelings of religious believers.'”

The performance lasted approximately 40 seconds. The women will get two years. News outlets report that Vladimir Putin, one of the subjects of their song (the other being the church patriarch, who had endorsed Putin), had hoped the women would not get harsh sentences. One can only presume that Mr. Putin doesn’t believe two years of incarceration in a Russian penal colony constitutes a harsh sentence.

In a three-hour reading of the verdict, Marina Syrova, a Moscow judge, cited large portions of the prosecution’s statement, which lambasted the women for “grave crimes” including “the insult and humiliation of the Christian faith and inciting religious hatred.”

According to the New York Times, “when their trial opened late last month, the women apologized, saying they had never intended to offend the Orthodox church but rather sought to make a political statement against Mr. Putin and against the church patriarch, Kirill I, for supporting Mr. Putin’s campaign for a third term as president.”

Yet, because the offending video had been edited to include footage shot in another church due to the brevity of their initial performance, Judge Syrova claimed that political messages “were spliced into the video later, and that the action in the church was therefore motivated by religious hatred.”

To those who might wonder about the Church’s reaction to all of this, Lipman writes, “The Church has been Putin’s loyal and reliable partner in the prosecution of Pussy Riot, as well as in his more general effort to consolidate his rule. The latter goal requires that non-conformist Russians be neutralized and alienated just as they are increasingly anxious to make a difference. And this means that the women of Pussy Riot are not the last victims.”

It is shocking when any person or group is prosecuted for the crime of speech, protest or disagreement. It is doubly shocking when the speech that is prosecuted is artistic in nature. Artists, whether writers, painters or musicians, operate under the assumption that their imaginations – if not their actions – are protected. When walls are formed around what constitutes legitimate artistic expression and what does not, the basic freedoms of speech that the rest of us take for granted are immediately endangered.

In an era in which many of the so-called “enlightened” nations – countries, like those in Europe, as well as Canada and the United States, who enshrine the separation of church and state in their charters and constitutions – are engaged in a rightward drift towards religious nationalism; and in the light of frequent declarations by western politicians that their countries are, and should remain, “Christian” nations, the prosecution of the Pussy Riot women serves as a broad warning to those even outside Russia’s borders of what happens when such wishes finally come true.