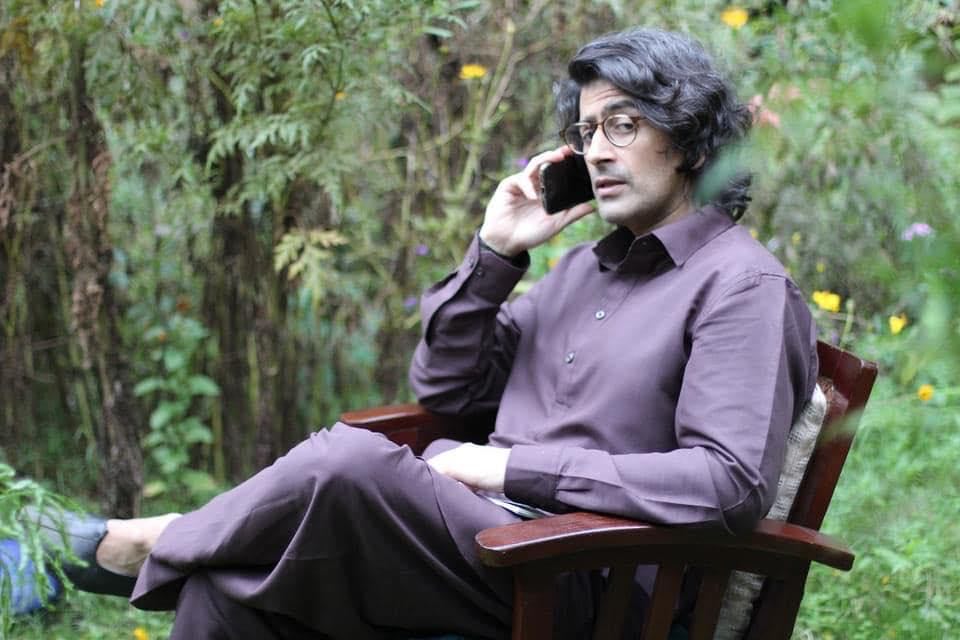 Excerpts from A Fashion Dictionary

There will come no more the old men with beautiful manners.

An arbiter of men’s fashion. One could easily dub him today as an ur-dandy. He was once a close acquaintance, a true friend of the prince regent, the future King George IV and as a result enjoyed his patronage, a patronage that for a considerable amount of time afforded him a sartorial extravagance that eventually wrought his ruin —towards the end of his life, he was hounded by tailors for outstanding debts, for which reason he fled to France where he died in penury, unfortunately also the ill-luck of Paul Poiret, the grand couturier. Beau Brummel’s only real art was that of dressing, for which he was adored by both men and women–Lord Byron loved him—so much so that gentlemen of his day would pay to watch him dress.

Borders are often represented in clothing as being of a separate colour and even pattern. Personally, I always enjoy the piping-like borders on the edges of all the sleeves of my Phirans, almost as if they were placed there unintentionally, as a mere accident and not necessarily a stylistic deliberation, but perhaps to designate in which mill the cloth was produced, a sign more for the shopkeeper than the wearer. Borders can be either of contrasting colour or ornament in relation to the rest of the body of the garment. Often, however, certain clothes have borders that bleed, borders that repeat the leitmotif or colour of the garment in an exaggerated way. A charcoal black Kurta that darkens on the edges of the sleeves, for edges–like borders–are often dark and sometimes even hidden in the inner lining, visible only by unfolding the husk of the garment, of perhaps a different colour. Striped borders on round-neck t-shirts, for instance, emphasise beautiful, thin long necks and function much like necklaces made of cloth.

My grandmother crossed many a time borders of nations for the mere purpose of gathering cut fabric for her boutique shop located somewhere high up in the mountains. Certain nomadic tribes adorn their garments with intricate embroidery, chasing along the bordering edges of all their clothes, a single undisturbed line woven into the fabric that not only speaks of their perpetual wanderings—traversing endless borders—but as a means to remind themselves of where they came from.

Christian Dior, in his Little Dictionary of Fashion maintains that “if you have a particularly outstanding feature it is always a good thing to emphasise it. In fact the whole of fashion rests largely on emphasis.” Perhaps the whole purpose of fashion is to emphasise the body. The purpose of collars, Dior contends, is to provide a frame(work) for the face, and if you have beautiful hands–as I do– the cuffs of my sleeves often emphasise my hands, provided they are of the right length. Necklaces emphasise necks that are already beautiful and anklets give emphasis to beautiful feet. The slightly roundish spectacles I wear emphasise my aquiline face. This took me years to understand, for all the shops selling eyewear in the city I live in sold primarily rectangular shaped glasses that naturally hid my face, or rather made my face appear too angular and hard, nearing a cubist painting.

During the Mogul reign in India, the coat or Jama most in vogue was a long tunic with an overlapping collar fastened by means of a binding on both sides, and gathered at the waist by a cloth belt or sash tied artistically into a knot, conferring to the garment the appearance of a full skirt with heavy falling lines. The Urdu poet, Mir Taqi Mir, was exceedingly fond of wearing pointed shoes and coats whose circumference measured fifty full yards, but with the decline of the Mogul empire, this sartorial extravagance began to be perceived as burlesque. In 1780, when Mir, forced by circumstances to leave Delhi, arrived in Lucknow in the already outmoded attire as described above, he made himself the laughing stock of the town. Fashion had moved towards the general trend of shortening dresses, signs of a declining empire.

Contrary to what is understood under this term, a mannequin is not a mere (wooden) doll upon which garments are hung, as if on a hanger. Mannequins are those bodies that by virtue of their splendour and animation breathe life into cloth. It was Charles Frederick Worth, the grand couturier, who replaced the wooden doll with a human model. Often, however, these human models conduct themselves as if they were mere wooden or plastic dolls, without life or intelligence.

In our modern times, it is the tie that has replaced the sword…

For almost all his working life, he wore a well adjusted brown neck-tie every day to the office (he had two identical pairs) and often forgot to take it off when he got home. He had aged much too quickly and because he was afraid of embarking on his own business enterprise, he found that unlike his school and college friends, he hadn’t taken the opportunity—when it was rife— to  enlarge his financial orbit. As a result, he spent most of his time going back and forth from his home to an office where he was employed as a clerk, leading a life that had become so narrow, much like the neck-tie he wore.

Just like one’s clothes, one ought to have a range of perfumes, for one should be able to use a variety of fragrances according to one’s mood. There is perhaps nothing as uplifting and spiritually nourishing and comforting as the right fragrance – it can alter one’s weltanschauung – and it need not only be worn on one’s clothes or on one’s body, but one can always splash a few drops in one’s bath. One’s house should smell of it and especially one’s bedroom. The protagonist of Patrick Süskind’s novel, Das Parfum is compared to that of a musical child prodigy, a Wunderkind, except only in the ability to smell, a talent that unfortunately cannot be shown or exhibited.

A piece of clothing that is largely worn by women and girls and that hangs down from the waist. Often its perimeter is so large that it results in rendering a clear demarcation between the person wearing the skirt and the world around her. In France, after the demise of Louis XIV, women began to ‘loosen’ up by wearing clothes with flowing lines. One such curious feature of that era was the return of hoops. Instead of putting emphasis on height, they had their skirts distended sideways, sometimes so much as fifteen feet, making it difficult for two women to enter a doorway side by side or share a seat on the same couch. The width of this skirt affected even architecture, such as the curved balusters of 18th-century staircases in France. Although I have never worn anything that resembles a skirt, I have spent much of my life skirting around opportune moments, promises of happiness, and the perimeters of what lies at the heart of life.

A fastener that initially was camouflaged in clothing until Elsa Schiaparelli incorporated them on sportswear in 1930, and introduced exceedingly large ornate zippers into her collection of evening dresses in 1935. Although Schiaparelli could alter visual phenomena with much ease and grace—she believed in magic—and render radical transformations that nevertheless expressed themselves subtly—who else could have made a shoe sit on a head as comfortably and naturally as a hat— she still worked within a human frame(work), unlike many designers today. By introducing the conspicuous zipper, she understood that hidden things can, in fact, be removed from their hiding places, like a wound that has been stitched-up by a zipper, a mechanical scar that by virtue of a kind of surgery closes what was once open.

GAURAV MONGA writes prose poetry and short fiction. He teaches creative writing and much of his literary work is inspired by fashion. More about him can be found online at www.gauravmon.ga