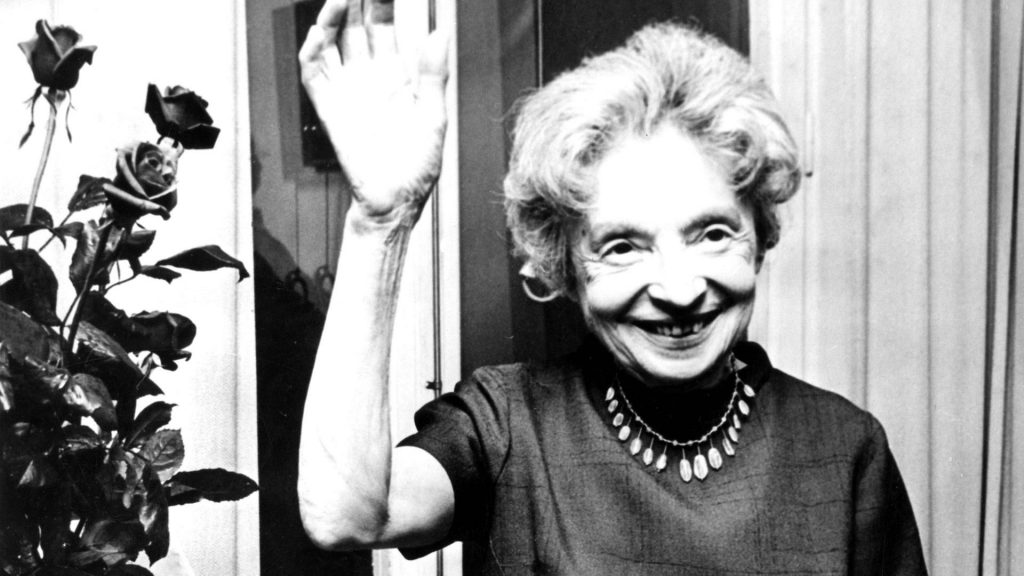 child
in the whirlwind of departure
pushing your toes’ white flaming foam
against the burning ring of the horizon
seeking death’s secret way out.

Lying as the sea lies
with just depth below
tearing at the mooring
with waves of longing.

Child
child
your head buried now
the seedpod of your dreams
grown heavy
in final surrender
ready to sow other land.

With eyes
turned back toward the motherground–

You, cradled in the century’s rut
where time with ruffled wings
drowns, stunned
in the great flood
of your end
without end.

chosen
still in sin
like springtide dancing
curving
in secret moonphases
before the Ark of the Covenant
earth-roots ripped out
homesick spindrift.

But
still standing in the flamepot of the earth
with plants and animals
up to the loins
the prophets were
already looking
through stone
to God.

Christ gave up
fire
earth
water
yet built one more cry
out of air
and the
light
within the leaves’ dark enigma
of the most solitary hour
became an eye
and saw.

By divine ellipse
compassed
with both thresholds burning
entry
and
exit.

Your breath brings home times past
building blocks for heart chambers
and the eyes’ heavenly echo.

The moon has sunk
its destiny into your expectation.

The sleeping speech
of water and wind
quietly culminates

in the space of your
lark-like cry.

YET WHERE IN THE MISTS

shall we seek the roots of those breaths
writing this moment’s history of creation
in the clouds?
What kind of motherless face
moves into the airy body?
Which vein burst
to offer the holy geometry of yearning
a homeland in your eyes?

Decorated with waterflowers
weeping
the orphan flies in bright green grass
imagined caress
long before man enters
into the clay.

All that’s new belongs to God–
His firstborn up there signal
kinship
Eve ensnaked
plays the earth’s apple game.

Once evoked
Taurus, scythe-cut, pushes through the epochs
his image woven in skinless glory–

Deranged, the prophet’s beard flutters
torn from the lip’s message
moment of the wandering footstep
and the gesture of bearing
before they plunged into the labored
weight
of human being
screaming–

jetsam
with the sea mark
royally
overgrown with sleep

path of penitence
embracing
milestones from the sea

O no arrival
without death–

JOSHUA WEINER is the author of three books of poetry and the editor of a book of essays, At the Barriers: On the Poetry of Thom Gunn (all from University of Chicago Press). His Berlin Notebook, reporting about the refugee situation in Germany, was published by Los Angeles Review of Books in 2016 as a digital edition. He has received Whiting, Guggenheim, and Rome Prize fellowships, as well as the Amy Lowell Poetry Traveling Scholarship, which took him to Berlin in 2012-13. His translation from the German of Nelly Sachs’ 1959 book, Flight and Metamorphosis, will be published by Farrar Straus Giroux in March 2022. He teaches at University of Maryland, and lives in Washington D.C.

LINDA B. PARSHALL has published scholarly articles and translations focused on German literature, landscape theory, and art history from the medieval to the modern period. Most recently, she edited and translated Letters of a Dead Man by Prince Hermann von Pückler-Muskau (Dumbarton Oaks, 2016).