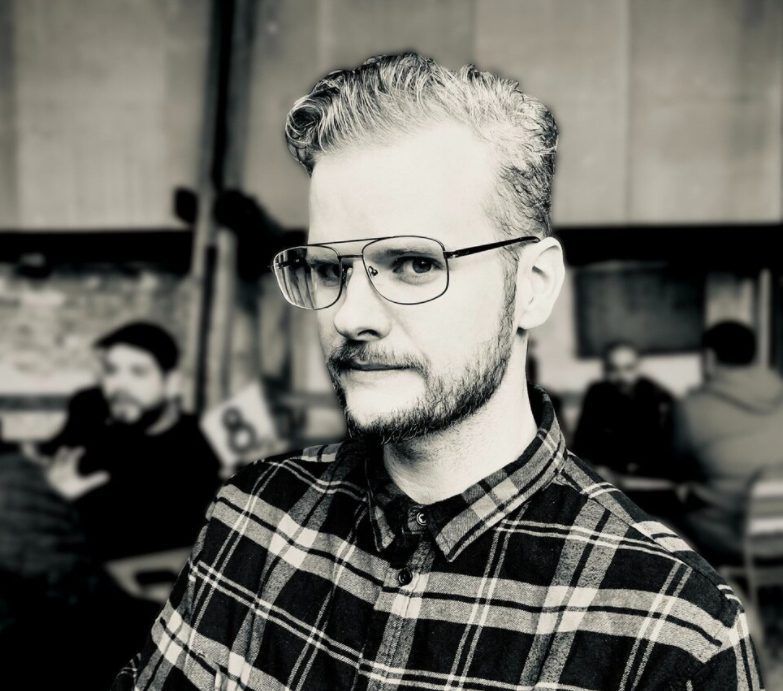 The doorbell rang. We all looked at each other. Nobody wanted to get it. We could sense the visegradišag (ˈviʃɛɡraːdɛʃaːɡ, 1: Visegrad-ness 2: the stuff of Visegrad) out there, lurking. One of those things most difficult to convey about the special conditions in which we lived was the visegradišag: that everything, buying bread, recycling, riding the tram, came with a surreal associated cost that was impossible to anticipate and could range in consequence from mild discomfort to soul-shattering alienation, forcing you to withdraw from the human experience and curl up in bed with plastic trays of precooked meals that you nurtured toward palatability with streams of your own panicked tears.

This was not just the result of being foreign and not speaking Vlodomerian, Rusyn, Slovakian, Hungarian, Polish or Ukrainian, any of which might penetrate the field of disdain Vlodomerians raised whenever they detected a hint of English, but of Visegrad, which seemed to attract weirdness on every level: local, political, personal, historic. Everything was subject to its influence, so that the most Visegradian quality was practiced nonchalance in the face of Visegrad itself.

Doorbells were its horsemen, and Visegrad doorbell protocol always involved calling ahead and letting the phone ring a few times before hanging up, so whomever you were visiting could poke their head out and confirm your presence to buzz you in.

An apartment’s doorbell announced the means by which the real Vlodomeria, the immutable, dangerous, weird Vlodomeria, infiltrated your life: a troop of Galicians that could not be dissuaded from believing that your flat was an after-hours kazyno bar, demanding beer and inadequately cleaning up after themselves in the toilet: hatchet-faced repairmen, buffeted in on clouds of Vlodomerian profanity that ripped out all your copper wire: serene, dopey-eyed faux-Krishnas that sought to baptize you into the Actualization Method and International Restaurant Chain of Supreme Master Nam Ha Simpkins—in winter temperatures that, however much you were the sort of person with the time and patience for spontaneous baptism, made the question of being repeatedly dunked in a rain barrel a matter of self-preservation (plus, one of the Simpkinsites would sneak into your kitchen and throw all of your meat, honey, and diary-stuff out the window).

“I’ll have to excuse myself from answering,” I said as the doorbell rang again. “This is not my apartment, and I would hate to presume.”

McKayla looked from me to Lear.

“Rye,” said Lear, gazing sympathetically at me from the table, “I want you to feel at home. We just met, but I think of you as family.”

McKayla looked from Lear to me.

“Me neither,” admitted Lear.

“You sheep,” said McKayla. Someone began pressing the doorbell repeatedly and in rapid succession. “Cowards.” She stood up. “This is typical of your whole chromosomally-encumbered sex.”

There came the angry rap of knuckles on the door itself. McKayla rounded on Lear, and he brought his hands up as though to catch a punch. “You’d like that. You’d prefer this task, too, was lashed to womankind, knees buckling under the accumulated weight of male ineptitude.” There was another flurry of bellringing, more angry knocking.

“Maybe it’s reinforcements from the universal sisterhood,” I said. “Maybe when the door opens you’ll be clasped to the bosom of breathless suffragettes.”

“I don’t know why you’re smiling,” she snapped at Lear. She sat down and gave me an irritated look. “I can’t believe this is how you’re paying us back for the hospitality we’ve shown you.”

“Hospitality? If your idea of hospitality is to let a guy sleep on your couch, just so—”

The pounding returned, now with ferocious kicks against the base of the door and frustrated slaps to the doorbell which conveyed its abuse only faintly. We stopped talking to listen as the action crescendoed in a half-hearted attempt to break down the door. There was a final blow, then silence.

“Ah,” said Lear, “it must not have been important, since he gave up.”

McKayla nodded. “We once had a guy smoke us out with dead brush he collected from potted plants on the landing.”

“We sure let him read the meter,” said Lear. “He earned it.”

A loud clattering came from the skylight, and we all turned toward the first crystal spell of the Visegrad spring. Something had displaced the roosting pigeons: they flapped and toppled across the red tiles, leaving airy tufts of gray feathers. Then came the noise of a body sliding down the roof.

“Out,” commanded McKayla. She abandoned her laptop, toast and cheese. Lear ran to the door and threw on a jacket.

“Hasn’t this one earned it?” I asked.

Lear began stuffing his feet into his shoes. “Anyone that wants to talk to us this badly must be dangerous.”

A loose shingle flew past the window and exploded in the street. “C’mon,” hissed McKayla. I attempted a sit-up, which I was unable to perform. I leaned to one side with a pained expression on my face.

I heard the squeak of friction against glass and looked up. A face was staring in at me, upside down. It was at once perverse and familiar: hideously ugly, and yet the ugliness of its features was like my own, hair long and greasy, nose bulbous against the windowpane, irises wide and black from chemical dilation.

There was a flicker of mutual recognition. I resisted the urge to undo the latch.

“Rye!” warned Lear. Shrinking, I turned and grabbed my shoes. Then I ran into the hall, down the stairs, and into the street.

We did not return to the flat that day, but drank in an imitation Irish pub called the Fubliner, all resplendent in fascimile Irish trappings and served by a bartender who was really, actually from Letterkenny, but who lived in a state of caricature, maintaining a cereal commercial brogue whenever he worked, six hours a night, four nights a week.

We took turns sleeping in tall booths that looked like stained mahogany but were in fact reinforced cork with vinyl stickers pasted along their backs and sides. We drank super dark Slovak lager beneath a poster of the doors of Cornwall and an outsize flag of Côte d’Ivoire.

DUNCAN ROBERTSON is an American writer who has lived abroad, both in South Korea and Eastern Europe, since 2011. A native of Seattle, Washington, which he still visits regularly, he currently resides in Budapest, where he edits Panel, a magazine of English-language literature produced in Central and Eastern Europe. His work has appeared in Expat Press Online, North Dakota Quarterly, and Unlikely Stories.

Visegrad is forthcoming from New Europe Books in March 2022.