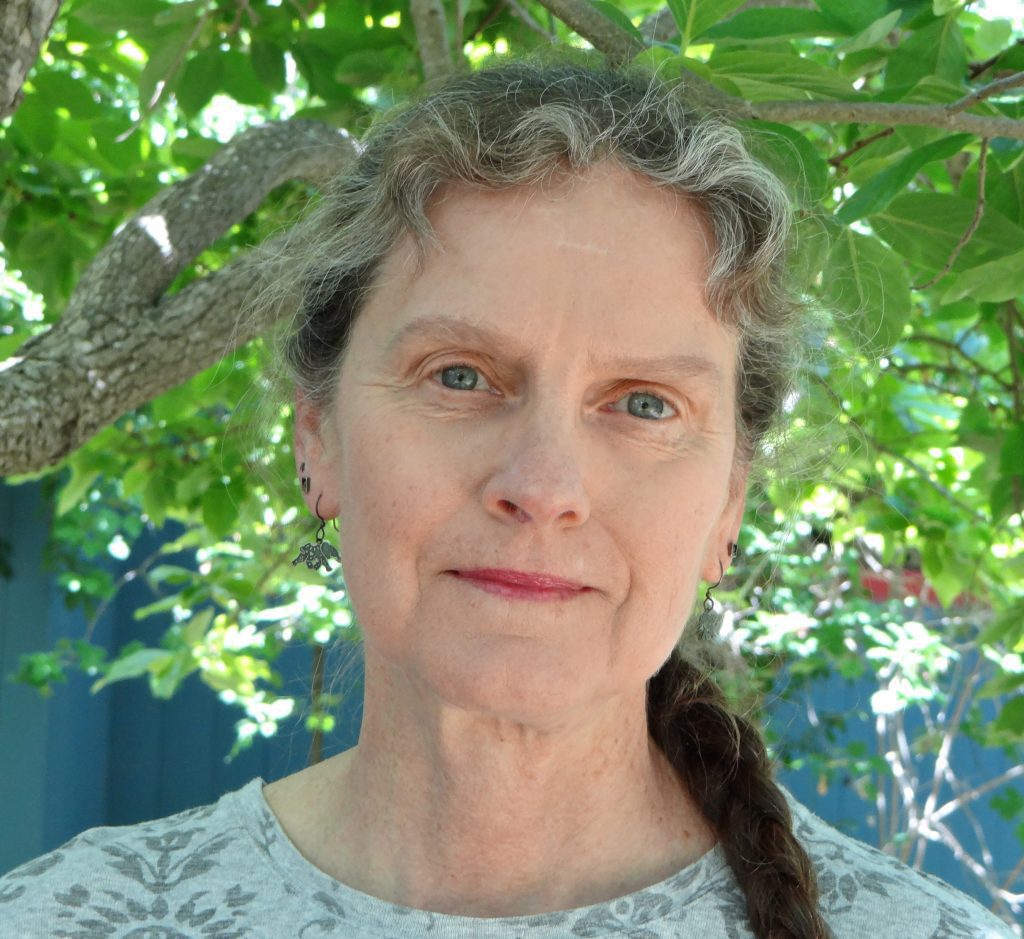 MY FATHER TRIED TO TEACH ME THE FOXTROT


The simple, square geometry of it
was clear to me, but I couldn’t follow him.
My hand on his shoulder, my other hand
in his, could not read the gentle clues
that were supposed to guide me
through turns and curves. I felt nothing
pulsing under his cotton. Nothing crossed
into my nerves. I stumbled
over his foot, I tilted, I was stiff.

I might as well have been our collie
on his hind legs, waiting to escape.
Women love to dance with him, my mother said.
He’s so easy to follow. But those women
never had to clench against his slaps and rages.
They could soften in his arms, no walls,
no muzzled fear.


My arms float in slow curves,
I ease into another direction,
and my hand passes before my face,
and for a moment, I see my father’s hand —
its color, its shape — as though resurrected
and living at the end of my arm.
His hands were pale and freckled.
A foam of blond hair iridesced
in certain lights and as he aged
the hair bleached not so much white
as a transparent no-color.
Palms almost square, clean nails
clipped straight, knobby knuckles.
Uncalloused desk hands that turned pages,
cradled pens, drew round-cornered,
squarish letters, no slant, lovely and clear.
You’d have thought them gentle, those hands.
How they’d place the needle carefully
in the record grooves as he said
listen to this before the organ
poured its thunder and blaze
into the room. But I never knew
when one of them would leave his side
and strike my face, as though it had
its own life — the loud crack and sting
of that fast slap throwing my head
to the side — its comrade hand curled
and clenched, the rock held back.
I had no moves then. Now,
I practice — single whip.
Fist under elbow. Snake creeps down.
Cloud hands.

PATRICIA ZYLIUS is the author of the chapbook Once a Vibrant Field. Her poems have appeared or are forthcoming in California Quarterly, SWWIM, Plant-Human Quarterly, Catamaran Literary Reader, Passager, Sequestrum, Book of Matches, Juniper, Ellipsis, Natural Bridge, and other journals, and on the Women’s Voices for Change website. Her poems are also included in Welcome to the Resistance: Poetry as Protest, In Plein Air, Women Artists Datebook, and The Yes Book.