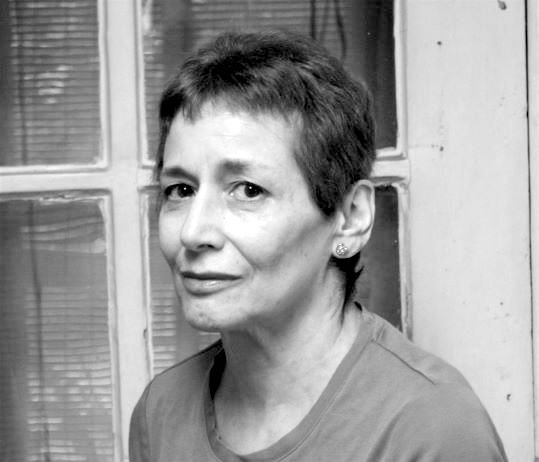 Carol’s husband, Charlie, had pneumonia, but still insisted they go out and rake leaves. Charlie had always been mulish, but in old age, it was extreme as if Death was hovering over him like a demanding boss, each new affliction another project to work through.

Carol noticed that none of their neighbors had cleared their yards, including the unpleasant widow who lived in back of them. Once, when Charlie was walking their pit bull, Paco, Paco had shit on the edge of the widow’s front lawn and before Charlie had a chance to scoop it up, she’d screamed at him from her front door. The following day she’d sent them a letter, proscribing how far from her yard dogs on leashes should be kept and she’d also praised the beauty of her grounds, calling herself a ‘master gardener’ though her grass resembled snarly, phlegm-colored hair much like her own.

This widow often hung her laundry out to dry and today, pastel bedsheets floated on the clothesline like elongated bubbles streaked with bird shit. Carol had deliberately put feeders in her own yard so sparrows and crows would eat the seeds, then crap all over the widow’s laundry and Carol was pleased to see the birds colluding with her.

That still wasn’t enough to quell her anger at raking leaves with a sick, stubborn husband or having a self-described ‘master gardener’ for a neighbor. Clearly, this woman was not a ‘master gardener’ just as claiming one is ‘world-renowned’ doesn’t make that a fact.

“Look, she hasn’t raked her leaves!” Carol yelled at Charlie.  “Look at her yard! The master gardener!”

“Would you be quiet?” Charlie hissed at her.

“Master Gardener, your yard looks like shit!” she yelled in the direction of her neighbor’s house and they both heard a window slam.

By then, she’d raked a fair amount of leaves and felt entitled to a nap. As soon as she went into the kitchen through the backdoor, she took two Tylenol from the bottle she kept on the table and swallowed them without water.

She had no aches in particular, but she regularly took Tylenol for existential dread. She’d read online in Smithsonian that “the link between dread and Tylenol isn’t as murky as one might think. Existential angst is a type of pain.”

About a half hour after she’d taken the Tylenol and gone to bed, the telephone on her night table rang. She and Charlie never answered the phone anymore since most of them were robocalls or scammers, but it was a local call from someone named ‘Rossetti’. Carol immediately thought of the poet, ‘Christina’, then remembered the master gardener’s name was Vivien Rossetti. She heard tortured breathing as if someone was trapped somewhere, but had managed to crawl to a phone like a plotline from ‘Criminal Minds.’

It was so chilling she didn’t pick up. It wasn’t exactly a death rattle, but an eerie, preternatural moan and all Carol could think of was ‘utburdur’.

Utburdurs were newborns abandoned in the Nordic wilderness because they were considered superfluous burdens. Their ghosts had the bodies of ravens with little human faces still intact. One might flee back to the mother who’d left it, eventually driving her mad.

Carol had learned about utburdurs on a trip to Iceland. She and Charlie had visited a vast lava field, where the seared earth had been covered by spongy moss that rolled out gently like green flocks of sheep. The icy, pristine wind seemed to be chanting and their tour guide told them they were hearing utburdurs, spirits of abandoned infants whose mothers left them on the stricken grass to die.

Maybe the widow had lost a baby. Maybe she’d had an abortion or a miscarriage and the crows circling her bedsheets had unhinged her the way Utburdurs drove their mothers crazy. The widow was even older than Carol and anything was possible at their age. Two acquaintances of Carol’s had dropped off the radar, sinking into hallucinations. Carol had expected boredom in old age, but it was the terror that surprised her, how the familiar could turn into a gaping rabbit hole once your senses started fading.

She, herself, had dreams where she was buying groceries and when she opened her purse to pay the cashier, instead of money, she found her wallet full of worthless coupons. She would wake up afraid the dream might be a premonition for the time when she mistook a can opener for a key to the house.

She pulled on her bathrobe and walked to the room across from hers that overlooked the widow’s backyard. It had been one of their kids’ rooms that they’d haplessly converted into a storage space for laundry, books and surplus furniture.

Looking out the window, she saw Charlie talking to the widow over the fence. It was the most dangerous season of COVID and they both had masks on, but they were so close she could swear they were holding hands. There was a loving relaxation in their postures and she had to remind herself the widow was eighty, ten years older than she was or she’d think they were having an affair.

They were clearly commiserating. Was it over her? She noticed the widow was holding a rake as if Carol had shamed her into it.

The two nodded, then Charlie walked away and started shuffling the dead leaves into garbage bags. He’d gathered them into knobby piles all over their yard. The widow, still holding a rake, wandered toward her garage.

It was the widow’s moan she’d heard over the phone and Carol now understood why she called herself a ‘master gardener’ and why Charlie raked leaves though he had pneumonia. They were all turning into utburdurs, intent on proving themselves still useful, worthy mouths to be fed and even the widow’s nightgown under her drab wool coat looked like swaddling.