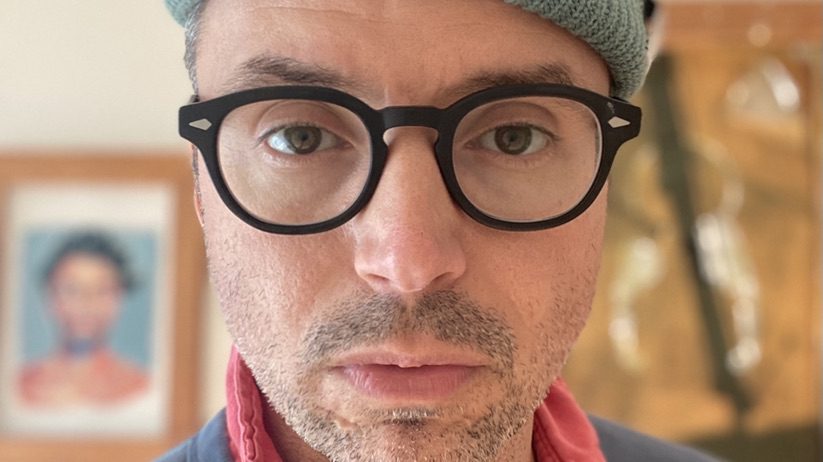 A moment goes unnoticed or cautiously glides
into meaning fearful of its making
out of sequence, plotless and blessed
with almost “stupefying tones” but steadily
walking through parks, standing under heavy
palm leaves and studying the alleyways
lined with municipal garbage. It’s here,
looking through rear windows, the tang
of thought, splash-sound of shoes skidding
in a puddle of hosewater and gasoline. Earlier,
I was all let’s get to work and suddenly
this life is mostly soundtrack and let’s
send letters to stave off the abyss. To wake up
each night, walk to the bathroom, use
the hallway wall as a guide through dark —
feel for the bowl and piss. The force
of air humming in the wall and now
asleep again, it’s not yet dawn and
awake again, cars on the street again, light through
the curtain gaining lumenesence — What’s tomorrow going to be about?

They put up a perfectly conical tree on Bull St.
hung light garlands across Broughton. And I’ve filled in
a hundred forms in a hundred different ways.
Another week and another dozen eggs. Olive oil,
roasted garlic and toasted bread. Then for a few
minutes, I practice my name in longhand,
feeling foreign in a unruled notebook.

Now you’ve got to do something. Now
you’ve got to be something. Dried, pale
green-gray Eucalyptus and indigo thistle
in a white metal milk pitcher.
The time it takes the cold water to turn
warm then hot — not too hot, but enough.
A damp wash cloth on my eyes.
Yesterday, rubbing rose oil into my temples
staring into my hairline.
M— called yesterday, then texted:
“Are you getting these?” I was.

…guilty in a few scattered thoughts
then walking along the river to watch
people pose against the slow gliding CMA CGM Brazil.
Spoke to P today in VA Beach.
Made pork ramen and drank a holiday lager, twice.
Now it’s eight and dark and this decade panting
nearing the finish line. Students of life ______
in the street.

“A good idea for poem, suggested
by one who is not a poet.” Spent
one night, dead in a childhood
dream, sitting at a bar with a giant fly, drinking soda.
We talk— it’s a dream, it’s late afternoon,
but we don’t have any common interests.
I listen to my parents speak about things I believe
I know more about than them. Part of getting older
no one perhaps prepares you for. I forget
sometimes, I’m living in GA and everyday
the same sulfurous stench comes in thru the HVAC
that christens the warm sun yellow sidewalks.

Kin Hana came for Thanksgiving last week.
We drank too much to catch up
doing voices, sinking into friendship.
Tonight, weeks later, peeling and eating
hot, salted chestnuts over the kitchen sink.
Last week T asked me for a poem.
Meanwhile, P— never sees my poems.
And J: J—thinks “I’m doing a thing.”
I haven’t been writing really but I’ve been
thinking about the words,“Palm Rose.”

DOUGLAS PICCINNINI is an interdisciplinary artist and the author of Blood Oboe (Omindawn, 2015), Story Book (The Cultural Society, 2019), Victoria (Bloof Books, 2019) and most recently, The Grave Itself (Ethel, 2021). He lives in New Jersey.