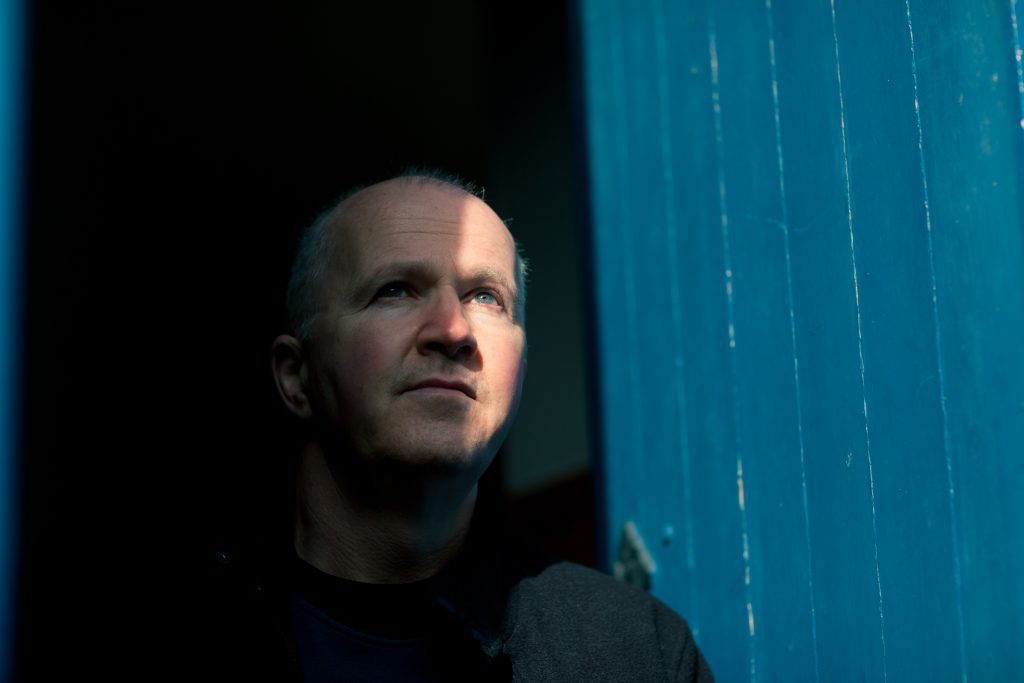 Editor’s note: “Publisher’s Story” is a new feature in which we provide a platform for outstanding independent publishers to share their vision and recount their experiences. In the first installment of this series, Scottish poet and editor Rob A. Mackenzie describes the beginnings of Blue Diode Press.

THIS MIGHT SOUND PARADOXICAL but, when I started Blue Diode Press, I didn’t intend to become a publisher.

It was 2018, the centenary of Muriel Spark’s birth. Spark is among the 20th century’s greatest prose writers. Her twenty-two concise, intelligent, darkly humorous and often satirical novels ought to be widely read beyond her famous The Prime of Miss Jean Brodie – the only one set in her native Edinburgh. I had read a few before, but I set myself the challenge of reading all twenty-two during the centenary year. Many events had been organised to celebrate Spark’s work and it occurred to me that a poetic response to those novels could be interesting.

I discussed the idea with Louise Peterkin, a significant talent in the Scottish poetry scene (and, as it turned out, a highly skilled editor), and at first we thought we’d ask a few poets to respond in verse to Spark’s best known novels, but that soon felt unambitious. Why not commission poets to respond to all of them? In fact, why not commission two poets to respond to each novel? That would mean contrasting approaches and forty-four poems, the perfect length for a poetry book. We made lists of poets and before long we had forty-four involved, from well-known names (in poetry terms) to the emerging and experimental. The book was set to be a reality.

The only problem was that I had no idea how to make a book! I had never used InDesign before – the industry standard program for book creation – and knew practically nothing about publishing, marketing, typesetting or design. I knew, however, that I had to learn fast. I spent the summer learning the absurdly convoluted mechanisms of InDesign and reading books about making books. I read Robert Bringhurst’s classic The Elements of Typographic Style on a sunny Mediterranean beach. I got invaluable advice from Helena Nelson of HappenStance Press, Hamish Whyte of Mariscat Press, and Gerry Cambridge, editor of The Dark Horse magazine. One day, boxes loaded with the Spark anthology arrived, and Blue Diode Press was born.

I made plenty of mistakes in the process of typesetting that anthology and sometimes felt like tearing out the little hair I had left. I was often working well into the night to sort out problems. The result, however, made all the work worth it. The poems were consistently brilliant and, despite my inexperience, the book had ended up looking great. The aesthetics are important to me: the typography, the cover, the paper – the whole package. It felt ridiculous to abandon skills I had developed after a single publication.

I ran into Tessa Berring and she asked me if I was thinking of publishing more books as she had a manuscript ready, which became Bitten Hair. A few weeks later, Juana Adcock did a spellbinding reading in a tiny Edinburgh bookshop, and I asked her if she had enough poems for a collection, which became Split. Within a few weeks, I was ready to work on editing and typesetting those books, which I knew were special, at a sharp angle to anything else in UK poetry. What I’m always hoping for in a manuscript is a book different from the merely trendy and mainstream. I want books that readers are calling out for, even if they don’t know it before they start reading. I was pretty sure I’d found that with those two.

My real surprise was when Juana’s Split was named as the Poetry Book Society Choice for winter 2019. It was a first: the first independent, unfunded publisher ever to get that award, the first Latinx poet, possibly the first Scottish publisher. It was a huge boost. Both collections were then highly commended in the Forward Poetry Prizes.

Since then, Blue Diode Press has published two more books: Andy Jackson’s third collection, The Saints Are Coming, and Tess Jolly’s debut, Breakfast at the Origami Café. Two more are confirmed: a translation from the Czech by Nathan Fields of Milan Děžinský’s A Secret Life and nicky melville’s Decade of Cu ts: New & Selected Poems. The plan is to publish five books in 2021 and six in 2022: I am currently considering manuscripts from a recent Call for Submissions. The idea is to maintain gradual and sustainable growth, without being either too timid or overreaching. There is little financial reward in publishing poetry but a great deal of satisfaction and I hope that continues for many years to come.

ROB A. MACKENZIE is a Glaswegian poet, editor, reviewer and occasional translator. He lives in Leith. His poetry collections are The Opposite of Cabbage (2009), The Good News (2013) and The Book of Revelation (2020), all published by Salt. He is reviews editor for Magma Poetry magazine and runs literary publisher, Blue Diode Press.