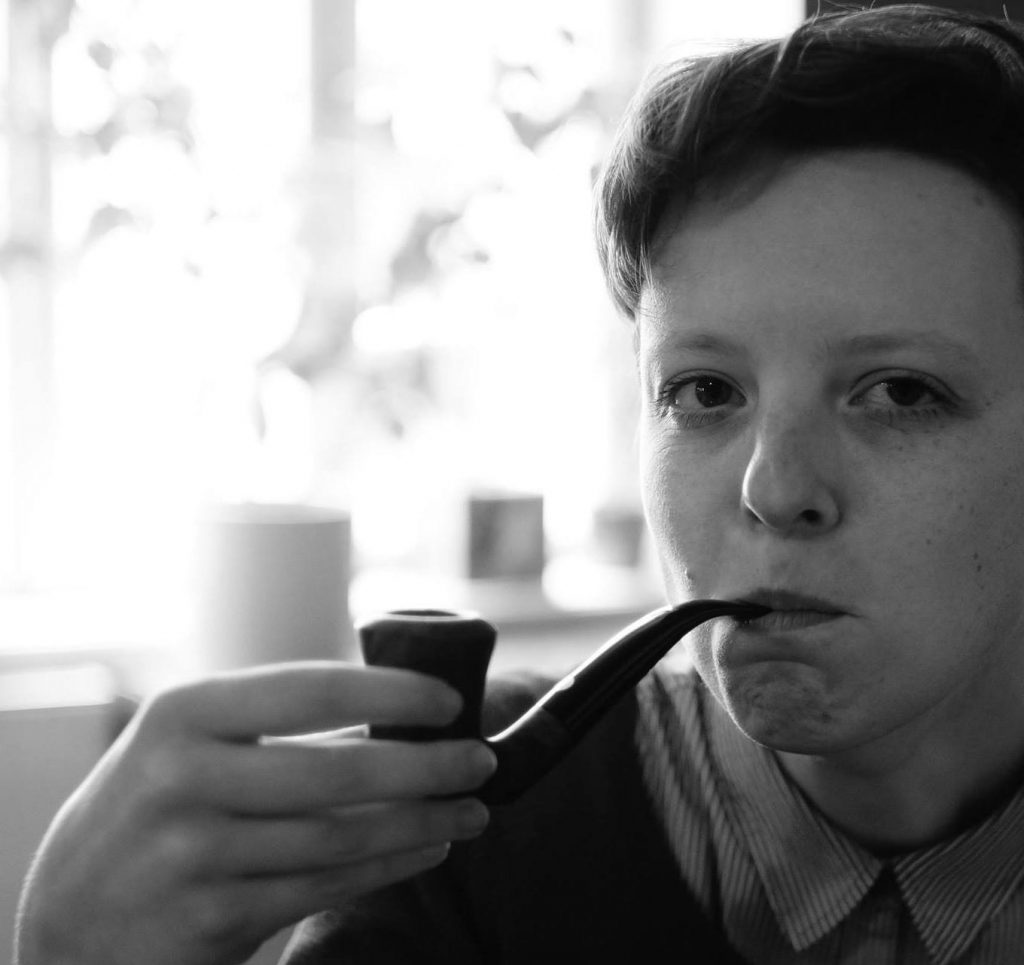 I thought I was being silent, but it wasn’t yet
the blow, the paralysis, that raid
of locusts
settling above a gorge in the valley.
The power station abuzz, too,

holds its palm in the current, and down below
lies only the lake I won’t manage to walk around
before the storm. I retrace my steps, barefoot and diligent as a shipwreck,
while boulders pile up on the shore, people clear away picnics,
dogs sop their muzzles and wag their tails

in my humiliation. I’m slow
like the tide of driftage, a calm voice
on the other hemisphere. Drinking is a must,

for children just as for their parents, shadows
crisscrossed behind windows, the hotel occupants,
the supermarket staff, whole
ski resorts rise up
on account of my roundabout walk. With a steady hand

we block springs, draw ourselves up atop boulders,
look out over the water’s surface
and talk big about
catharsis, where they come alive – but let it be so:

OLGA PEK works as Community Manager in Rekonstrukce státu and is a former Psí víno editor-in-chief and Prague Microfestival director. With Zuzana Husárová, she co-authored Amoeba (2015), an origami book, and together with David Vichnar she co-edited the critical anthology Terrain: Essays on the New Poetics (2014). Her poetry translations from English appeared in the anthology Polibek s rozvodnou (2012), her poems have been translated into German, Polish, Romanian, English, and Hungarian.

TEREZA NOVICKÁ, born in California to Czech parents who fled the communist regime at home, moved to the Czech Republic in 2000. She completed her MA in American Literature at Charles University in Prague. Her projects include translating Czech films as well as Czech poetry and fiction. She has translated a number of Czech and Slovak poets into English, including Ondřej Buddeus, Sylva Fischerová, Jan Těsnohlídek, Nóra Ružičková, Ondřej Škrabal, and Lenka Daňhelová. Her co-translation of Vítězslav Nezval’s The Absolute Gravedigger (Twisted Spoon Press, 2016) was awarded the PEN/Heim Translation grant in 2015.