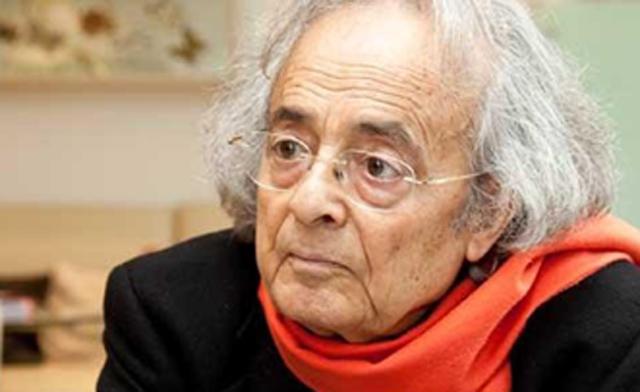 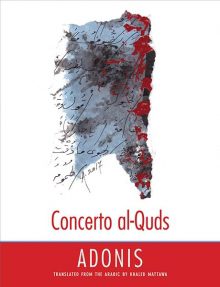 When Donald Trump recently and controversially announced that the United States would recognize Jerusalem as the capital of Israel, the seemingly endless debate over the city and the possibility of a two-state solution between Israel and Palestine flared up again in the headlines. Coincidentally, recent weeks have also seen the publication of Concerto al-Quds, a book-length poem meditating on the history and fate of Jerusalem, from the renowned poet Adonis.

Al-Quds, which literally means “The Holy One,” is the Arabic name for Jerusalem. This city, with its palimpsest of histories, governments and languages, is the nucleus around which the electron cloud of this poem whirls, now offering lyrical incantations and now offering poignant historic and religious insight. The animating spirit of this learned and powerful work is Adonis’ opposition to monotheism and the cruel ironies that have bathed Jerusalem — which is considered holy by Muslims, Jews and Christians — in bloodshed.

Adonis, who has taught at the Sorbonne and Princeton, among other well-regarded academic institutions, spearheaded the modern movement in Arabic literature. Besides his own poetry, he has published thorough studies on the history of Arabic poetry, including the the three-volume Anthology of Arabic Poetry (1964-68), and he has also written at length on surrealism. Both of these elements inform this poem. The former appears in passages that quote from ancient texts and cite Arabic prophets and poets. As such, the detailed notes from the translator provide useful insight. Like much of Adonis’ work, this poem is multi-layered, drawing on millennia of history and literature.

What is perhaps most impressive about Adonis’ poetry is its expansive open-endedness and its ability to pivot instantly from erudition to naïve vision.

This intermingling is present from the very opening lines of the poem, in the first section, titled “Heavenly Summary:”

Up there, up above,
look at her dangling from the sky’s throat.
Look at her fenced with the eyelashes of angels.

No one can walk toward her,
but a man can crawl on his forehead and shoulders,
perhaps even his navel.

Barefoot, knock on her door.
A prophet will open, and teach you how to march, and how to bow.

This sense of only being able to approach the city indirectly charges the entire poem with meaning. It’s not uncommon to progress immediately from an opaque, heavily footnoted stanza to an aphoristic couplet with the striking, surrealist-tinted vision of the following:

The wind reads the roses.
Perfume writes them.

Similarly the poem moves from timeless lyricism to contemporary journalism. In the stanzas following the above couplet, we read:

Yesterday when I met her, night whispered in my ear,
“Perfume is the rose’s child,
but he is born a young man.”

I said to my imagination, “Be brave,
and put your hands on the shoulders of al-Quds.”
And I said to al-Quds,
“Why is it that when I come toward you, I can only walk backward?”

A concerto is a musical work composed of several movements and featuring a single voice rising above accompaniment. The open-ended poetry in this collection certainly fits this description, and the history and scripture from which Adonis draws forms the background to his own poetic voice. This is far from a fragmentary poem, though it is composed of disparate fragments. It is a masterful expression of wonder, hope and frustration for this holy city and the volatile events it has both witnessed and inspired.

Throughout his career, Adonis has been outspoken in support of secularism. As he recently said at a reading in Prague, “all of the greatest Arabic poets have been against religion.” The poet’s sentiment is evident in several places throughout the poem:

A man who loves his shackles,
a wife fully veiled,
a girl wearing a headscarf,
and halal meat.
A hotel, a restaurant, a coffee shop, a graveyard.

Adonis’ poetry resists closure. The picture of Jerusalem that emerges from the poem is one of complexity, one where little is settled. It is fitting, then, that Concerto al-Quds ends with a series of questions:

A mountain sprints like the wind.
A river rises to drink the clouds.
But what will spring do in this city
among children who die, strangled or burned?
What can spring do in a language that refuses to read anything
but autumn?
And Hell, in which sky do you reside
and from which heaven will you descend?

At 86, Adonis has reached an age where definitive statements may be expected. It is a tribute to his intellect and his art that he remains committed to questions and investigations. Concerto al-Quds is likely one of the last collections we shall see from this great poet. Its unique melding of history, surrealism, religion and personal investigation in poetry which refuses to conform to the rhetoric of political statements is a fitting capstone to a career of intense engagement, with the world, with history, the imagination and the written word.