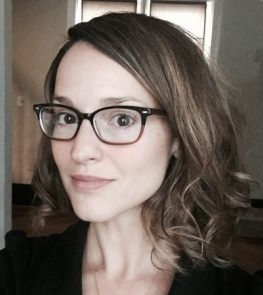 … the soft aired, Tennessee night
Gathers its children in its cupped hands.
Time has its covenant, and who’s to say that it is unjust.

FRIDAY: Buzzard Goad stared at the old bridge. He’d always thought it would collapse one day from TDOT’s neglect: the girders were rusted, the pilings vibrated with every passing car, and its lanes were so narrow, headlights rubbed like the sweat of racehorses. He was pretty sure most folks held their breath when they crossed it.

He’d driven across the bridge every day for nearly forty years. He knew the location of every pothole, could dodge each one by memory in the dark. But that night, driving his drunk brother Paul home from the bar while he rambled through one of his whiskey-exaggerated stories, Buzzard’s attention had drifted. He’d been trying to ignore Paul and ended up ignoring the road—at fifty miles an hour, he’d plowed through the largest hole at the end of the bridge. When he slammed his brakes, a hubcap broke free, tumbled toward the railing, and catapulted into space.

He couldn’t have cared less about finding it. His truck was twenty years old. Rust patches the size of continents. Edie, his teenage daughter had pointed out one on his passenger door that looked exactly like Australia. The truck had seen better days. But Paul was so determined, grasping his shoulder, wanting to fix this one thing, that Buzzard relented. It had been a long time since he’d seen any spark in his brother’s eyes—any real gesture born of goodwill and not his desire to ask for something costly in return: rent, bail, or cash for the painkiller addiction he’d finally kicked. He wanted to help. Buzzard would let him.

It was late. Close to midnight. Cold gripped the October air. In the distance, the lights of the McHenry Dam blinked and he could read the sign that faced the river: SIREN MEANS RISING AND DANGEROUS WATERS. But it had never flooded. At least not in his lifetime.

“Buzz,” Paul said, poking his arm under the guardrail at the end of the bridge. “Bet it rolled right through here.”

He squinted at the water. His real name was Adam, but only his mother called him that. Everyone else called him Buzzard. Even his brother. Even his ex-wife. It was a nickname born from his giant wing-span during the clumsy days of middle school basketball. His arms had grown before the rest of his body, giving him surprising reach. He could block boys a foot taller. Now he was nearly forty, tall, and stoic. Most women found him handsome, especially his lean, angular features in a town where most men his age carried an extra thirty pounds. His cheekbones sharpened in profile, as did his small, deep-set eyes—the last trait of a vague, rumored Cherokee ancestry mostly lost to generations of doughy Scotch-Irish. Far-sighted, his eyes habitually darted toward the horizon as if waiting for something to appear.

What always appeared was Lullwater. He’d never expected to stay in his hometown, a small city in the northeast corner of the Tennessee mountains, a stone’s throw from the borders of Virginia, North Carolina, and Kentucky. A part of him had always felt trapped by the landscape. Hills blocked the sky in every direction. The smokestacks of Westerly Chemical steamed along the river. Church steeples—Methodist, Baptist, Pentecostal—pointed accusingly and heavenward every hundred yards. So much in the landscape he couldn’t see past.

His family on both sides had come from the town or the surrounding hills as far back as anyone could remember. When he was a young man, he was sure he would leave. Move to Los Angeles or Hawaii—some place he’d seen on TV where he could be a cop driving by the ocean. But years earlier, he’d found himself young and married with a tiny baby he was sure would break in his hands. He’d made the only choice he could.

“I know it’s there.” Paul looked eagerly down at the bank. “Bet it rolled right through here.” He was a shorter, plumper version of Buzzard and ten years younger—a surprise baby to his mother and father who had struggled years earlier to conceive any child at all. “Our miracle baby,” his mother called him, and Buzzard worried the phrase had messed up his brother for life. Paul had only been fifteen when their father died, and he had drifted ever since, unable to see anything to completion: quitting sports, school, jobs, and women. Paul swayed on the bridge, drunk, hopeful, like he was a little kid again.

“You got a flashlight?” Paul asked.

“You got a job in the morning?” Buzzard shot back.

“Hold up.” Paul sprinted ahead of him.

“It’s probably at the bottom of the goddamn river.”

“No way, we were almost over the bridge. Fifty bucks it rolled down to the bank.”

He jumped into the driver’s seat, reversed, and parked Buzzard’s truck sideways across the bridge, blocking both lanes of traffic. “You can see now,” he yelled from the window. The headlights were pointed toward the hill that lead down to the river.

“Hell no.” Buzzard ran toward his truck, but Paul blared the horn and waved him back.

Buzzard wanted to wring Paul’s neck, but when he was messed up, he was impossible to reason with. Three minutes tops, he told himself. He’d find nothing and they’d go home, and Paul couldn’t bitch that he hadn’t tried. He threw his leg over the guardrail and lowered himself down.

The hill was slick, the grass wet from days of rain. Inching down the slope, he had to drag his fingers behind him in the dirt for balance. He was sober, but he never would have agreed to scramble down to the river if it hadn’t had been for that second whiskey. He’d been drinking at Stoney’s after the Lullwater High football game, and though he generally disapproved of Paul drinking anywhere but home—bars were a quick path to trouble for his brother—he’d felt happy to see him walk in that night. Maybe it was the alcohol or being elbow-deep in stories with his old football buddies. Maybe it was that he hadn’t seen his brother in a month. But when Paul walked through the door, he’d felt genuine joy: his baby brother. Paul had missed the game working the late shift at the paper mill where Buzzard had helped him get a job. Paul wanted details, so Buzzard and his friends had relayed every excruciating play of the defeat, staying late until Paul had chugged his fourth whiskey and invited himself to a ride home.

Halfway down the hill, Buzzard still couldn’t see anything, but he could hear the current. The sound of it felt like falling. He crouched closer to the ground.

He made it to the bank, cowering like an old man. After a few seconds, his eyes adjusted to the dark, and he looked around for the metal disk but there was nothing. To his left, the wall of the dam loomed. He wondered how much pressure per square inch it would take to crack it. It was an awful thought he thought.

The bank of the river hadn’t changed much over the years. Smashed beer cans glinted in the mud. Except for teenagers and fishing boats, it was a crook of town most of the town forgot. He hadn’t been down there in years, not since his daughter Edie had been born, not since his own reckless days of partying, of fishing half drunk, of fucking for the hell of it—the days when he’d feared nothing. Not death. Or boredom. Or being left. All the things a man grew to fear.

He looked around for the hubcap. He kicked at a tangle of grass and ragweed when he though he saw it, but it was only a McDonald’s bag that had rotted into a lump of paper. He turned to climb the hill when he noticed a shape in the water by the second leg of the bridge. Stepping closer, he leaned forward and squinted to double-check its size. It was probably only a trash bag or furniture cushion: folks all along the river routinely ignored the county’s no-dumping signs. But slowly, under the labored pulse of the dam lights, another shape took form. At first, it was only a square of white fabric, but as he leaned further not believing it could be what he thought, it grew: the shoulders of someone floating face down in the water.

On instinct, he stepped into the river. What if they were still alive? He was ankle deep in the water before he returned to his senses, his boots soaked and his feet numb. The man was clearly dead.

He splashed back to the bank and scrambled up the hill, shouting for Paul. Every few steps, the grass tore beneath his weight. He fell twice. But he didn’t feel it. Panic burned through his limbs.

“What the hell’s wrong with you?” Paul flicked his cigarette onto the pavement by his foot.

“I need my phone. Glove compartment.” He said, gasping for air.

“You having a heart attack?”

Paul pressed the button on the front of the dash and the door of the glove compartment clanged open, its hinges broken. Maps, tire gauges, chewed pens, and fast food napkins spilled to the floor.

“Oops.” Paul pawed half-heartedly at the heap. He was somehow drunker than when Buzzard had left.

He sprinted to the passenger side. “Move.” He pushed Paul back, and found the phone at the bottom of the pile. Westerly Chemical, where he worked as a safety inspector, had given it to him to carry around the plant on rounds. He didn’t like the feeling work could find him anytime, so after his shift was over, he’d power it off and hide it in the dash. No one outside of the plant knew he had it.

Plugging his ear against Paul, he dialed 911.

L.S. McKEE ‘s writing has appeared in Best New Poets 2016, The Georgia Review, Crazyhorse, New England Review Digital, Birmingham Poetry Review, Blackbird, Ninth Letter, Gulf Coast, Indiana Review, B O D Y, Oversound, and elsewhere. She received her MFA from the University of Maryland and a Wallace Stegner Fellowship in Creative Writing from Stanford University. In addition to writing poetry, she has recently completed a novel, Lullwater, set in the mountains of East Tennessee. Currently, she lives and teaches in Atlanta, where she co-founded Narrative Collective, a writers-in-residence group at the Goat Farm Arts Center.