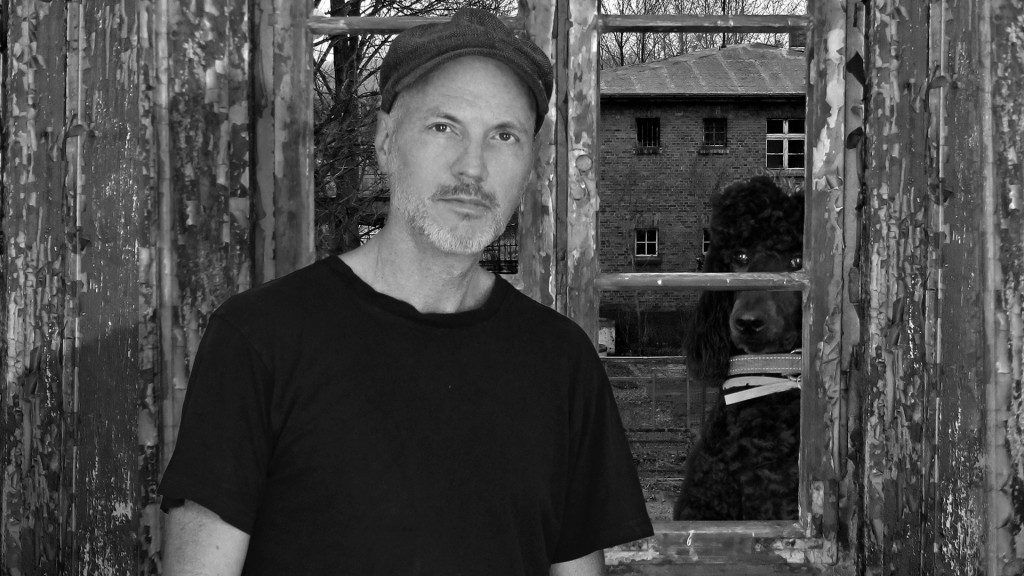 We’re not bad on our own, only as a couple. At least that’s what we tell ourselves, though it’s hard to remember a time before we were a couple. There is a certain comfort knowing our ugliness is mutual, a thing we bring out in each other, not something innate in our personal temperaments.

We have never been invited to our neighbors’ for drinks. Never asked to sign for packages or sweetheart bouquets. Never petitioned. Never called upon to water house plants or pressured into multi-level marketing schemes. The sort of things most neighbors do. With the good couple, we have never exchanged more than passing salutations. Hello. How’s it going. Have a good one. Cheerio.

No, we are not obsessed with the good couple next door, even though we’ve discovered so much to laud in their style and habits. We’ve heard them play Nick Drake, Sandy Denny and Alice Coltrane through the walls. They keep the volume low. Nothing there is ever loud. We hold an ear against the wall just to hear anything at all. Sometimes an empty glass helps amplify sound. Hold the open end against the wall and press an ear to the bottom. That’s how we know they walk barefoot on hardwood floors and sweep with soft-bristle brooms. Their iron skillets are gently stirred over gas flames. Dinners never microwaved, the way we do. Showers last a good 15 minutes, baths even longer. They towel dry, not blow dry, their hairless bodies. They make love from behind on a firm, coil mattress — her gasps and squeals stifled, we assume, within silk pillowcases and plush down comforters. Sometimes even the absence of sound speaks volumes.

We do not spend an inordinate amount of time thinking about the good couple. We are not like that. We are too absorbed in our own dramas, which involve a lot of smashing tableware, rearranging furniture, shredding shirts, torching documents, free association, pantomime and role play. Bad role play. The worst kind. Shameful, really. I don’t even want to go into it other than say there are costumes and phony accents involved.

Our shouting is mostly inarticulate — howls from the wilderness of our lost souls. Our cries escalate, one atop another, never quite forming intelligible language. We can not stop. We force the nonsensical out of each other’s throats, like sputum from the spit valve of a tuba.

You might think alcohol is somehow involved. Or weed. Or prosthetic limbs. And you would not be entirely wrong. Lines get blurred. Barriers wear thin as damp cocktail napkins. Emotions become abrade by Fuzzy Navels, Black Russians, Singapore Slings, Skip & Go Nakeds. Something inevitably bleeds through, like self esteem, pride, memory, regret or loss. Alcohol is all we have to lubricate our pain. Smashed bottles are easier to sweep aside than broken dreams.

We are a mess, plainly. So unlike the good couple next door. What do they know about eczema, ulcers, nosebleed and panic attacks? Let them splaterlessly ooze batter into their waffle griddle and half-slice fresh berries into their mimosas. We will be here rubbing coffee grounds into the rayon carpeting, stuffing charred meats into the garbage disposal, tossing soiled blouses and slacks off the fire escape, biting shoulder blades, pulling hair, beards, nipples and toes, ejaculating semen, spit, urine and mouthwash every which way.

One day there was a very deep silence from next door. It was like a silence ensconced in a quiet, wrapped in a hush, embedded in a void and smothered beneath a cold, wet mattress of indifference.

Fuck you. You come here.

No, listen. Next door. Come closer.

We passed the listening glass back and forth. It was the only unsmashed piece of glassware we still owned.

It was quieter than empty. Too quiet for them simply be not home or asleep. We speculated they were dead. Killed by an intruder or asphyxiated by their Thermador gas range. It hadn’t occurred to us the good couple next door simply moved away and what we heard was the hollowness of empty space, an apartment denuded of furniture, plants, throw rugs, macrame wall hangings and window shades.

A van came for their things mid-day. They were packed and gone in less than an hour. So said Daryl, the man in room 205 who fixes our broken furniture, repairs the holes in the plaster and sets the doors back on their hinges.

Did you know them? we asked.

Sure, a bit. The fella was European, I think. Had an accent. They sometimes moved about in the night. Sock-footed. They’d slide across the floor. A swishing noise, you see. And deep breathing. Dancing is my guess. After, they’d turn on the tap. Fill the tub. Soak and splash themselves. Then fry up some bacon. That’s what it sounded like anyway. But I have to admit, I was often too lazy to get up on the ladder and listen properly.

You might think that’s where this story ends, if you were the sort of person who did not understand story endings. But there was more. We’re skipping ahead in time, a few years later. We were heading home from couples’ therapy and feeling particularly enraged at one another. You wouldn’t believe the things confessed! The private matters brought to light! The insults and humiliations! The voice mimicry! But let’s not speak of that now. We ran into Jack’s Pantry for bottles of vodka and two cartons of Tropicana Homestyle.

There was a man in the chip aisle wearing a tan overcoat. He was staring at us while we argued about what’s real vodka and what’s complete shit. After we paid the cashier, this man in the overcoat blocked our exit. Hey, he said. Hey. He just stood there waiting for us to say something back, but we were not sure what to say. Finally, he said. I used to live next door. A few years back. We were neighbors.

It took a moment to gather what he was saying. He did not look like the neighbor we knew, not that we ever had a good look. I remember nice teeth, shiny shoes, combed hair. That’s nearly it. This man wore a stained overcoat and wrinkled slacks. Dark hairs protruded from his nostrils and the sides of his neck. His teeth were yellow. His eyes pink as crab legs.

You ruined my marriage, he replied. Then smiled to show he was joking. But we did not smile back.

I have to confess, he continued, we used to hear a lot through those paper-thin walls. Not that we were spying or anything. It was just hard not to hear things.

That’s right, we nodded, but kept mute, waiting to hear where this was going.

You were loud. Kept us up some nights. No need to apologize. That’s all history. She left. Said we would never have what you have. Crazy, right? I’m not judging. Whatever you’re doing works, apparently. Then he started to sob. Right there by the news rack with all those celebrity magazine covers starring right at him.

We took the man home with us. What else were we to do? His name, we finally learned, was Ansgar. What kind of a name is that? Nordic, he said. We poured him screwdrivers, fed him Double Stuff Oreos and listened to him talk about Simona, his ex-wife who left him to travel through India and connect with her past self. Selves, he corrected himself. She sends postcards, writing of her discoveries. She was once a Vedic priestess praying over fish in the Ganges. Her fingers mysteriously blistered while recalling her time working as a weaver in Anhara. Ansgar could recount nearly every postcard. She had been a nurse maid for Pen-the-silea, Queen of the Amazons. She had been a female pirate in the Guangdong province of China in the 17th century. She wrote sonnets under a male pseudonym in the late 1800s. She wore a pith helmet in the Carpathians Mountains during World War 1.

I got out the emergency Old Crow from beneath the bathroom sink. We wrapped ice in a towel, and pounded it with a hammer, then tossed the chips into plastic 7-11 mugs along with healthy pours of bourbon. We’d been hiding marijuana from each other, but we fished out our hidden reserves and rolled one spliff after another. Ansgar held not one objection. He let us pour drinks, light smokes, feed him nacho chips, cheddar cheese popcorn and microwave pork chops.

Ansgar attacked the pork chops as if he hadn’t eaten in days. This is delicious, he said, even though we knew it wasn’t. It had freezer burn and it had been a cheap cut we bought from the Armenian guy at the farmer’s market just before he was deported.

Wonderful, he said, licking the grease from his fingers. I haven’t eaten this well in god knows how long. He confessed to falling on hard times after she left. He’d been a project manager for a software startup. Was riding high. Called himself a SCRUM master, whatever that is. But their app went crap, and their CFO blew their IPO when all the Angles fled the incubator. Crazy talk, I know.

Have some more of these, we said, scooping blackies and yellowies into his palm. Wash them down with this, we said, handing him a mug of absinthe topped with whipped cream. His nerves began to steady as his speech began to slur. We felt proud. It was like nursing the child we swore we would never have.

Ansgar stayed with us a week. He slept on the pull-out sofa. We fed him oatmeal with laxatives for breakfast, French fries and Whip-its for lunch. We taught him how to apply for Food Stamps, where to get pain medication without a prescription, and ways to procure snacks and toiletries at the CVS without getting caught on their security cameras.

I don’t know how to thank you, he said.

Stop! we told him. Just stop. Have you learned nothing from us?

At the end of the week, we told him, We think you’re ready, Ansgar. He looked at us sadly, but knew in his lost soul it was time to leave and time for us to get back to our arguing, hectoring, plate smashing and brutal, ritualistic love making.

We filled his pockets with rolling papers, furniture wax, antihistamines and No Doze tablets. He embraced us both before setting foot out the door. We watched him walk down the long corridor to the stairwell. He was going to be okay, we assured ourselves. Wounds heal all time. A lost child gathers no dust. Even needles have eyes. We walked back inside, slammed the door and began finding fault with each other once more.

KEN NASH is the author of the short fiction collection The Brain Harvest (Equus Press 2012) and the founder of the Alchemy Reading & Performance Series in Prague. Ken is an illustrator, graphic designer and animator. He also writes and performs original music under the pseudonym “Ken Nash.”