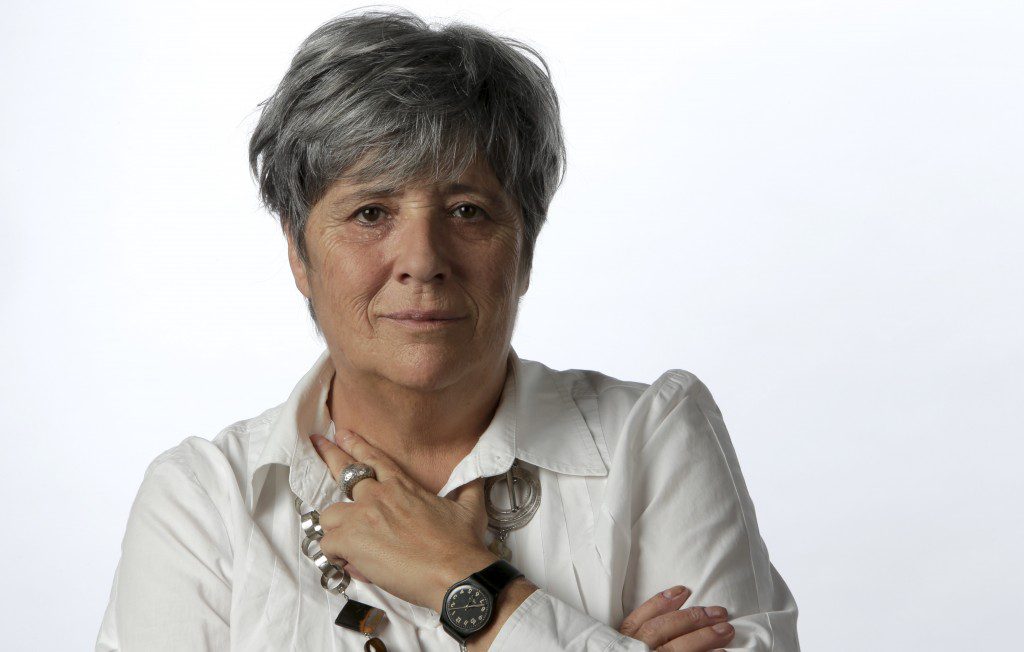 I left a book
on a park bench:
how foolish

But it was not by chance
I left the book, even though the sun was almost
setting, and the sea, invisible from the park,
was shining ever brighter

Because the earth, in fact, was an inner earth,
and there was no sea, only a plain,
and ahead of me: a time of smiles
traced in fire,
and the sea (invisible as I said before)
was such a serious matter and at the same time
so frivolous, that the book:
pure idea

An idea that did, purely by chance, appear on a train
and wasn’t even mine, but someone else’s
who very kindly gave it to me,
criticising these trammelled times of ours, more tornadoes
than winds

And there it was, for free,
pure idea,
saying that this is what the times demanded:
a book left
on a park bench

And so it was,
between the train crossing this piece of paper
unsuitable for a book,
and that time of smiles

(which does, incidentally,
really exist, I swear, as does the fire
and the invisible sea, with which nothing will agree,
and the park bench,
where I wish I had left the book,
but it’s only to be seen from here
in this poem,
for free,
on the horizon)

ANA LUÍSA AMARAL is a teacher and researcher at the University of Porto, where she belongs to the Direction of the Institute for Comparative Literature Margarida Losa. She holds a Ph.D. on Emily Dickinson and has written over twenty books of poetry and a novel. She also writes books for children, as well as theatre. She has translated poets like Emily Dickinson or William Shakespeare. Her books are published in several countries, such as the UK, Spain, Italy, France, Sweden, Brazil, Colombia or Venezuela. She was awarded several prizes and distinctions, among which the medal for services to literature from the cities of Porto and Paris, the Correntes d’Escritas/Casino da Póvoa prize, the Giuseppe Acerbi Prize for Poetry, the Great Prize of APE (Portuguese Association of Writers), or the Prize PEN for Fiction.

MARGARET JULL COSTA has been a literary translator for over thirty years and has translated works by novelists such as Eça de Queiroz, José Saramago, Javier Marías and Bernardo Atxaga, as well as poets such as Sophia de Mello Breyner Andresen and Ana Luísa Amaral. She has won various prizes, most recently the 2017 Best Translated Book Award for her co-translation with Robin Patterson of the Brazilian novelist Lúcio Cardoso’s Chronicle of the Murdered House. In 2013 she was invited to become a Fellow of the Royal Society of Literature and in 2014 was awarded an OBE for services to literature. In 2015 she was given an Honorary Doctorate by the University of Leeds.