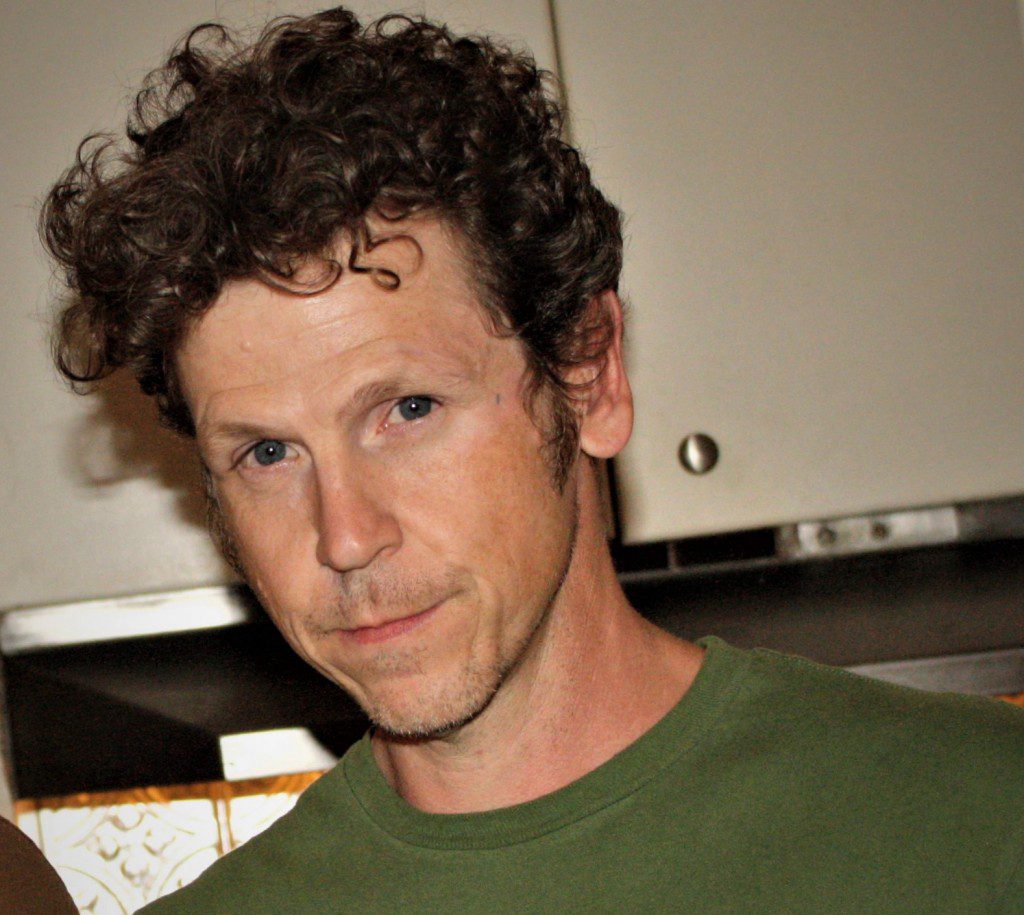 My wife is a grinning balloon tethered
to the warm drip, and I want to call
nobody. I woke up in the hospital
Standing beside her and peering
into the pink ball of skull
that is now my son. I want to charge
a fee for waving my hands,
for seeing the future. He arrives
at his utmost leisure, a black bubble
filled with stars that rattle like
a can of pennies. See him bristle
at his utmost leisure. I ask,
can you see my wife’s trim
abdominal muscle folded back,
a neat red sheet on a well-
made bed? I ask nobody, want
nobody, and the sky pours out of her.
The delivery room, a dark slumber.
The light doesn’t match at all
the harsh automotive shape
of the lamp. It’s the same ochre
as a used book. It’s warm,
like a stone. She reclines
beneath the stone light,
reads a book nobody sees.
I hold her hand like a telephone.
She tells a joke she’s never heard.
It’s the kind nobody hears,
everybody hears. She asks
If it’s a boy or a girl. I say
You know, we’ve known for months.
I bring her hand to my mouth
to place the order for a cigar
instead of a kiss.

My son Harmonico caught me smoking in bed.
Ah-hah! He screams, pointing his tiny finger
and clutching the only stuffed animal he gives a damn about,
the one made by the nuns in the RSV quarantine ward,
I knew you smoked off-brands when I wasn’t looking!
The guilt I felt. And after all those lectures and rants
against cheap Japanese slag. After I slapped his hand
at the tobacco mart for perusing the Ligetts, after I had to pay
for coming unhinged and chopping up the generics display
with the Damascus Steel Han sword I’d bought him
for his birthday and ruining the surprise, and making him
give me a ride home after the “I know, I know” session
with the cops who had to arrest me in spite of being completely
sympathetic and glaring at the fat clerk who’d interrupted
their handball break (“motherfucker doesn’t even smoke”
I’d heard one of them mutter as they sadly snapped the cuffs on
as I too glared from the back of their car
at his spring roll complexion). After all that, this.
Caught in bed, a hypnocritical backslider.
This isn’t what it looks like, I try to reason, to assure him,
but he’s already turned and gone back to bed.

RONALD DONN lives in Monroe, Louisiana. He teaches English and Journalism at Neville High School in Monroe. He has enjoyed semiotics, theology, writing cookbooks, marriage, having children, and living with his wife, Veronica (see poem for further details). His side projects include making things that look like other things and writing songs / performing with a lounge punk band, The Vidrines. He served on the board of the Louisiana Folklife Festival committee (RIP) and as poetry editor for Turnrow, a University of Louisiana journal of the arts (also RIP).