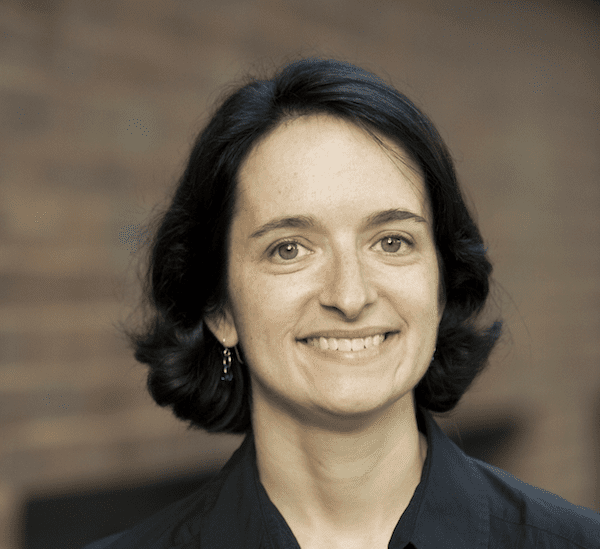 THE TRANSIT OF VENUS

During the transit of Venus, the goddess
becomes a beauty mark upon the face of the red sun.
Beauty, yes: here on the ground, I almost find
some contentment among the children who spy

with their solar glasses and hobbyists who gaze
through enormous filtered telescopes. Yes, contentment
at first, a seduction toward light created by anything
nonhuman, but then the mythological fuses with fact:

copper is Venus’s souvenir on earth, ductile, malleable,
in alignment with her unbridled desires.
In ancient times, it was said that copper flowed
from the veins of her hot planet, then through

the universe, and down into our land that is governed
not by people but by minerals, as was the Copperbelt
of what was Rhodesia and is now Zimbabwe,
now the third poorest nation in the world

but once a cornucopia full of ripples in every ridge
for thousands of miles, every bump and groove
glistening and burning with energy. Copper is the object
of a bottomless and ultimately godless hunger,

even if copper comes from cuprum, the frothy waters
off the coast of Cyprus from which Venus emerged,
fully formed in all of her radiance, and thus
for the copper that banked every shore. When

Frederick Russell Burnham first saw the plenty
that was in his midst in Africa, he could almost imagine,
as if in a fever dream, the four billion light sockets
that would one day illuminate the world with long waves

of incandescence, the Mediterranean warmth
of Cyprus in every private home, the connection
from one telephone to another in a filigree of overhead wires
canvassing the industrialized world. With this power,

for the first time, anyone in the West could heat
a cup of tea and read the newspaper while the people
of Ndola, Kitwe, and Chingola labored with chisels
for decades on their own land, invisible to the average

European, always expendable, always in high demand.
When I look up, I see the prophecy of Venus
sprawled across the stars: I will tell you, and you will wonder
at the way old crimes lead to monstrosities.

—–
Note: the final italicized sentence is from Book 10 of Ovid’s Metamorphoses.
—–

WHY I HAVE NOT WRITTEN ANY OF MY POEMS

Because the openness of it scandalized viewers
at the 1847 Salon of Paris; because Clesinger chose

to mold the plaster from a cast placed all around
the woman’s body; because her backside revealed

the dimples of Venus, and her thighs the light brush
of cellulite; because she wore the snake around her arm

like a bracelet, a kind of reward; because she was so
available to anyone’s view, so promiscuous, so…free;

because for Clesinger her creation wasn’t painful;
because the cast was a cheat, required no patience,

no suffering; because despite all of this talk
of counterfeit ease and excess luxury, the electricity

that rose from within seemed enough
to light a bulb, though dimly, and with a flicker.

JOANNE DIAZ is the author of My Favorite Tyrants (University of Wisconsin Press, 2014) and The Lessons (Silverfish Review Press, 2011), and with Ian Morris, she is the co-editor of The Little Magazine in Contemporary America. She teaches at Illinois Wesleyan University.