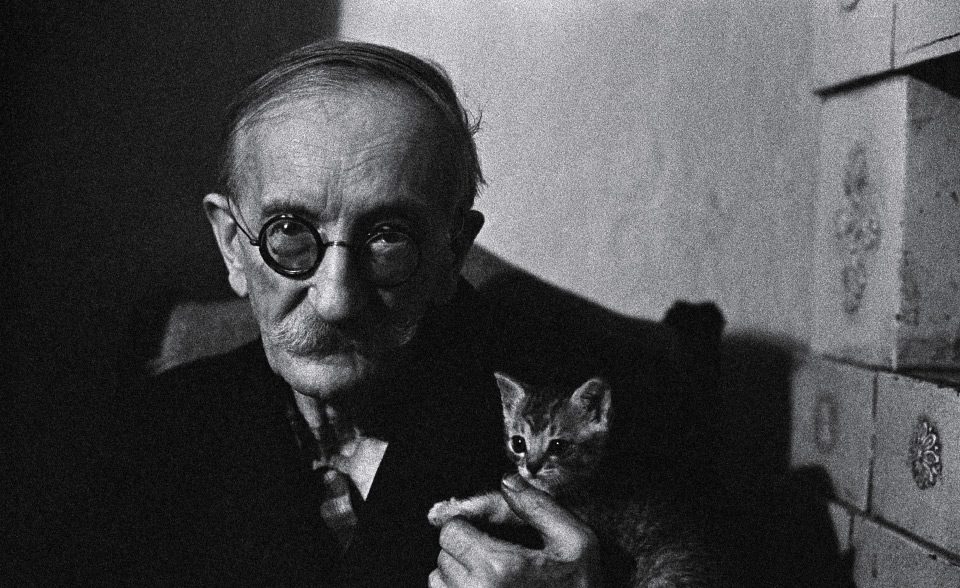 In my village, I’m the fool.
Sad dogs know me – sad white school
of sleepy dogs that drift away
into the distance. They don’t bay.
They keep me happy from afar –
cloudish dogs is what they are
that run about the sky’s massif.
And we’re all drunken on grief.
Where we wander we don’t know.
Ancient shepherd, as I go,
bless my soul with your great gifts
of moon and these long wakeful shifts,
heavy, gashed time and again
like a bleeding heart. Amen.

Weary autumn pastures. Down they sink,
and butterflies stiff with the cold now drink
dawn’s dew.

Lifting their wings. They can no longer fly –
a nacreous green on flowers sealed-up and dry,
they flame.

I, too, am tired. A mushroom on the wayside
crimped white like folds of fabric on a bride –
I pick

and peel it. Hand is scented rich and sere.
My heart is heavier than it was last year,
with love.

I peel it. Scent. And then I see white flocks
in my soul’s eye, and tending this livestock
is autumn.

So clean and good and early, autumn stands,
fixing on its head with icy strands
a veil.

BOHUSLAV REYNEK was born in 1892 and was a poet, translator and artist. Among others he translated the poetry of Georg Trakl and Paul Valéry into Czech. During the 1920s and ’30s he spent much time in France, where he met his wife the French poet Suzanne Renaud. In 1949, the Communists confiscated his farmstead and he could no longer publish his work officially. However towards the end of his life his underground reputation grew, and many Czech literati made the pilgrimage to his home in Petrkov. Most of the upheavals of twentieth-century Czech history go unremarked in his poetry, as he concentrates on farm-work, animals and the seasons, as limned by his Catholic belief.

Poem in The New Yorker
Five poems in Tower Poetry

The Well at Morning: Selected Poems, 1925-1971 by Bohuslav Reynek will be published by Karolinum Press in September 2017.

JUSTIN QUINN is an Irish poet, critic, and translator who has lived in Prague since 1992. He works at the University of West Bohemia and is the author of several studies of twentieth-century poetry, most recently Between Two Fires: Transnationalism and Cold War Poetry.