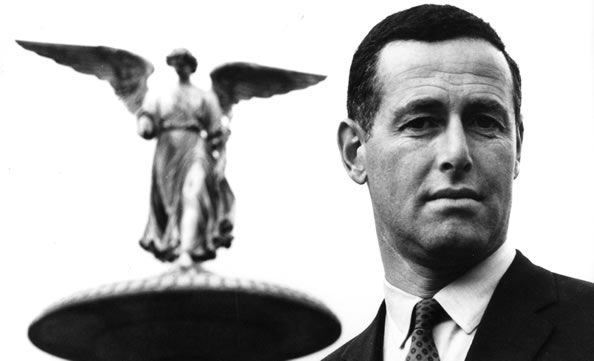 If one should take one lesson from the novels of James Salter, it should be his emphasis on savoir vivre. Salter’s novels, A Sport and a Pastime especially, foreground the importance of the simple pleasures in life – love, travel, food, art – by setting them against the ruthless passage of time and the unexpected twists of fate.

Salter certainly heeded his own advice. His death came a year ago, on June 19 2015, caused by a heart attack at the gym. It was swift and sudden. A very Salterian death, resembling the proverbial lightning that strikes down the characters in his novels: a car crash, a fall from the mountain, a plane shot down in the Korean sky. Salter never denied that he wrote from his own experience, maintaining that “life passes into pages if it passes into anything”. While sadly there will be no more pages to come from his fascinating life, the pages that are available to the reader offer a rich array of stories written in Salter’s signature style, where every sentence is a display of the writer’s ability to transfer to the page the chemistry of human relationships and emotions, and also demonstrates his gift for precise descriptions which capture the essence of people, atmosphere, and places.

Much of the charm of Salter’s novels and stories stems from the attractive lifestyle of his characters, most of whom – in a very Henry Jamesian manner – leave the stifling atmosphere of the United States and set off for a European adventure. The life lessons Salter’s characters receive on the Continent are absolutely crucial for their subsequent life, as they were for the novelist himself, who lived in Europe for short periods of time on a number of occasions. As with many Americans before him, living in Europe was for Salter a formative experience, despite the relatively short period of time he spent there – Salter says “the cities of Europe were [his] real manhood” – which allowed him to explore the freedom, culture, and history of the place, and live by the somewhat looser European standards:

A part of one’s never completed mosaic, in my case a crucial part, is found abroad. (…) Kant had four questions that he believed philosophy should answer: What can I know? What may I hope? What ought I to do? What is a man? All of these Europe helped to clarify. (…) The thing it finally gave me was education, not the lessons of school but something more elevated, a view of existence: how to have leisure, love, food, and conversation, how to look at nakedness, architecture, streets, all new and thinking to be thought of in a different way. In Europe the shadow of history suddenly falls upon you, and knowing none of it, you realize suddenly how small you are.

Salter clearly places the utmost importance on his formative European experience. In his novels, the characters ask the same questions in Europe and receive a similar kind of education.

As Samuel Hynes suggests, “Salter’s novels are about the male need to conquer”, and it is this conquest, invariably associated with Europe, which facilitates their European education. A Sport and a Pastime, Salter’s masterpiece recounting a passionate love affair of a young American playboy named Dean and a local beauty, Anne-Marie, in the French provinces, is the best example of this. Sexual conquest is the most frequent type of conquest for Salter’s characters, and it serves not only as a boost of the male ego, but also as a means of exploring and conquering the visited country, as the exploration of the female body equals the exploration of the new territory. The conquest of one facilitates the conquest of the other.

The close connection between sex and the landscape is most prominent in A Sport and a Pastime. According to Salter, the novel presents the idea “of a life that combines sex and architecture. (…) It’s more or less a guide to what life might be, an ideal”. Through the merging of sex and architecture Salter identifies the basic elements of existence Dean is searching for: the sensual pleasure to be had from both the exploration of the body, and of the landscape and architecture – the body represents the immediate present, while architecture entails also the past, the glorious achievements of previous generations. Where previously Dean has only been a mere traveler and observer, with Anne-Marie he becomes an explorer of an unconquered territory. It is only when Anne-Marie is conquered in every possible way that France yields to Dean. His conquest of Anne-Marie marks the completion of his education. Dean’s conquest of Anne-Marie gains mythical proportions as his explorations of her body mirror their explorations of the ancient towns and monumental cathedrals, the remnants of the great civilization. The book is laced with pieces of history of the towns the lovers visit, and the achievements of French kings, the glory of whose lives Dean is seeking, even surpassing in the eyes of the narrator:

[Nancy, the] capital of Lorraine. A model of eighteenth-century planning. Its harmonious squares, its elegant houses are so typically French an appropriate to so rich a region, but its glory it owes to a Pole, Stanislas Leszczynski, who was given the duchies of Lorraine and Bar by his son-in-law, Louis XV, and who ruled from Nancy which he devoted himself to embellishing. An ancient city. The old quarter has never been altered. A city of rich merchants, strategic key to the lands along the border. In front of its very walls… But how flat this all seems, how hopeless, like a cheap backdrop shaking as the actors walk.

Even the “ancient city” is diminished in the face of the two lovers. Nancy is the birthplace of Anne-Marie, who is for Dean a “strategic key” to all of France. Like Stanislas Leszczynski, Dean is a foreign ruler who endeavours to “embellish” his newly acquired lands – Anne-Marie is the territory which Dean commands and embellishes with his expert touch. When she is conquered, France embraces him also: “The real France, he is thinking. The real France. He is lost in it, in the smell of the very sheets.” France and the female body become synonymous. Travel and sex merge. As William Dowie observes, “nowhere has it been made clearer that travel is a sensuous experience – all sights, smells, tastes, sounds, and touches.” Dowie also emphasizes the importance of a personal and emotional connection when one travels: “Architecture, mountains, great rivers, and villages must have a scale, one that is emotional as well as historical and numerical.” Dean has just such a scale.

The concept of a life combining sex and architecture works so well because each element provides the scale for the other: the glory of lovemaking is measured against the glory of history, the first is immediate but fleeting, the second is durable and provides perspective. Wherever Dean and Anne-Marie make love, the place yields to Dean as complaisantly as Anne-Marie: “The city is his. No one in it is more powerful.” As they travel deeper and deeper into the countryside, their love-making becomes more and more adventurous too. When Dean penetrates Anne-Marie anally, their romance finds true fulfillment: “A feast of love is beginning. Everything that has gone before is only a sort of introduction. Now they are lovers. The first, wild courses are ended. They have founded their domain. A satanic happiness follows.” At this moment Dean figuratively becomes the king of France. All traces of ordinary life are gone, as the lovers succumb to their desire. Their lives revolve around it, they have the glory of the invincible. Their France is that of desire, love, satisfaction of all the senses, and glorious history which lends its glory to them. In all of Salter’s novels this moment of conquest is the fulfillment of the European journey whereupon the release from American society, the education in the European savoir vivre, and the conquest of the new frontier have been completed – the completion of the conquest is a symbolic graduation from the lessons in an ideal life. Having graduated, the characters leave to apply their knowledge back home, striving to build a life modeled on those ideals.

This magic, created by portraying the ideal life, full of pleasure, fine food, tailored clothes, beautiful architecture, and sex, presented in a prose that instantly elicits the desired images and emotions in the reader, is Salter’s legacy. He did not leave behind great sweeping narratives; he was the master of the ordinary life, its details, and the little things that turn the ordinary into the extraordinary, and his narratives are centered around those details, the luminous moments that stand out. His fiction was often criticized for being elitist and presenting characters whose lives were too glamorous. Indeed, the exciting journeys abroad and the wild nights out are reminiscent of the glamour of the Jazz Age, but none of the characters drown in money, nor are they spared sweeps of ill fortune, as Salter does not shy away from portraying the somber parts of life, like death, illness and the subtle cruelties people inflict on each other. In her obituary of Salter Louisa Thomas expresses her view that this elitism is “irresponsible and easily dangerous”. She goes on, stating: “His books have no negotiation of principles, no critique, no awareness of history or politics. They can be selfish, deeply selfish. In place of grace, there is no sense of justice. There is only desire.” While Thomas is partly accurate in pointing out the vacuum in which Salter’s novels exist, it would be unjust to dismiss them for a lack of principles and judgement. Salter is a novelist, not a moralist or a social critic. His novels capture moments in life without inflicting judgement; that is the job of the reader.

In her tribute, Jane Vandenburgh beautifully sums up the appeal of Salter’s work: “I think of a Salter story as being whispered in intimacy between the lips of one lover lying on the pillow only inches from the ear of another.” His stories and novels are gentle, intimate, and subtle – a contrast to our time where everything is loud, fast, and direct. With their strange timelessness and their spellbinding world of European adventures they provide a respite from the incessant noise and rush of our time, as they lovingly linger over the ordinary moments in life which Salter’s prose, resembling the painter’s brush, captures with vivid accuracy. Although they are only a whisper among many louder voices, their intimacy and subtlety only highlights their impact.