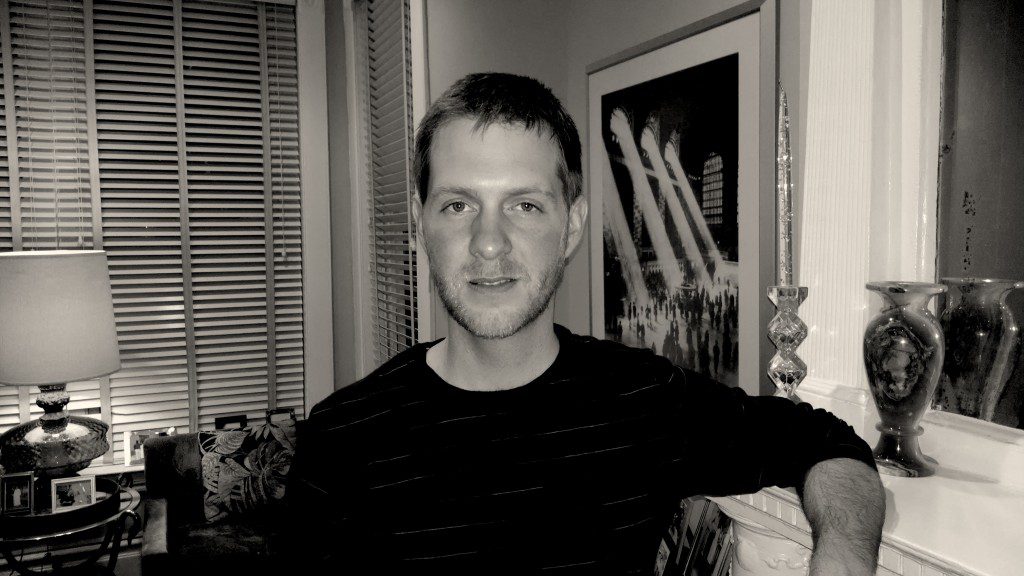 The passengers screaming and clawing at the windows and crying and praying to God and swearing and rocking back and forth around Benjamin Fletcher as he unzips his backpack and stares out the window of the plummeting 757, do not, of all the things they are wailing, shout “Someone’s crashing the plane!” Mostly, as he removes his ukulele, they scream “We’re all gonna die! Oh, God! I don’t want to die! The plane is crashing, oh, Jesus, oh, Jesus!” Tuning the strings with popping ears, he overhears no one wailing blame at the pilot, shrieking accusations at the distant and out-of-earshot maintenance crew of the aircraft.

Benjamin Fletcher agrees; he doesn’t blame anyone for the crashing of this plane. Benjamin blames everyone. Himself included.

Generally, Benjamin Fletcher’s conscious rationalization as he adjusts his ukulele: planes do not crash themselves anymore than ukuleles play themselves. Specifically, his subconscious rationalization: a plane untouched cannot leave the ground, and a grounded plane cannot be crashed; the prerequisite for a crashed plane is flight; the prerequisite for flight is the want to fly; the want comes from the belief, from the idea, and so the catalyst is the idea. In both Benjamin’s general and specific rationalizations, it is the idea that does the crashing. Mesolithic man crashed no planes.

No one else on this 757—in fact, few people anywhere—perceive plane crashes in this way. Their understanding of plane crashes: A) God Administered, or B) as the product of some unavoidable statistical rotation that places objects, upon a full traveling of the circuit, into the realm of bad cess explosions, video recorded news repetitions and smoking webpage headlines. Either way, these rationalizations imply the inevitability of the crashing—it was willed with a scope of intent beyond understanding, or given enough time planes are bound to streak into oceans, pyramids, taco stands, the world’s largest unused parking lot, a skyscraper. The divine aside, for the average grief-struck victim or talking-head a measure of intention need be sifted from the wreckage before someone states that ‘a plane was crashed’ as opposed to ‘a plane crashed’. Some bit of planning as to the crashing must be found in the form of a note or a data recorder message or a survivor account of someone saying “I am going to crash this plane” or “he screamed he was going to crash the plane.”

And then there are ukuleles. People are just as responsible for crashing planes as they are for playing ukuleles. Listening to the tuning of his strings through the screaming of voices, Benjamin consciously supposes if people owned more planes—if everyone owned a private plane—there would be more crashes, and then, in times like these, there would be less surprise about their crashing. Like car crashes.

The same, Benjamin feels, goes for playing ukuleles; if more people played them, the less eccentric and novel the instrument would seem. It could be taken ‘seriously’, like the guitar. To most, there is something unexpected and surreal about the ukulele, as if it were a shrunken travel guitar attempting a tinker box impression, a magic oddity that long ago lost the magic, left only with the oddness. A woman playing a guitar on the street, even if she plays to perfection, is not wholly uncommon—enough people own guitars that guitar playing, even quality playing, in public is somewhat expected. Ukuleles are not common, not expected, and therefore not regarded seriously. Ukuleles do not command respect—they are not ‘real’ instruments. What they do command, like most uncommon sights and sounds: attention.

Over bursting engines, screams and crying, Benjamin Fletcher leans his head against the cold window and begins to play the ukulele. In the initial half minute needed by the pilot, the co-pilot, the maintenance crew on the ground in Richmond, the passengers, the president of the airline, the founder of the airline, Dr. Hans Van Ohain, the Wright brothers, the Montgolfier brothers, Henry Cavendish, Leonardo da Vinnci, and an unnamed cave man tracking a sparrow’s flight to commence with the crashing of this particular 757, Benjamin plucks the strings with increasing pressure. It takes a moment or two, but he eventually hears the music without straining his ears.

The wings smoke, cough sparks. People scream louder and louder, hug strangers, vomit in the isle. Without leaning in, Benjamin faintly hears the song vibrating under his fingers for the past few moments: “Somewhere over the Rainbow”.

Screams drop off. Eyes sweep the cabin. Seventy-five people collectively focus their hearing. The screaming half of the passengers notice the staring, upright half. The ripping of the air around the windows set into the tubed metal fails in their ears. Attention dilates to particles, constricts to a dot of forgetting as it focuses on plucked notes.  Notes that lead back to a thin man in a collared plaid shirt.

The man playing Judy Garland on the ukulele.

A young lady crawls from the isle back to her seat. A middle-aged couple raises their heads from between their knees, sitting up straight. An old man un-grips his rosary. The co-pilot walks out of the cockpit.

From the music, an audible pause of sound overtaking the cabin.

Faces relax and complexions flush to light a glow that beams through the smoking, tilted cabin, a bit of color dawning into easing faces. Through the core of the panic, a hush. It is the quiet—in all quiet an unanimous unconscious agreement—of a well-fed and constantly rocked maternity ward floating over tears and broken eye-glasses and hugged bodies. In groaning metal and smoke, the sound of Benjamin’s humming joins in with the strings…

“WHAT THE FUCK,” a voice explodes from four rows back, “ARE YOU DOING!? WE’RE ALL GONNA DIE! STOP IT! STOP IT!”  A cabin-full of eyes flutter, hands re-tensing in reaction to the scream. A swirling of terror. In moments shouts and screams and wails. The isle returns to writhing.

But there are fewer panicked. Some, young and old, do not stir, do not become hysterical. Of the ones who do panic, almost half, commence screaming at Benjamin, who continues playing, still humming, staring out the window.

The first blow strikes Benjamin in the neck, the next in the back of the head. His face scratched, head swimming, the song continues uninterrupted.

The horizon rises higher and higher. The plummet expanding to an enveloping roar, the blows quit and those standing collapse. A few of those knocked to their stomachs fail to notice, continue screaming at the music.

Blood rises and slips down Benjamin Fletcher’s cheek. He remembers a one-eyed dog named Gamy who stayed with him when he ran away from home. He remembers scrambled eggs on Christmas. He sings the verse he’s reached.

The seat of the earth compacts the nose of the plane. A funnel of sparks and wind sweeps hair and tears and shouts back with a column of flame—a furnace blast of steel and Indiana dirt fracturing into a single blast. Passengers flashed to cinder bits, the ukulele vanishes, the music warping into the explosion as a tower of fire shoots skyward.

A roar of flames. Tangled notes pushed and moved by screams, pushed and re-pushed by shatters and subsequent smaller explosions, all of which blurs and vibrates rural air.

Reaching a distant ear the explosion is a faint sound, a singular faraway high-pitched squalling.

Except not a silence. A quiet.

The kind of quiet a hand makes in gripping and releasing air.

BENNETT ELLIOTT is originally from Clarksville, Tennessee, where he grew up on a cattle and tobacco farm. He has received degrees from both George Mason University and the University of Edinburgh. At present, he lives in Washington, D.C., working for a small film production company and tending bar.