Refresh Your Imagination: Evan Rail’s The Brewery in the Bohemian Forest | Friday Pick 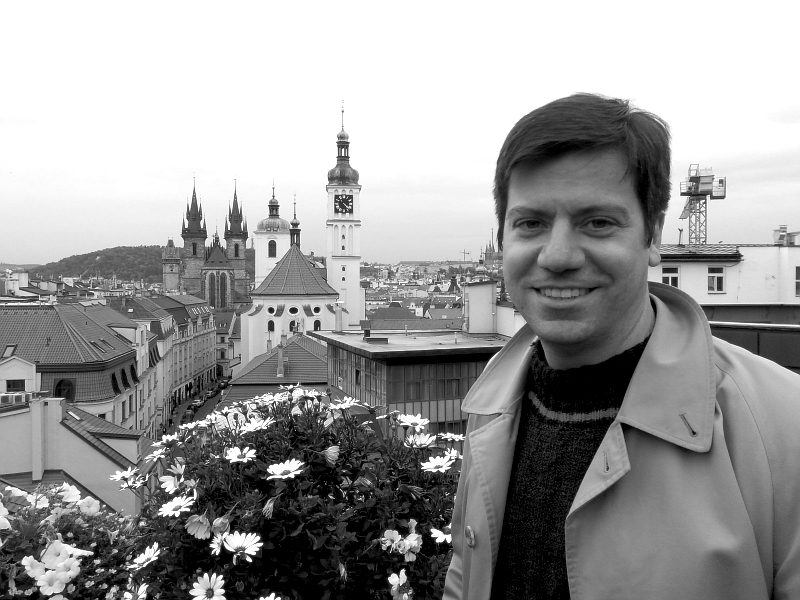 Beer Trails: The Brewery in the Bohemian Forest
by Evan Rail
Amazon, 2015
60 pages

Appearing on a Prague-based episode of No Reservations, an apparently famous television show I’ve never seen, Evan Rail was busy guiding chef Anthony Bourdain through a ramshackle Czech brewery when he disappeared into a hole in the floor. Having established he hadn’t broken a leg, Rail was gratified to find the glass of beer he had been holding remained in his hand, only slightly depleted. Ever the on-duty connoisseur, he was no less pleased to note that its ‘peppery hops seemed sharper, the sugary malt more richly expansive than before’ when he took a restorative sip.

Some things – borders, nation states – come and go, but others – beer – remain constant in the larger scheme of things. The brewery in question was Kout na Šumave, whose historical incarnation dates back to the thirty-year war, but whose modern revival began in 2006. Located near the border with Bavaria, the brewery also adjoins the primeval Hercynian forest, home to magical green birds whose wings ‘shine like fire at night’, according to Pliny the Elder. Travelling to Bamberg on honeymoon, Rail recounts how he stopped over at Chodové to sample the beer. With ‘fragrant honey’ notes, ‘now peppery hops, now bitter orange peel and sweet ripe plums’, it was ‘without a doubt the best beer I’d ever tasted.’

The author of the Good Beer Guide to Prague and the Czech Republic, Rail is not a man given to exaggeration. Word of his discovery was difficult to spread, given the beer’s minimal distribution in Prague. In The Brewery in the Bohemian Forest, Rail recounts many such travels, including his reverential pilgrimages to U Slovanské Lípy, a ‘dirty old pub in Žižkov’ to feed his habit. On one of these, he encounters the Kout delivery driver, who promptly invites him to come and visit the brewery. The wonderfully Byzantine description that follows reminded me of Auden’s love-letters to Yorkshire lead mines, with the difference that Auden’s industrial landscapes are understood to be at death’s door (‘An industry already comatose /Yet sparsely living’), while Rail’s is in the process of waking up from a long slumber.

At the centre of the tale is a mystery. The excellence of Kout beer has an arcane and semi-mythological source: an ancient brewing log exhumed from the wall by an old steam furnace, and painfully decoded from its ancient Švabach script. Can he see the book?, Rail asks his host, Mr Skala. Sadly not: it’s under lock and key in a bank-vault. The inquiry is repeated more than once in the course of the text. The last time, a carefully phrased but firm email elicits a promise the book will be there, only for Mr Skala to have apparently forgotten all about it by the time Rail has made his way, through bone-chilling wintry conditions, to the brewery. Once again: impossible to see it, it’s not here, it’s in the vault. Does it exist? Has it ever been seen? Perhaps we will never know.

Writing a poem about brewing recently, I had what I thought was a Proustian epiphany on the theme of memory. A basic difference between mass-produced beer and real ale is that the former is pasteurised, killing its yeast, whereas real ale continues to ferment in the keg: one is dead, the other alive. This reminded me of the distinction Beckett draws in his little monograph on Proust between voluntary and involuntary memory. The former summons the past as a dead thing to be mechanically manipulated, but the latter treats it as a mobile and independent entity, capable of surging unexpectedly back to life.

There is a real existential ache, not just a twitching of Rail’s nerd-bone, when he writes “Later, over the coming months, I thought often about that first beer from Kout.” With beautiful grace and economy, Rail’s text makes its historical connections and brings its Bohemian past gloriously back to life. I thought of the beery novels of Bohumil Hrabal and the poetry of Justin Quinn, with its own historical tramps through the Bohemian countryside. And though I read the text with great pleasure, I did so with a certain thirsty melancholy too. Thumbing through my underused Teach Yourself Czech recently, I found a dialogue based on the vocabulary of going to the pub, of knowing the difference between one’s velkopopovickýand one’s vratislavský. As readers of his Tsunami will know, Rail has written an amusing poem about learning Czech (‘this word has no discernible vowel’), though his Good Beer Guide might also come in handy there. How much would my appreciation of The Brewery in the Bohemian Forest be enhanced, I wondered, by drinking a pint of Kout in U Slovanské Lípy, that ‘dirty old pub in Žižkov’. Answer: a lot. Failing any opportunities for Kout-drinking in the UK, let me paraphrase the advertising slogan for a beer Evan Rail would never drink: with its intoxicating slow ferment of beer and history, The Brewery in the Bohemian Forest refreshes parts of the imagination that other writing just can’t reach.

DAVID WHEATLEY lives in rural Aberdeenshire and is the author of various collections of poetry with Gallery Press. His Contemporary British Poetry is published by Palgrave.