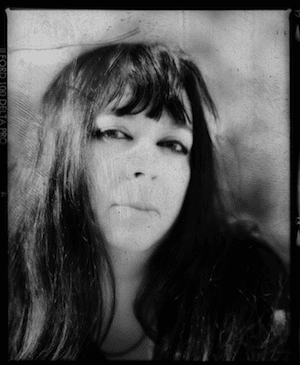 IT SEEMS AT TIMES THAT SILENCE

has a roundness like an apple
and that even an apple is made
of planes, minute horizontals
and verticals, ruby and russet
and freckled and spackled
and black. And that silence
is really not bereft of sound,
it’s only that a heavy stratum
of noise has been lifted up
to expose the resonances
below, eccentric cries of birds
which might be called lonely,
and the workaday discourse
of insects, and the whistling
of something rising up
or falling from the air.
If this layer could be lifted
like a cool flat rock at the base
of a fir tree baring the writhers
beneath, and the layer of minuscule
sound below, and the layer below
that, the final silence might be
found, the last one, turning
round on its stem like an apple.

My mother had been sitting at his bedside for years.
Her exhaustion, epic. ‘Go home,’ her friend ordered.

‘I’ll sit with him. Sleep.’ This was Jan, who lived
and died in her parents’ fieldstone house, and liked

to sleep with the windows open, even in winter,
to let the snow heap on her bed. He died while

my mother was absent. They do that, the dying,
waiting for someone to arrive or depart. Jan was

enough of a friend to sit there until the heart monitor
went flat, to shut down his eyes. She too died young,

a decade later, in a hospital bed in her parents’ house,
her head bald from chemo. I picture her down

on her knees in late spring, mudding-in the flowers.
That’s what she called it, mudding them in.

My father, after all the yelling when he was a boy,
the threats, the bottles of whiskey, the guns,

and the racket of war when he was on that ship
The Nashville, finally got to open up his arms

to silence. Now when I embrace it, silence,
especially at night, in the dark, I see my father’s

name, as if silence were a canvas he painted,
and his signature there in the corner.

DIANE SEUSS‘s most recent book, Four-Legged Girl, is forthcoming in October 2015 from Graywolf Press. Her previous collection, Wolf Lake, White Gown Blown Open, won the Juniper Prize for Poetry and was published by the University of Massachusetts Press in 2010. Her first book, It Blows You Hollow, was published by New Issues Poetry and Prose. Her work has received a Pushcart Prize and has been included in The Best American Poetry 2014. Seuss is Writer in Residence at Kalamazoo College.