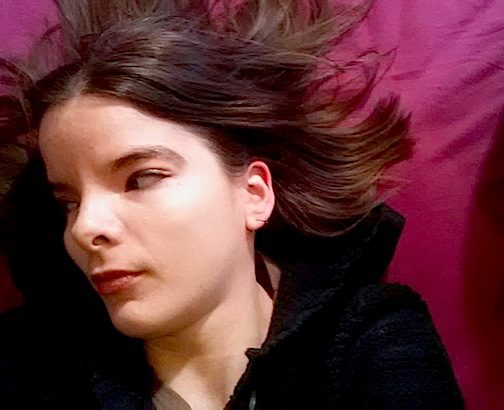 Plankton means drifting feebly in Greek.
In practice, it means washy green and brown diatoms, like the flecks of food that spray out with my spit when I laugh with my mouth full, and the sea is a salted broth of them, of planktons.

The seafloor is an oozing muck of broke-down protozoa skeletons, like a silt of dead skin scratched from a scalp onto unwashed bedsheets. The mud deepens a few centimeters every thousand years, so by now, there’s hundreds of meters of skeletal sludge down there. But hey, good looks aren’t everything.

At each laying, a cod squirts a million and a half fish-eggs into the sea. In a mussel bed, each female shoots twenty-five million.
In a single mouthful of seawater, you’ll swallow at least a thousand living things, and as they travel your esophagus, many will tremble and die. Just think of it.

The sea’s a spermy mess; it’s almost gelatinous. Or, okay, maybe it isn’t, really. But holymoly, think how many jellyfish are drifting along with the plankton, their tentacles drooping beneath them like cooked ramen. In summer, I dangle my feet from the dock and drop my beer bottle accidentally to slap a mosquito. The sea whips it away and beats the glass to bits.

Jellyfish get busy in the summer, just like us. When the screwfest is done, they strand themselves, fat and lazy, on the sand, which is only glass and shell and scat chewed up fine.

But the jellyfish, let’s not forget, they’re sea-snot plopped onto the beach. They dry out in the sun and die, asking, if this old body is unlovable, should I love it anyway?

The sea’s an ooze, but land’s not much better.
More than five million kinds of fungus are speckling and creeping through the woods right at this moment. And owls are routinely hurling up undigested pellets of their meals onto the forest floor, and sometimes the crows and hawks do this, too.
Also, the forest’s smeared with the stink of deer. Deer have glands like tiny armpits that always stink but never sweat, between their hooves, and on their lower hind legs, and they paint the ground and the grasses with stink as they make their shy way through the owl pellets and mushrooms and rotting leaves.

And the sky’s suspect, too: in the soupy nightbreath, billions of winged things are eating and buzzing and schtupping like crazy up above. If you picked one spot and waited for a month there, about six billion bugs would pass over your head, six billion or more.

If this old body’s unlovely and slimy and swarming, what should we do? Love it anyway?