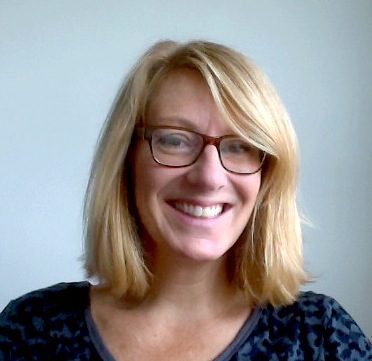 Maggie posts a picture of a dog in the Yunnan Province:
a big blond shaggy mutt rolled over on its back, smiling
(he is) as Maggie rubs his belly. “This poor guy sleeps
outside and it is definitely too cold. When I tried to walk
away from him, he jumped up on me with both paws,”
she writes. A silver chain with links the size of pinkies
tethers his collar to a black block wall—everything but
the dog, Maggie, and the chain is blurred out in black haze.
It must have been night when whoever it was took the picture.
Study the face: a finer snout, baleful eyes more demure
than the one curled up next to us, dreaming in her fleecy
Posturepedic dog bed, the one who snubbed both her dinners.

“Can we adopt this Chinese dog?” I ask. Collin looks over,
reads. “It already belongs to someone.” “But they make it
sleep outside, and it’s too cold.” “Why do you do this
every night? Last night it was parrots in Kansas. What’s
wrong with this dog right here?” he gestures to the lump.
“She’s not cold.” “We don’t need more pets, especially
a dog from China. That’s, like, $10,000 in adoption fees.”
“Nooooo, more like $500. But look at him.” To his credit,
Collin does, then surmises, “The world’s full of pain.” A thought

flashes through my mind: American dogs that live in houses
suck, but my mind retracts when I remember all the videos
of shelter dog I’d watch late at night when I lived alone.
I’d watch and cry and drink and cry and watch…

A raven swoops down upon the morning’s first
idea before she writes it down, as if it were
delectable garbage—a burrito nub or donut.
The idea’s still wet, its shape yet

to emerge, but odds are it’s lame (and face it:
getting ever lamer these evening days)
but she cups the meeping pinkie in her hands and
it vanishes. Fuck. So…onto the next.

Where’s it at? she asks the raven who has turned
into a turd in the grass and now wants
nothing from her. Jerk. Happy hoots float up
from the fairgrounds. Damn 4-H kids

with their giddy minds and rabbit pens. How
their laughter builds and fades and builds
behind the town’s new invisible fence.

The day begins in limitless possibility.
Everything that ever could, will, and won’t
rushing like water between your open arms,
pushing them down with roaring cold, clear
light ‘til they go numb and more keeps coming.
What would you do with it all? Nothing,
right? It does you. You bright human
coin on your way to the bank.