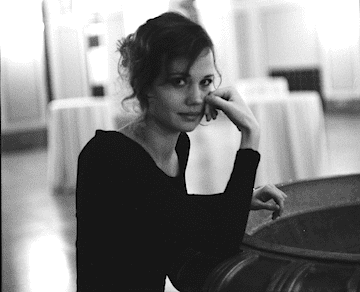 I dream about the good sex,
the kind that makes you come
just from the memory. A fuck so hard
you wake in the morning
with your pelvis bruised and tight.
C’est pas possible, he said,
but it was. Three days later I could still
feel him in my belly like a fist.

Croatia: not as beautiful as your cock.
Above the strip in Split,
allusions to Catullus
justify this explicit want –

with the stitches out of your lip,
if it were you beside me drinking mojitos,
we could finally, actually kiss.

Je peux plus me regler

Morning in the villa, the sun
zebra stripes through the shutters.
Honey curtain breezes
the way your fingers touched me after.
The one I should be thinking of
is in the next room working.
I touch myself and think of you.

The sea here is so clear
it strips the rocks
naked underneath me.

I keep trying to purify myself
but the wrong things get washed away.
I’m left with your name, three nights
and the heat. Oh, the heat.

The pebbles under my shoulder
bite with your teeth.

he said, but I wish I hadn’t.
I’m not letting you go, he said.
But he did. Out
from the wreckage of the hotel room
into the summer night heat.

The tram came too quickly
rattling impatiently up
indifferent as to whether
we had time to say goodbye.

ANNIE BRECHIN has been published in the Wolf, Stand, Magma, Rising, the Liberal, Paris Lit Up and others. In 2003 she was awarded a Jerwood/Arvon Young Poets Apprenticeship. During a stint in Prague she was Poetry Editor for the Prague Revue and ran the monthly open mic Alchemy. She moved from Paris to Dubai this year.