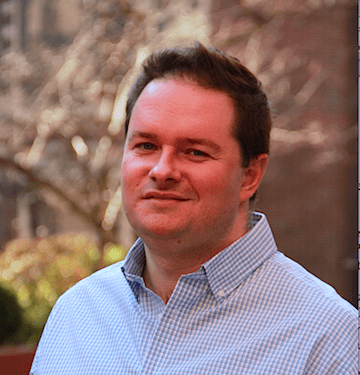 THE SOLITUDE OF SEEING

How solitary it is
on this uniquely

unpolluted morning
to watch and to listen

not quietly but silently…

Their English sounds
strangely in my ears,

as my lark-pitched
Mandarin must in theirs,

how the men incline
their chins to look taller,

how the women straighten
their gazes in reflected

elevator chrome: all
falling somewhere between

to appear, though such
explanation lives outside

the experience of seeing…

The traffic speeding towards
us across multiple lanes,

a girl smiling out of millions,
until I open the front door

and your beckoning eyes
allow me at last

to see no more.

Straight are the lines
along Guang Hua Lu,

cross-hatched rubik’s gleam
to the right, the impregnable

fortress of Guo Mao rising
from its third if not final phase.

Over the fence, diggers
unbury the strata of Chinese

history in piece after piece,
slicing through foundations

deep as ancestry. Luxury cars
pass and there is no memento

now of the lone noodle shop
that stood in the middle

of this block for months,
its exterior walls crumbling

as the diggers and shakers
moved in…

People speak into apps
which speak back

for we are people
of need of speech.

canvass their futures
in visions pixelated

out of recognition:
awakening to another world

where not one of us – not one –
stands and lives to tell.

EDWARD RAGG is a poet and wine professional living in Beijing, China. He won the 2012 Cinnamon Press Poetry Award and his first collection of poetry is A Force That Takes (Cinnamon Press, 2013). HIS poems have appeared in Acumen, Agenda, Cha: An Asian Literary Journal, Cordite Poetry Review, Envoi, Orbis, PN Review, Seam and other journals. Selections from his work are anthologized in the 2014 Forward Book of Poetry (Faber & Faber, 2013), Lung Jazz: Young British Poets for Oxfam (Eyewear Publishing/Cinnamon Press, 2012), Jericho & Other Stories & Poems (Cinnamon Press, 2012), Visiting Wallace: Poems Inspired by the Life and Work of Wallace Stevens (Iowa University Press, 2009) and New Poetries IV (Carcanet Press, 2007). He is an Associate Professor at Tsinghua University and co-founder, with Fongyee Walker, of Dragon Phoenix Wine Consulting.