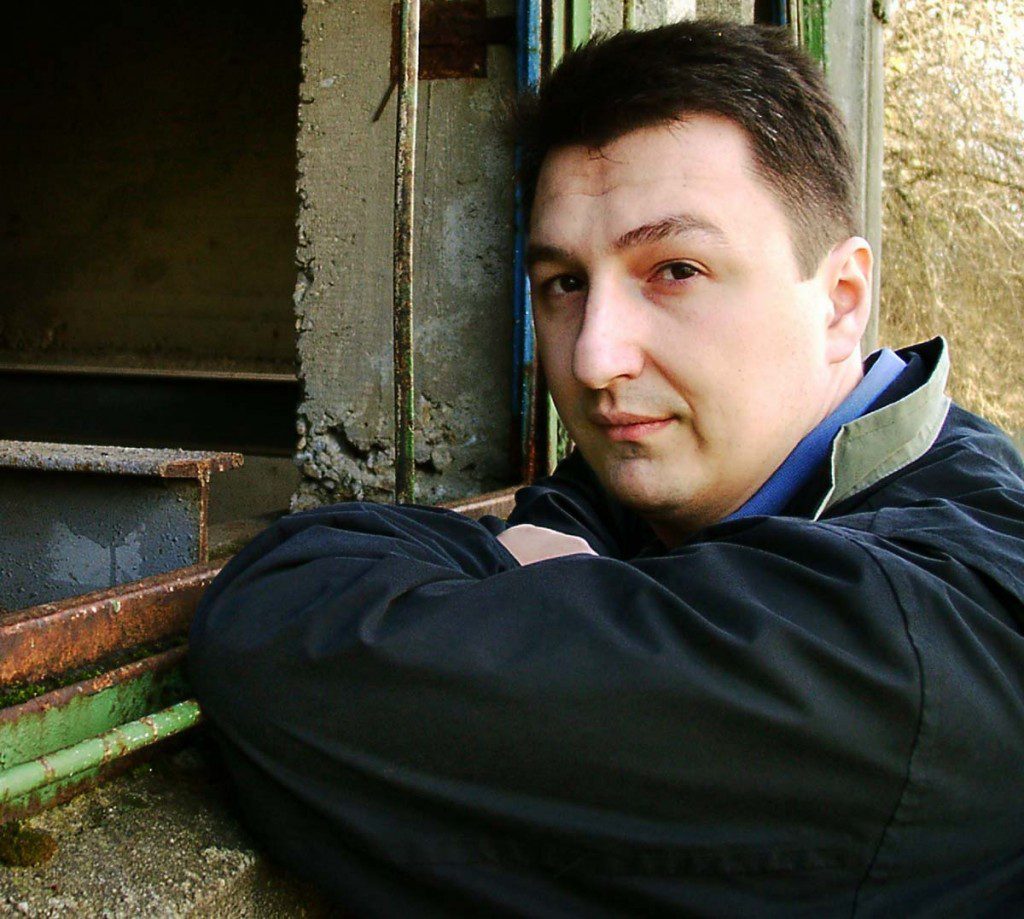 After she heard this story, told with such accuracy as to dates and places, she rose from bed and I looked at her naked waist, her smooth shoulders, arched exactly as they should be, her small, flawless breasts, and it seemed to me as if she were clothed in the story I had just told her. She asked: “And what if Tycho Brahe did meet Mihai the Brave?” “Well,” I said, “in fact it is a case of how far back into the past I can see.” I showed her my right palm: “I can see into the past, not the future.”

Then, a few moments later, during which time she stood naked in the middle of the room, she asked: “I mean, did the two of them really meet?”

“I don’t know,” I answered, “but before I find out I need to solve a problem.” I covered my eyes with my hands and said: “In Tycho Brahe’s model of the universe, is Sirius a fixed star?”

“That’s stupid,” she said, and it was then that I understood that she would not be with me for the rest of my life, that for an instant it had depended on the relative position of a star, whose calculation had been broken off in the autumn of 1601.

That evening I left, heading to my new room, where I had moved in September, in an obscure courtyard, more a ruin than reality, a courtyard that faced north and led onto Victory Avenue. My landlord was a retired army officer, who lived alone in a three-room flat. I walked with my head bowed, as if I were advancing through the mist towards certain defeat. For a time, as I crossed Amzei Square, I forgot my own name and what century I was living in. Then I remembered my degree examination in the summer of 2002.

As soon as I entered my room, I saw him by the window, wearing his black cloak with gold trimming, purchased from Leipzig. He turned towards me and in old German, with a Nordic accent, he said to me once more the words I had heard every evening: “There is a good view of the sky from your window.”

My window looked north. In the distance were visible the housing blocks of Victory Square, beyond the two old poplars in the park in front of the Academy. I saw his profile, the missing nose, the prominent, outthrust chin, the serious mien, the fixed gaze of eyes that needed glasses.

“Sometimes there is too much light for you to look at the sky,” I said, pointing to this city.

“You have to know how to look,” he answered, “and the truth is that the time has come for you to learn the theory of the cones, as well as Eustarchius’ marvellous account of the lunules, which you might apply to the problem I suggested you work on.”

“It isn’t a planar problem,” I replied. “A theory of cones is irrelevant here.” He made a sign with his hand; he was annoyed and took up once more his notion of the previous evening: “This calculation, equivalent to the question of whether Sirius is a fixed star or not, is a very difficult problem; it is one of the conjectures for which I would give anything to know the answer.”

Without revealing to him how much I yearned to know the answer to that biographical question, I asked him: “But all the same, please tell me: do you remember that oriental prince you met in your last spring in Prague?”

He turned his back and took from his voluminous cloak a rolled-up book. He prepared to unroll it. “I remember nothing of that spring, nothing apart from a calculation about ellipses made by Johannes Kepler.” He ran his hand through his hair, he traced in the air a closed curve, and then he made a point, at the centre, between the foci: “The only place through which God passes, the only reality.”

BOGDAN SUCEAVĂ is a Romanian writer who works as a professor of mathematics at California State University, Fullerton. He is a graduate of University of Bucharest and Michigan State University. Author of five novels and two collections of short stories, two of his novels are available in English translation: Coming from an Off-Key Time, Northwestern University Press, 2011; Miruna, a Tale, Twisted Spoon Press, 2014, both in Alistair Ian Blyth’s translation.

ALISTAIR IAN BLYTH was born in Sunderland, England, in 1970. He is a graduate of the universities of Cambridge and Durham. He has lived in Romania since 1999. He translates fiction, poetry, drama, and philosophy by writers from Romania and the Republic of Moldova.

PrevPreviousTHE POEM: Jacek Gutorow on John Ashbery’s “The One Thing That Can Save America”
NextAileen BassisNext