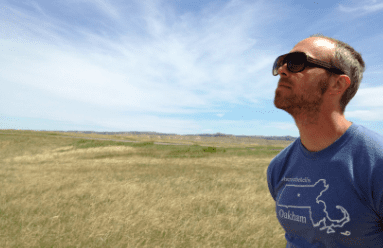 These stories originally appeared in the February, 2013 issue of B O D Y.

THE ARC OF THE BLACK HOLE

When Doctor Sally Barten discovers a black hole traversing the Milky Way, Abe Barten begins to see less and less of his Sally. She’s home only briefly to tell her husband as much exciting news as she can fit into the hour that’s about all the time they get to spend together.

Then there is no hour.

The fact is it’s the first black hole visible by man and will be visible for only one year as it speeds through the furthest edges of Hubble’s observable arc. “It’s what we’ve been waiting for all this time,” she tells him. “A hole the size of Detroit rocketing through space, 300,000 miles per hour, gobbling up the outer layer of its doomed companion star, locked in a fatal gravitational embrace. The star whipping around the black hole about three times a week. Can you imagine how fast that is? Energy streams shooting off into space for hundreds of thousands of miles. Oh, Abe, I wish there was some way we could travel alongside it together and see. See it, not just the math of it changing the light of other stars.”

As much as he doesn’t like his time without Sally, Abe has to admit, it does sound pretty awesome the way she describes it, and probably well worth her time. He is one year retired from the nursery and thinks he’ll get into orchids. The one genus he never mastered. He decides he will plant one orchid per day for the year Sally is busy with the black hole, and when she’s done, the greenhouse will be teeming with the beautiful blossoms. Three hundred and sixty-five orchids.

Each day, Abe begins by planting his new orchid. And then it’s time to water the orchids already growing, then lunch and then maybe a movie by himself in the local theater or reading by a fire he’s built with cord wood.

By September, Abe must dedicate every waking hour to planting, watering and pruning his orchids. Then every waking hour is not enough and he sleeps less and less on the cot he has set up beside a small potbelly woodstove in the back of the greenhouse. By the time he finishes watering the last orchid, the first is about to die.

Whatever happened to Sally, he wonders one day. She never has come out to see me where I live now. He plants an orchid, crosses off the day, flips to the next month and sees the next day is already crossed off. He decides this orchid will be named for the wife who went off looking for black holes and never did come back. Abe scratches the letters into the garden log so they spell out S A L L Y, and then onto the name plate – a folded-over index card propped in front of the plant.

A voice comes, “It’s gone. Hurtled out of the range of even Hubble.”

“Sally,” and it feels strange for Abe, to hear his voice not echoing off the soft plastic walls. “How long have I been out here?”

A MASTER MAP OF THE AREA AROUND THE TRILLWELL HOUSE

Later, Brett Trillwell is discussing his father’s new idea with his wife, Rita, who seems to think two things. 1. that it doesn’t matter what they think; it’s not like Thomas was asking permission when he announced his plan, and 2. that it’s a good idea because since Brett’s dad moved in last spring, he’s hardly left the house at all.

There is one city block from the brownstone to the monument on 113th street. In the other direction, the park sits two blocks away. Two blocks in the third direction is the river and two in the last is Clarksdale, where cars go so fast that Thomas has never been bold enough to walk across it. “I figure it’ll take one year. I’ll do a different block each month,” he tells them.

“A month?” Secretly, Brett has hoped his father would forget all this business during the night, but now the night has passed and his plans have taken shape – he’ll create a detailed map of the twelve blocks that surround the brownstone.

“One year,” Thomas tells them. “I figure, it’s a good period of time to spend on something. Every nook, every crack in the pavement, things most people will go their whole lives and not notice. They will all be in my map.”

Rita says she likes the idea, but it’s not until three months later that she really understands what Brett’s dad is doing. Waiting for a streetlight to change to the color that means walk, she looks down at the pavement around her shoes. There once was a leaf there, but the leaf has rotted away. Only the veins are left, looking as if they rise right up out of the cement. Between two veins lays a hallowed-out worm body. Rita wonders if the worm was on the leaf when it fell, or if it climbed on when the leaf was already on the ground, thinking: this must be a tree I’m in. Or if the worm came along like her, after the leaf was all but gone, and this just happens to be the spot where it died.

Meanwhile, Thomas’ life has reversed. Now he spends all of his days outside the apartment. Around dinner each night, he returns with a marble notebook he’s filled with notes and observations made while exploring that day’s area of that month’s block. The notebooks quickly fill his shelves, then spread onto new shelves, then even newer shelves brought in and assembled for the purpose of having more shelves for notebooks.

After dinner, Thomas spends each evening at the long desk in his room, once Jenny’s room – his granddaughter now off at college. Meticulously, he draws every recorded detail into his larger master map. Brett and Rita have decided that the master map must be about as big as the area he’s mapping. But in reality, it’s bigger.

A few times, people from the neighborhood stop by or call to make sure that everything’s ok. They’ve seen Brett’s old dad down on hands and knees staring at the sidewalk, half-buried in the bushes along James Monroe, finger feeling the tiles in the supermarket. Thomas hasn’t been this happy since Brett’s mom passed.

When the year is up, Rita goes into Thomas’ room to get a tour of his work. Marble notebooks have been neatly stacked, floor to ceiling along every wall. The bookshelves behind them are completely hidden, causing the room to shrink a foot in every direction. Thomas is at his desk in the center, copying as usual.

Thomas looks up like he’s not sure what she means. “One more month,” he says. “That’s what we agreed, that I would show you when I’m done.”

“But it’s been a year,” and she approaches the desk from where Thomas is looking at her.

“There’s still one block left,” he says. He shows her a small map, an overhead grid of the whole area. It looks like a picture taken from above. Rita watches him count out the blocks, all crossed off but for one at the center. “Thirteen,” he says.

Rita sees three rows deep, four rows across, but when she counts it out to herself, she gets thirteen too.

“Look what you’ve done,” Brett tells his father the next day. “It must be a new kind of math.” But these words don’t comfort Thomas, who wanders the neighborhood, trying to unravel where this extra space has gone. In the evenings, he examines places on his master map, laying them out on the floor so he can walk through them in his room. And then each next morning, he heads out to endlessly search the folds of an alley, up under the crest of the river sand, circles to the other sides of the trees that line the streets.