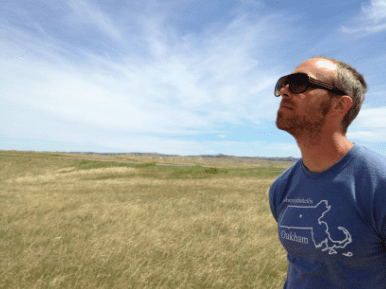 “If you had to have sex with one dead president, who would it be?”

Claire puts a hand directly on top of her head. “Well, Reagan is most recently dead, so he’d be least decomposed.”

Bennie-Jean is the third woman at the table and she has a book open in front of her, is ready to read them the next question that will be on the test they have in an hour in their advanced calculus class at the University of Maryland. But before she can ask it, Doreen goes on, “I mean as they were in their peak of health.”

“Are we talking looks alone? Or how much I’d like to have sex with a man who did so much for the country?”

“Kennedy for me, progress or no progress.”

“I did once see a picture of G. Rudolph Ford with no shirt on, and, well, that body sure wasn’t accidental.”

“Those old guys,” Doreen, now away from her book. “You never know. They may look weird to us now, with their powdered wigs, but they were probably quite handsome.” She hums. “Kennedy had a bad back.”

“Kennedy got this puffy face when he had his pain shots.”

A few minutes earlier and they are actually talking about math, but not about the test. They’re discussing the great Brood X currently taking over the mid-Atlantic United States. Doreen had posed the question, “Cicadas come every prime number of years. But prime from where? Where does it start? A prime number away from any number isn’t always a prime number.”

There was no answer and so one asked, “When do you think the last time the 13-year cicadas, 17-year cicadas and a presidential election all happened in the same year?”

This sets all three looking up at tree branch fractals as they do math in their heads. These are the three oldest women in the graduate mathematics program, all married and each with one child. A fact that none of them know is that the look they each have on their face right now is what caused their individual husbands to fall in love with them. Because there’s nothing like the face of an intelligent woman pulling facts out of abstractions to drive a man zonkers.

Lips move slightly, eyes look deep in REM sleep with the lids still open. All around them, the husks of dead cicadas lay pecked hollow from birds, death from crashing into trees and walls, the ground, cars, faces of co-eds, head-on collisions with other cicadas.

Bennie-Jean’s eyes roll as she sighs, “I did not come to grad school on the east coast to talk about Federalists.”

A local character goes into a video store every day at the exact same time, asking for a movie that has never been made. He lists actors, a director, the year and the big bustling studio on whose lots it was shot. He summarizes the plot for anyone who’ll listen. There are anecdotes too, about the awards it won and lost, anecdotes about other movies that year that should have won, or movies that never ever should have won for that.

After years and countless turnovers of the staff, this guy is like a piece of furniture that rotates through the story of a day in the life of the store. There’s Christmas presents. The staff says that a few years back, someone moved the clock hands five minutes ahead and that day he showed up exactly five minutes early.

One weekend, the clerks all get together. They have a whole lot of beer and not that much drugs really, but they have a DV camera which they use, and Mac software, to make the movie that the man has been describing for so long. Them in disguises and all their closest friends star. And so the next time he comes in, they rent it to him with no big to do.

What the movies is is a series of ways the main characters have figured out to ghost ride their bikes. At the end they stand on the highest crest of Astronomy Hill, six perched above the sprawl of some American sprawl somewhere. The observatory frames them, their little shapes, each with a bike beside them waiting to be set or forced free. They put some time into their outfits. It’s not half bad really. The plot has led to the idea that all previous ghost rides have been practice for this moment, a half hour of verite bikes pushed up the hill. All these long close-ups. It’s the largest slope any of them know.

One hand on the handlebars and the other on the seat, six running steps and let her go. The bikes off down the hill like ghosts are riding them. One bounds off an exposed root, exploding air-born, freezes up there separate from the world. The rest end up in similar variations of out of control and undirected momentum. Until there’s just two bikes left.

For these, it’s like the ghosts riding them are racing. On they go, further than any previous ghost ride that’s shown in the movie. But then there’s that wobble, and one’s leaning away, into the shrubs where it lodges upright to watch the last bike continue on. Some random kid they don’t know watches too, pooped out from the poisonberry for a clear view of the last bike reaching the trough of the hill bottom. And on it goes, straight and slowing until it just stops. Just run out of momentum, falls over flat in the street like a dead thing not killed but all lived out, the ghost riding it dead too, gone for good to wherever dead ghosts go.

People in Logan county Oklahoma have come to The Beacon Drive-In to check out how real a movie called Twister will be. The film is set in the very next county over from where most of them have spent all their lives and so the concession line buzzes with disgusted speculation about how wrong Hollywood is about to get it. When the first Texas Highway road sign is spotted by the audience, all divided into their separate cars, a collective groan sounds like it came out of the little window speakers that grid the place whether the cars are there or not.

In the safety of their individual vehicle, the Jenkins family of three sit eating popcorn. In front of them, Bill Paxton is explaining to the audience how the D.O.R.O.T.H.Y. sensor deployment system will work later in the movie. And there’s a young Philip Seymour Hoffman, nodding right along.

Chewing popcorn, Dave keeps his eyes on the super-sized scene unfolding. “Honey, what does that van remind you of?”

“That trip we took to Baylor in Tony’s VW!”

This is the reason why Suzie Jenkins hates going anywhere public with her parents, because always they’re relating things they encounter to private moments that occurred before she was born. It seems to be the only enjoyment they’re capable of getting out of a movie (and life in general)—dividing it into incomprehensible pieces and then force-fitting those pieces into situations recognizable from memory. On screen, Bill Paxton is attaching a radio to Helen Hunt’s belt so that the rest of the cast can keep on the same page as the Jenkins vis-à-vis the resurrection of the plot’s failed marriage.

When the movie gets to the part where the extras have all been gathered to go to a drive-in movie of their own, Dave Jenkins says, “They’re just like us. Just like that time we went to the drive-in and watched a movie about people going to the drive-in.”

Suddenly, the Jenkins and the cars around them are all headed up, up, up, the world passing in rounds across the surface of the windows. From a spot directly above where they were just parked, the Jenkins can still see the movie, but now playing on the dust and debris that the wind holds up for this purpose. The little radios that once sat on the windows of the different cars all reach out from stretched-out cables, longing for the listeners above them, the movie sounds lost now in the roaring whirl of the crossover.