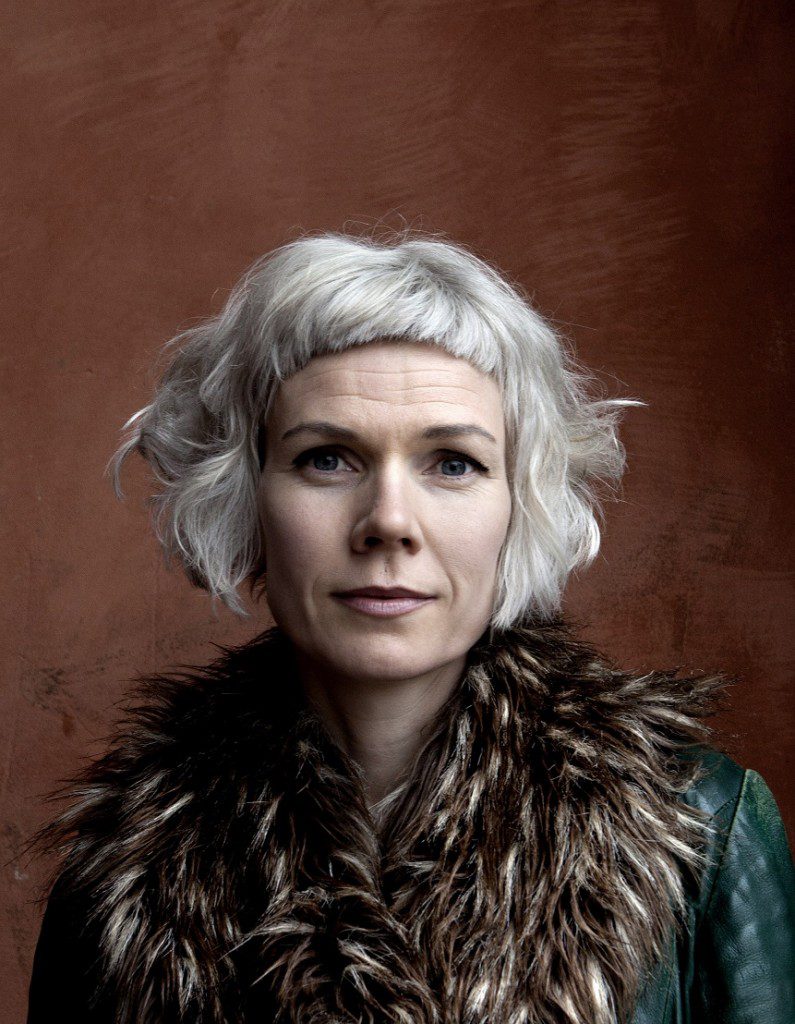 There’s a song I made up when I was a child and afraid of the dark. I used to sing it as I ran home. I’d count the number of windows I passed before the song finished and then start it over again. I used to pretend the song had no end, like a bubble, a perfect sphere, and so long as I was inside it, I was safe. I kneel in front of the armchair now and bend my back as low as I can, bow my head, fold my hands. Then I sing my song several times over, without stop.

The apartment was silent and in darkness when I let myself in. It smelt of smoke and something else, sweet, peculiar. It was only about eleven or eleven thirty. I wondered if Mum had gone out with Svenn. I walked through the lounge, to the curtain that divides her room off, and looked towards the big bed by the wall. The bedclothes lay in a bundle, making it impossible to see if there was anybody under them. Mum, I said quietly. No answer. I said it again. The duvet shifted, noises came from by the wall, it was thrown aside and Mum sat bolt upright, as though she’d been disturbed by a piercing siren. She rubbed her eyes. She was wearing her pink nightdress.

HANNE ØRSTAVIK, was born in 1969 and grew up in Tana, Finnmark, in the far north of Norway before moving to Oslo with her family at the age of 16. Her first novel Hakk (Cut) was published in 1994 and her literary breakthrough came three years later with the publication of Kjærlighet (Love), which in 2006 was voted the sixth best Norwegian book of the last 25 years in a prestigious contest in Dagbladet. Since then the author has written several acclaimed novels and has received a number of literary prizes, including the Dobloug Prize, for her entire literary output, and the Brage Prize, Norway’s most prestigious literary award. Ørstavik’s novels have been translated into eighteen languages. The Blue Room is being published on June 12, 2014 and will be her first work translated into English.

DEBORAH DAWKIN trained as an actress, and worked in theater for ten years. She has written creatively and dramatized works, including the poetry of the Norwegian Inger Hagerup. Other translations include Ugly Bugly and Fatso, both by Lars Ramslie and To Music by Ketil Bjørnstad, which was nominated for the Independent Foreign Fiction Prize. She has also worked with Erik Skuggevik on many translations from Norwegian, including Ingar Sletten Kolloen’s biography of Knut Hamsun. They are currently translating eight plays by Ibsen for the new Penguin edition. Deborah has an MA in Social and Cultural History and is working on a PhD on the translator, Michael Meyer.