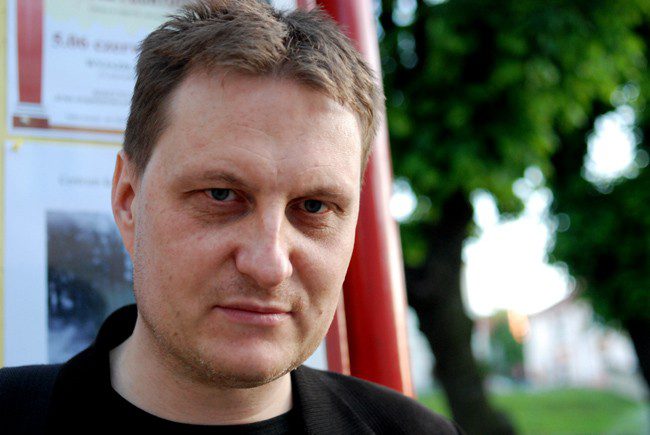 Translated from the original Polish by Piotr Florczyk

The first rain. Sidewalk slabs.
Sparrows fight over a breadcrumb.

Nothing else has happened.
A lost word did not raise an uproar.

So many poems.
So many nice poems.
More and more
and still getting stronger.
So many books of poems.
So many award-winning, groundbreaking volumes.
So many good poets around.
So much poetry

that finally one would like to be
the author of just one poem
that disturbs the sleep
without being beautiful.

THE END OF CLASSICISM

A china teacup.
A red-blue pattern against a white background.
Sunlight falls through the window
and brings out every detail.
Relaxed rigor and clear formula –
no longer spring, not yet summer.

JACEK GUTOROW is a Polish poet, translator, and literary critic. He has published five books of poems (a collected edition, Nad brzegiem rzeki. Wiersze z lat 1990-2010, was published in 2010). His poems have been translated into German, Lithuanian, Bulgarian, Belarussian, Ukrainian and Czech. Gutorow is a devoted essayist and literary critic, with an important Ludwik Fryde Award (granted by the International Association of Literary Critics) to his name. His translations include books by Simon Armitage, Wallace Stevens and Ron Padgett, as well as work by Henry James, John Ashbery, Charles Tomlinson and Mark Ford. He lives in Opole. The four poems presented here are taken from his new volume which will be published later this year.

PIOTR FLORCZYK is a poet, essayist, and translator of six volumes of Polish poetry, including The Folding Star and Other Poems by Jacek Gutorow (BOA Editions, 2012), The World Shared: Poems by Dariusz Sośnicki (co-translated with Boris Dralyuk; BOA Editions, 2014), The Day He’s Gone: Poems 1990-2013 by Paweł Marcinkiewicz (Spuyten Duyvil, 2014), and Froth: Poems by Jarosław Mikołajewski (Calypso Editions, 2013). He lives in Santa Monica, California.

Poem at Poets.org
Poem in Guernica